I was chatting with an old friend of mine earlier this week. He started a company called Stray Dogs Classics.

With chip shortages making new cars hard to get your hands on and used car prices up even higher than new (percentage-wise), he found an opportunity.

He has been importing classic Land Rovers into the U.S. And they’ve been selling like hot cakes. These rovers look like – and are – classic safari vehicles. 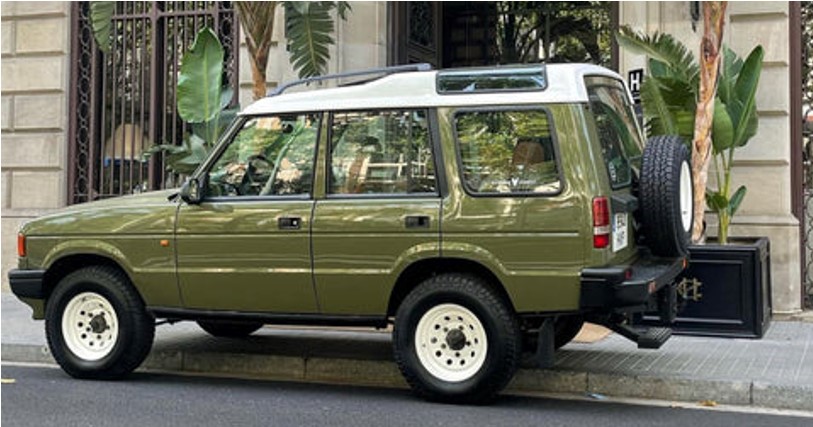 The cars are reliable as hell… and don’t have a single semiconductor in them.

This is just one example of how the chip shortages are putting a strain on the U.S. auto industry. People are now turning to companies like Stray Dogs for a solution.

And that’s not all… I was helping my mother-in-law shop for a new car last week, and we stumbled across the Audi dealership.

So many of those Audis were beautiful, with leather seats, touch screen displays, and so forth.

But we kept noticing they didn’t have power seats or any of the lane assistance technology we see in commercials.

Audi’s solution to the semiconductor shortage was to cut those “bonus” features – in exchange for a $2,000 dealer credit to make up for not having the options.

These are just two anecdotes to show how the chip shortages are still causing issues for the auto industry.

The good news is, this might not be a problem for much longer.

Yesterday, the Senate passed the CHIPS (Creating Helpful Incentives to Produce Semiconductors for America) Act of 2022. This $280 billion bill will boost the semiconductor industry in a number of ways.

The bill now heads to the House and – assuming it passes there as well – will promptly land on Joe Biden’s desk for his signature.

This also includes $24 billion in tax credits until 2026 for companies’ investments in the semiconductor manufacturing space.

Overall, the bill aims to spur on the production and innovation in this very critical technology.

And with the CHIPS bill boosting the U.S. semiconductor industry, we might just see a turnaround in the auto industry sooner than expected.

And it’s not a moment too late…

More Chips Will Add Fuel to the EV Boom

Crossing this 5% threshold is an important feat. Historically, tech analysts use the 5% threshold as a signal that mass adoption of a new technology is beginning.

Analysts look at this as the period when consumers’ technological preferences begin to rapidly shift. It’s the point when early adopters of the tech are overtaken by mainstream demand.

Before this threshold, sales, demand, and growth are unpredictable. Afterward, adoption and demand rapidly accelerate. 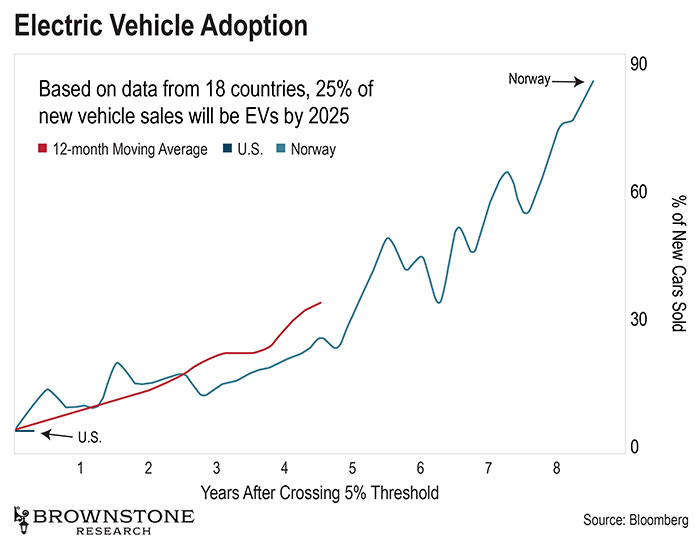 If the U.S. follows the same pattern as 18 other countries that have already hit this 5% threshold, then we should expect 25% of new car sales to be EVs by 2025.

That might sound like a crazy number of EVs. But green initiatives and high prices at the gas pump are pushing demand for EVs higher than ever before.

And the EV industry is putting immense pressure on chip makers to produce more. We’re not just talking about EV giants like Tesla either. Ford, Chevy, GM, Toyota, Honda, VW, Hyundai, and more all have EVs out now or in the pipeline.

And now with the CHIPS Act making its way through legislative channels, we might see an end to the semiconductor shortage… and the biggest EV boom in history.

We have an incredible opportunity to invest in an industry that’s been beaten down for the last year. The semiconductor industry has suffered downgrades, neon shortages from the war in Ukraine, and supply chain pinches.

The VanEck Semiconductor ETF tracks the performance of the semiconductor industry, and it’s down 27% in 2022 alone. 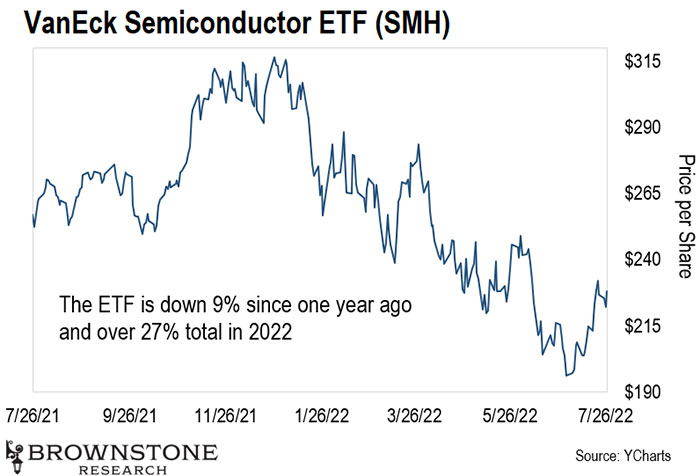 That means the VanEck Semiconductor ETF is priced at a huge discount right now.

These companies are developing new manufacturing facilities to meet increasing world demand. And most are even setting up new shops right here in the U.S.

And as the EV boom really gets underway, these companies are going to see more demand than ever before in the coming years. That’s a big tailwind…

Growth is right around the corner for a number of these companies and the overall semiconductor industry… which means savvy investors should consider adding at least a small position to this sector in the near future before things really take off.