Not surprisingly, the first three months of this year set records for dollars raised by U.S.-based startups. They raised $69 billion in capital – an impressive 41% higher than the previous record, which was set in the fourth quarter of 2018.

This incredible level of investment has been driven by a combination of factors… $3 trillion of dry powder looking for investments, the guarantee of artificially low interest rates, a post-pandemic recovering economy, trillions of dollars in stimulus spending (the likes of which the world has never seen… basically free money for just about anything), and a pace of technological advancement that feels fast even compared to just two years ago.

It’s no wonder the early stage tech and biotech venture markets are on fire right now. It is extremely fun and also exhausting. I’ve never seen so many deals week-in and week-out over the last six months compared to anytime in the last two decades.

And while most are uninteresting, the number of high-quality projects is better than I’ve ever seen before… and these projects tend to carry much higher valuations as a result.

The other dynamic is that fundraising cycles are being dramatically compressed.

But look at what happened with Clubhouse, the hot audio-only social media application, within the last 12 months:

That’s a 50X increase in valuation between May of last year and this month. 50X in just 11 months.

Between January and April, Clubhouse didn’t burn through its $100 million Series B. It didn’t need the money. But when investors are willing to provide capital at a valuation that is 4X higher in just a matter of months, Clubhouse can do so without too much dilution. Why not take the growth capital?

And it wasn’t “dumb money” investing at the $4 billion valuation. The round was backed by Andreessen Horowitz, DST Global, and Tiger Global Management.

Any disruptive idea, any strong entrepreneurs, and any companies that are demonstrating accelerated growth have access to just about as much capital as they are willing to accept.

The capital is “fuel.” It is accelerating the rate of technological development. We are now pulling advancements forward by years because capital is no longer the constraint for good ideas and good people. And they will build the next generation of technology-enabled enterprises and therapies.

We are absolutely experiencing a major “leap” in progress. We have so much to look forward to.

Amazon recently filed two patents that caught my eye. These patents – filed independently – give us a strong insight into Amazon’s next strategic initiative when looked at together.

The first patent was published in December. It depicts a method of taking custom measurements of people in order to help consumers buy the right size of clothing when shopping online. 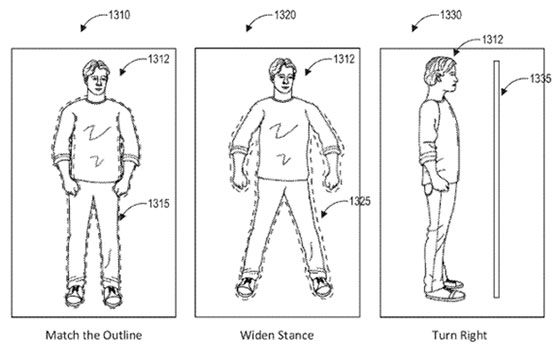 This makes perfect sense. Obviously, there’s no opportunity to try anything on ahead of purchase. So anyone shopping for clothes online will have questions about the right size for them.

But there’s a problem here. How exactly would Amazon take custom measurements?

Requiring consumers to buy a specialized device like a full-sized mirror that somehow scans the body accurately just wouldn’t be a successful go-to-market strategy. Few consumers would be willing to absorb the cost for the convenience.

That’s where Amazon’s most recent patent comes in. Filed earlier this month, the second patent depicts a method of compiling images from a smartphone – each taken from a different angle – into a three-dimensional composite image of the consumer. 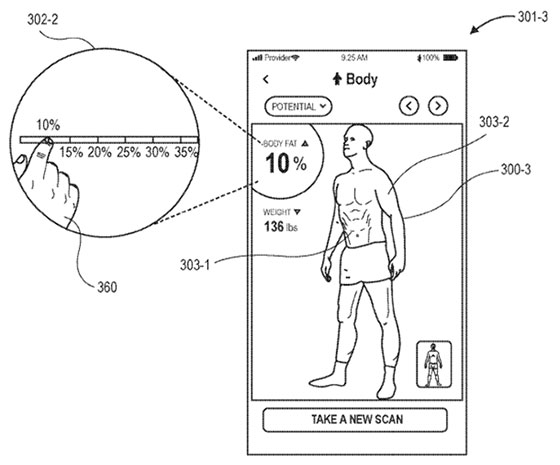 As we can see, this approach would measure things like height, weight, and body fat. Amazon will then deploy a predictive algorithm to ensure that the sizing recommendations are accurate.

Now we’re talking. This is something that consumers would happily use. All they have to do is take a few pictures with their smartphone. Amazon will take care of the rest.

These patents make it obvious to me that Amazon has ambitions of being a major player in selling clothing and apparel. That’s an area that Amazon has historically had a difficult time penetrating.

Imagine a system where Amazon deeply understands the unique fit of each individual consumer as well as the sizes of the brands that it is selling. It can accurately predict which sizes and even which types of clothes will be most suitable for each body type.

For those of us who don’t like or have time to go shopping, being able to buy clothes that fit perfectly online will be a major draw. Plus, we’ll get Amazon’s lightning-fast two-day shipping.

What’s more, I don’t think this will stop at simple sizing recommendations. For consumers willing to pay a bit more, Amazon could facilitate the equivalent of semi-custom clothing lines where clothes are tailored for individual consumers to achieve the best fit.

My guess is that we’ll see some major developments here within the next 12 months. The timing couldn’t be more perfect. The retail industry was severely damaged during the pandemic, and major department stores closed. Now consumers are far more interested in shopping online and trying on clothes at home.

The market will be surprised when Amazon officially announces this initiative, but readers of The Bleeding Edge will already be in the know.

It is an exciting sign of the times. The University of Chicago just launched a program called Duality. It’s the world’s first “accelerator” program focused on supporting quantum computing startups.

This may seem minor to those unfamiliar with the early stage industry. But believe me – this is a milestone. I look at moments like this as the point in time when an industry rapidly starts to come of age.

Accelerators are organizations that provide funding and structural support to promising entrepreneurs and founders who need help making their great idea a reality.

Accelerators connect these founders with seasoned professionals who can help them take the first steps toward building a company. In addition to funding, they help formulate the founder’s vision. They refine the management team’s focus. And they connect the startup to the people it needs to partner with in the industry.

This accelerator model has been pervasive for decades now in the early stage tech and biotech ecosystems. I’m very excited to see it now coming to the quantum computing space as well.

We should also note that Duality is associated with the Argonne National Laboratory, which just celebrated its 75th anniversary. This is where much of the early work on nuclear energy for peaceful purposes – energy generation – was born.

In recent years, the laboratory has done a lot of work on hydrogen energy as well as quantum computing. The team at Argonne will provide tremendous expertise to quantum computing startups going through the program.

Duality plans to launch with $20 million in funding. It hopes to use these funds to jumpstart about 10 new quantum computing companies per year.

We have talked before about the work companies like Rigetti, IonQ, and PsiQuantum are doing. These are the first generation of fairly recent startup companies in quantum computing. The Duality accelerator will help launch the second generation of companies in this industry.

This is a tell-tale sign that the quantum computing industry is taking shape.

But as we’ve been tracking in The Bleeding Edge, quantum computing has been experiencing a series of breakthroughs over the last couple of years. This means we’re in for even bigger developments in the next two.

Get ready for the iPhone 13…

That’s right – the iPhone 13 is coming. I know it feels like we just got the 12, but it’s almost May. Apple tends to announce the new iPhone in September each year. It’s coming fast…

I track the production and output at Taiwan Semiconductor Manufacturing Company (TSMC) very closely, and I can confirm that TSMC has already started volume shipments of Apple’s next iPhone processor. It’s called the A15. It will be the iPhone 13’s “brain.”

TSMC is shipping the A15 to contract manufacturers like Foxconn right now. These manufacturers will then produce the final iPhone 13 product. It’s a lengthy process that requires a lot of advanced planning.

So what’s different about the iPhone 13 compared to the 12?

Well, TSMC is using the N5+ manufacturing process. It’s the same five nanometer (nm) process that was used for the iPhone 12, except it has some small improvements. That’s what the plus sign indicates.

As a result, we won’t see material improvements in the performance of the iPhone 13. That will come in the iPhone 14 in 2022.

However, there is one major and exciting change. A new material will be used in conjunction with the high-quality OLED screens that are currently used in the iPhone 12.

The use of this special material almost certainly guarantees an upgrade to the iPhone’s screen refresh rate to 120 Hz. It may sound like a small detail, but it is actually a technological change that we’ll notice.

When we scroll through a website or a long email, sometimes the screen can delay or jitter. This is due to a lower refresh rate. At 120 Hz, these problems will go away. Essentially, with twice the refresh rate, the consumer experience will be seamless.

Also of note, every iPhone 13 model will be equipped with lidar. This is the 3D-sensing technology that enables depth perception, which is critical to augmented reality (AR) applications.

As a reminder, only the two high-end iPhone 12 models came with lidar. The fact that Apple is making it standard now shows that it is laying the foundation for the widespread adoption of AR technology.

It will take another 12–18 months before more than half of all iPhone users will have new devices equipped with lidar. But once that’s the case, we will see a rapid rollout of AR apps for the mass market.

So while the iPhone 13 likely won’t be much better than the 12, it will help shape the future of the industry.

Looking ahead, we’ll see the next big iPhone jump in 2022 when TSMC migrates to a 4 nm – and maybe even a 3 nm – manufacturing process. That will provide major performance enhancements in terms of processing power and power efficiency.