I’m happy to share some pretty incredible stories from my conference at MIT.

Today, I’ll share some interesting insights on artificial intelligence and semiconductor technology. Tomorrow, I’ll be diving deeper into updates on quantum computing. Be sure you look for that.

And as a reminder, you won’t find these insights on CNBC or in The Wall Street Journal. I share my “boots on the ground” research exclusively with my readers.

Moore’s Law is not dead…

One of the first presentations at the conference came from Jim Keller, who is a senior vice president of Intel’s Silicon Engineering Group.

Keller also spent years designing semiconductors at AMD. He was one of the key guys responsible for AMD’s meteoric rise over the last few years. Keller also had a stint at Apple designing chips for the iPhone.

So he has a ton of “street cred” in the industry.

During Keller’s talk, he quipped, “Moore’s Law has been dead every 5 to 10 years.” The audience chuckled because they knew exactly what he meant.

People within the tech space – very smart people – have been predicting the death of Moore’s Law for years now… But they keep getting it wrong.

For readers just joining us, Moore’s Law is the observation that the number of transistors in semiconductor integrated circuits doubles roughly every 18 to 24 months. Moore’s Law explains the exponential growth in processing power – and technological progress – we’ve enjoyed over the last few decades.

Even gutsier, Keller predicted that we will see semiconductor process technology get 50 times smaller within the next 10–15 years.

That’s a bold statement. And it has major implications. If Keller’s right, the technological development we will see over the next decade will dwarf what we’ve seen over the last 15 years.

For perspective, think about the electronic devices we used back in 2004. Bulky CRT (cathode ray tube) monitors… heavy laptops… flip phones… the list goes on.

The devices we use today are lighter, sleeker, and far more powerful. Yet they are going to be made obsolete by what’s coming next…

Unlike so many others, Keller is consistently right with his predictions… And I agree with him.

Neuromorphic computing is on the rise…

Another interesting talk came from Catherine Schuman of the Oak Ridge National Laboratory. Oak Ridge is where the world’s most powerful supercomputer, Summit, resides.

This is a hot area of AI research right now. And by learning just a bit about it, we’ll be ahead of 99% of technology investors out there.

Neuromorphic chips are designed to operate with low power yet make massively parallel computations. That means they can perform many tasks at the same time… just like the brain.

They also have memory and processing power on the same chip. That allows neuromorphic chips to respond to events in real time… also just like the brain.

Schuman told us that there are two leading categories of neuromorphic research right now. The first is in neuroscience research. She mentioned the University of Manchester’s SpiNNaker as one of the top projects out there. This is a platform attempting to “unravel the mystery that is the mind.”

She also mentioned the BrainScaleS project at Heidelberg University. This is a platform aiming to understand and mimic the information processing power of the human brain.

There are immense applications in computing and medicine if we can crack the brain’s code.

The second leading category of neuromorphic research is computational-driven. Schuman mentioned IBM’s True North neuromorphic chips as well as Intel’s Loihi chips as the leaders in this space. 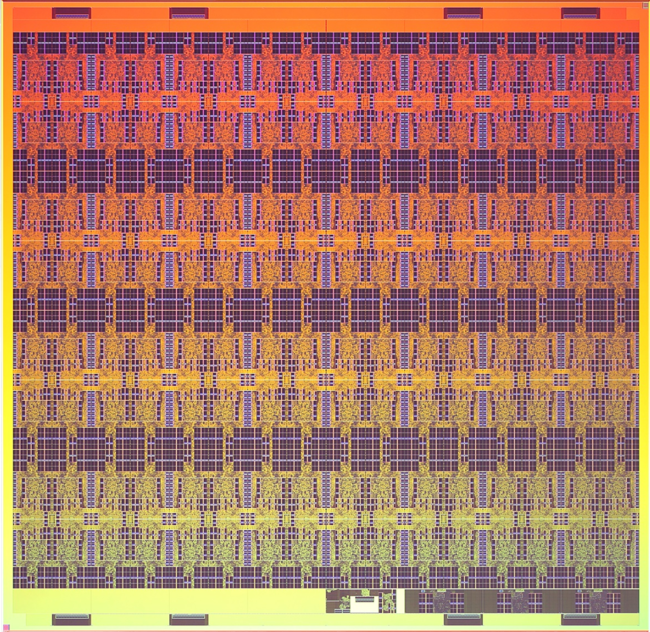 I’ll also point out that an Australia company called BrainChip is doing great work in this space as well. It developed a neuromorphic chip called Akida that I have been following closely.

None of these companies are recommendations; I’m just sharing the landscape of neuromorphic computing.

This kind of semiconductor design is important for us to follow… The technology can be applied to complex problems that would benefit from processing large data sets in parallel. Running artificial intelligence and machine learning software on neuromorphic semiconductors holds great promise for complex applications.

These applications might be anything from controlling autonomous vehicles to discovering new molecular structures for materials science and drug discovery.

A live demo of a brain-computer interface…

The most exciting presentation of the day came from Thomas Reardon, former CEO of CTRL-labs. We talked about CTRL-labs back in June.

This company developed a wristband-like brain-computer interface that uses electromyography (EMG) to allow wearers to control a computer or connected device with just their mind.

The wristband device picks up on signals from neurons that travel from the brain… down the arm… and to the hands. The device then transmits those signals to a computer system, allowing users to perform actions using their thoughts.

Now, back in June, I had only seen a video of a prototype of this device at the inaugural Amazon re:MARS 2019 conference. It was impressive enough for me to write about it in these pages… But it wasn’t commercial grade yet.

Well, CTRL-labs has been busy since then. Reardon did a live demo for us yesterday. And it was nothing short of incredible.

Wearing the wristband, Reardon showed how he could control a hand on a computer screen in real time. Just using his mind, he moved his fingers all around. And then he rotated his hand back and forth at will.

I was blown away by how much progress CTRL-labs has made on this since June. The wristband is now sleeker, wireless, and completely noninvasive. We could wear one of these devices underneath a long-sleeve shirt, and no one would know we had it on.

By the way, if we think about what Jim Keller said about semiconductors getting 50 times smaller… we can expect this wristband to get smaller over time as well.

Naturally, such an incredible product didn’t go unnoticed. Facebook acquired CTRL-labs back in September for somewhere between $500 million and $1 billion (the exact terms haven’t been disclosed). That’s a huge price tag considering only $67 million had been invested in the company up to that point. But it was a shrewd move by Facebook.

Reardon suggested to us that Facebook is focused on mixed reality interfaces with this product. If we think about being able to use augmented reality (AR) or virtual reality (VR)… and to control actions with just our thoughts… that’s a game changer.

After all, users don’t actually need to move their hands or fingers to use the device. They just need to think about moving. Here’s how Reardon put it when he spoke about the direction of the product: “You have suddenly become Luke Skywalker with powers you have never had before.”

So very soon, it will be normal for people to walk around with devices like this – or ones that are even smaller and thinner – that allow them to issue “thought commands” to computer programs, AR/VR headsets, and potentially even their smartphone.

Imagine being able to type an email or text message with your hands in your pockets.