Before we get to today’s insights, I wanted to extend an invitation on behalf of my colleague Jeff Clark.

Most readers don’t know this, but before I launched my first investment research product, Exponential Tech Investor, I was a very active options trader. And Jeff Clark was one of my go-to sources for insights on short-term market moves. He’s an incredible resource for traders.

If you’re interested in learning from Jeff, he’s hosting a free trading summit. It starts tomorrow night at 8 p.m. ET. You can join for free by simply going right here.

Now on to The Bleeding Edge…

In September 2017, Equifax, one of the three largest consumer credit reporting agencies, revealed that hackers were able to steal sensitive information about nearly 148 million Americans from its servers.

The hack led to a class-action lawsuit that has revealed some unbelievable things.

It turns out that most of the stolen information was left unencrypted and accessible via a public-facing website. In other words, any hacker who discovered where to look could download the data freely.

And it gets worse.

Other highly sensitive data was accessible via a portal that required a username and password. But it wasn’t too hard to figure out how to gain access.

Equifax, in its brilliance, employed the username “admin” with the password “admin” to “secure” the highly sensitive data. Would any of us want to trust this company with our social security numbers?

These are the cybersecurity practices of a company valued at $20 billion. And the most ironic part is that after the stock collapsed 35% on the news of the breach in 2017, it is now trading back around its all-time highs.

Before the Equifax breach, companies often viewed cybersecurity as a cost, not an investment. But the extent of this breach changed that. We can expect increased spending on cybersecurity going forward. And that will present opportunities for technology investors.

New research out of the University of Alabama’s Propulsion Research Center is giving hope to the possibility of space travel using a warp drive.

That’s right – it now appears possible to propel a spacecraft faster than the speed of light. This is the stuff of Star Trek lore that we’ve dreamed about for decades.

This new research has revived the work of physicist Miguel Alcubierre in 1994… which itself piggy-backed on Einstein’s theory that the space-time continuum could be warped due to the large gravitational effects.

Alcubierre envisioned a warp bubble that could be used to do just that – distort the space-time continuum. The bubble would carry a spacecraft inside of it. Once in motion, the bubble would compress space in front of it and stretch space behind it, thus propelling the spacecraft through space faster than the speed of light. 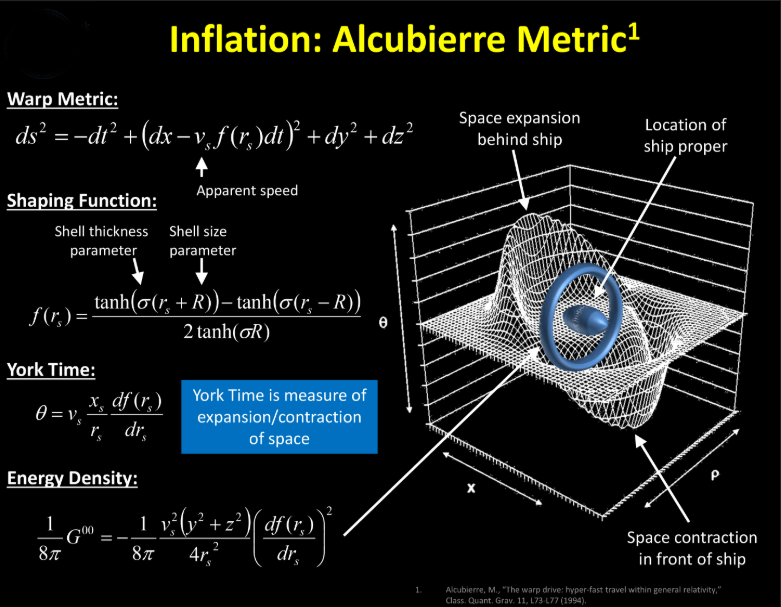 Of course, this was just a far-fetched idea at first. That’s because there’s been no evidence that space-time could be warped. It was just Einstein’s theory.

Well, now we have our evidence…

Scientists have detected tiny gravitational waves rippling through the universe. These waves are caused by large events, like two black holes merging. And they provide evidence that the space-time continuum can, in fact, be warped.

And if space-time can be warped, then Alcubierre’s warp bubble becomes far more realistic.

This has the scientific community buzzing with excitement right now. The ability to create a warp bubble like this would open the door to long-distance space travel. We could explore solar systems light-years away for the first time in history.

As we’ve talked about before, we are witnessing a renaissance in space technology right now. Much of that is due to private capital pouring into the industry.

These are the sort of stories that I love to share in The Bleeding Edge. After all, our mission is to keep readers up to date on the technologies at the forefront of progress. What could be more bleeding edge than a warp drive? I can’t wait to report the first breakthroughs when they come. Stay tuned…

More exciting news from the world of CRISPR…

Meanwhile, back on Earth…

Victoria Gray is the first person in the United States to be treated with CRISPR for sickle cell disease. Gray was treated weeks ago, in a clinical trial administered by Vertex Pharmaceuticals. And so far, the treatment appears to be working…

For context, sickle cell is a disease that results from a genetic mutation. It causes the bone marrow to produce a defective protein, which in turn gives the red blood cells an odd shape. Then the blood cells get stuck inside of blood vessels, and the body doesn’t function properly. It’s a painful and debilitating disease that leads to a shortened lifespan.

In this CRISPR treatment, the bone marrow cells are edited outside of the body to correct the genetic mutation. The edited cells are then placed back in the body. This is called an ex vivo therapy.

Remember, CRISPR technology makes our DNA “programmable.” It allows us to correct and edit our DNA as if it were software code. This is particularly useful when we have a bad genetic mutation.

The hope is that the bone marrow begins producing a healthy protein, which leads to normal red blood cells… thus curing the disease.

It’s still early days, but it looks like the CRISPR treatment is working for Victoria Gray. Early results are positive. In fact, she called her edited bone marrow cells “supercells”.

So it looks like Vertex’s CRISPR therapy could be the cure for sickle cell disease. It will ultimately treat 45 patients in the clinical trial. We will know more in a few months as additional results come back. But this is very promising.

We are seeing new CRISPR breakthroughs every week now. And with several other CRISPR companies launching human clinical trials in the coming months, we can expect this trend to continue.

The AI that detects breast cancer…

New research out of New York University just demonstrated an AI that can identify breast cancer with 90% accuracy. That’s about as good as the best radiologists. To get to this level, the AI was trained on one million mammogram images.

The goal of this research is ultimately to help radiologists reduce the number of biopsies performed. That’s when a tissue sample is surgically removed for examination. Biopsies are painful for patients. And they are quite expensive. In fact, a single biopsy, with all the associated services, can cost around $32,000.

So the hope is that the AI can reduce unnecessary medical procedures by identifying whether a biopsy is necessary. The AI can also identify breast cancer in certain images that the humans missed, therefore recommending a biopsy where necessary.

But get this… The research demonstrated that the best diagnostic results occurred when radiologists collaborated with the AI. The humans picked out problem areas in certain images that the AI missed and vice versa.

That’s exciting to me. And it is more proof that AIs will empower human specialists, not replace them.

This is a concept we’ve talked about in these pages before. I know the mainstream media latches on to fear stories about AI coming to take our jobs… But it’s not true. While there will be job retraining and career changes, the future will be one where we work alongside AIs to achieve the best results.