As a reminder, the Libra Association positions itself as an “independent” governing body to oversee Facebook’s ambitions to create a digital currency. Libra would be used across all its technology platforms like Facebook, Instagram, and WhatsApp.

The reality is that Libra is a Trojan horse for delivering a large suite of financial services and even more grandeur, creating a global digital reserve currency billions of people can use…

This has not been lost on many policy makers in the U.S. and other countries, which is why Facebook CEO Mark Zuckerberg has been frequently seen testifying in front of Congress… and not very well, I might add.

Dorsey is smart to take this position. After all, supporting Libra would only put him, and Twitter, under more scrutiny. The company is already dealing with concerns over fake news and liberal bias. Why attract more attention? It’s smarter not to.

The other reason is philosophical…

One company did not build the internet. And the internet didn’t innovate, develop, improve, and evolve with just one team. It has been a decentralized movement, a global technology community with a simple goal… to make the internet open and accessible to all, not under the control of any one company.

This is why Dorsey said, “Hell no.” He believes that the future is about decentralized cryptocurrencies that communities create with aligned goals.

But this won’t stop massive corporations from trying. Google, Amazon, Facebook, Microsoft, Netflix, and even Apple are all technological giants with massive networks of consumers that can be “leveraged” to build a massive economic network using digital assets like cryptocurrencies. I suspect this will be too tempting to resist.

Much more on this in the weeks and months ahead. But for now, our insights…

The most important part of Tesla’s Q3 earnings release…

Tesla reported third-quarter earnings results last week… And they were spectacular. The stock shot up about 30% in the two trading days following the report.

The company generated about $370 million in free cash flow for the quarter. And it showed a $143 million profit. This surprised Wall Street, which had low expectations given that Tesla had not shown a quarterly profit since the fourth quarter of 2018.

With these results, Tesla now has $5.3 billion in cash on the books. That’s exciting news. But here’s the most important announcement Tesla made last week…

The latest version of Tesla Autopilot is now nine times safer than human drivers. And that’s based on numbers from the National Highway Traffic Safety Administration (NHTSA).

What’s more, we are seeing exponential improvement in Autopilot’s safety.

That’s an incredible improvement in a short period of time (just three quarters). This shows us how quickly Tesla can improve its artificial intelligence (AI) using the data it collects from Teslas on the road. And it also shows us that the safety of Tesla’s self-driving technology continues to improve at a rapid pace.

By my rough calculations, Tesla’s safety will improve to only one accident for every 10 million miles driven within just five quarters – in other words, by the end of 2020.

As longtime readers know, I’m very bullish on Tesla’s future. Here’s a company that was hated by most investors and the mainstream financial press. But I saw what they all missed…

Tesla isn’t a normal automotive manufacturing company. It’s one of the best artificial intelligence companies on the planet. The progress of Tesla’s Autopilot proves that. Rest assured, Tesla’s best days are still ahead of it.

Amazing research just came out of the annual meeting for the Society of Neuroscience. Researchers presented an AI that empowered a paralyzed person to write with just his mind.

“Handwriting” With the Mind 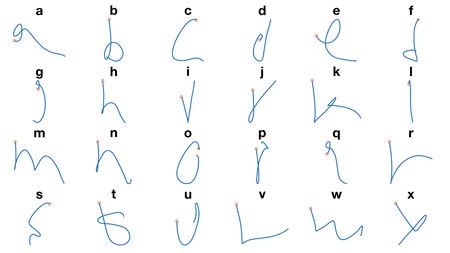 In the study, a paralyzed patient imagined moving his hand to write every letter of the alphabet. This brain activity was fed into a neural network, which “learned” which letters went with which imagined movement. This empowered the patient to “write” by just using his mind.

That means the AI can’t interpret thoughts as fast as the average person can type yet. But this is just the first version. The AI will improve with additional training. Eventually, accuracy will hit 100%. And the AI’s speed will rise to meet the average typing speed.

So this is very promising work. And it has many applications.

Or what about wheelchairs? Users could move the wheels with just their mind. Suddenly, people living with paralysis can reclaim their own mobility. The convergence of artificial intelligence with robotics is one of the most exciting areas of technological development I’m tracking right now.

Facebook just developed an AI that can thwart facial recognition technology. To do this, the AI takes a given video or image of a person and slightly distorts it. This makes it so facial recognition software can’t figure out who it is.

Facebook is saying this is a privacy tool. It claims to have developed this AI to protect its users. Of course, that’s not the whole truth…

As a result, Facebook was hit with a $35 billion lawsuit. The lawsuit alleges that Facebook illegally collected and stored biometric data on millions of people without their consent.

(As of this September, users may opt out of the facial recognition setting, and any new users must opt in.)

Clearly, this new AI was built to help with the lawsuit. Facebook hopes to show the court that its tools can increase privacy and fight facial recognition. This is ironic since Facebook is one of the biggest threats to privacy on the planet.

Also ironic is that this tool could add another layer to the deepfake issue we have talked about before in these pages.

As a reminder, a deepfake is an AI-produced video that makes an individual appear to do or say things that he or she didn’t really do or say. This is done to manipulate public opinion.

I have said several times that we need a mechanism for certifying real content and identifying fake content online. Well, with a deidentifying AI like the one Facebook just put out, that task just became even harder.

If anyone can scramble any video or image at will… knowing what’s real and what’s fake will become an ever-larger challenge.

I’ve said it several times… Facebook makes for a great investment. But the company continues to mismanage and abuse its incredible position to the detriment of society.