What a way to start off the week…

As expected, Moderna just released the interim results from its Phase 3 COVID-19 trial early this morning.

The announcement comes just 13 days after the U.S. election, and the results announced came from data that Moderna already had back in October.

As a reminder, U.S. taxpayers funded the development of Moderna’s vaccine. The Biomedical Advanced Research and Development Authority (BARDA) – a division of the U.S. Department of Health and Human Services (HSS) – has already committed $955 million in federal funding to Moderna. And the U.S. government has committed up to $1.525 billion to Moderna.

As a taxpayer, I would have certainly preferred to receive the information as soon as possible. We paid for it after all.

And any news that shows us a vaccine or a therapy for COVID-19 presents a path toward returning back to normal. It is something that will snap the mass media out of this fear- and panic-driven lockdown environment.

Moderna’s data was great after all.

The first tranche of results demonstrated a vaccine efficacy of 94.5%. Also worth noting is that all 11 of the severe cases of COVID-19 came from those who were in the placebo group… in other words, they never received Moderna’s vaccine.

Additionally, Moderna signaled its intention to submit its application for emergency use authorization (EUA). With results like these, this comes as no surprise at all.

Unsurprisingly, not only was Moderna’s stock up today, but so was the overall market. We are continuing to see one piece of great news after the other with regard to COVID-19 vaccines and related therapies.

I suspect we’re in for another good week… I wonder which biopharma company will deliver great news next? 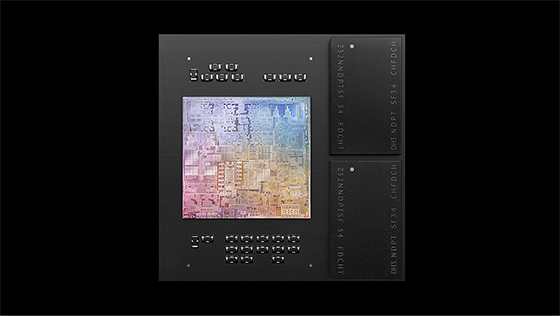 The M1 chip will replace Intel’s central processing unit (CPU), which Apple has used in its computers for so many years. The M1 will be featured in three new products – a new MacBook Air laptop, a new MacBook Pro laptop, and a new Mac Mini desktop machine.

And the performance numbers are incredible.

We aren’t talking incremental improvements here. These are massive performance gains in just a single generation.

The M1’s eight-core CPU is over three times faster than Intel’s i7. And its GPU can run 25,000 threads at the same time. That’s six times faster than any other graphics processing unit (GPU) that’s been used in a desktop or laptop.

And get this – Apple even built what it calls a “neural engine” into the M1. This is a semiconductor used for a form of artificial intelligence (AI) called machine learning (ML). That’s right – Apple built machine learning capability right into the hardware.

The fact that Apple has made ML performance core to its new computers tells us that this technology isn’t just for corporations, governments, and academic institutions anymore. Obviously, Apple envisions a world in which ML applications are standard on common consumer devices. That means an explosion of applications will follow.

Historically, companies building computers have used what the industry calls “merchant silicon products.” These are chips built by companies like Intel and sold to everybody.

So all the major players in the industry used the same CPU and built their computers around it. That put computers and laptops roughly on par with each other. Companies could optimize around the edges, but any improvements were incremental or cosmetic.

Apple has built a beast of a system on a chip (SoC), which includes not only the ARM-based processor but also security technology, memory chips, graphics processing capacity, and the neural engine mentioned above.

And all of this has been optimized for Apple’s operating system and designed using bleeding-edge, 5 nanometer semiconductor manufacturing technology.

Now that Apple has blazed the path, building generic products just won’t cut it anymore. Other companies will have to build custom, optimized hardware to keep up with Apple’s performance gains.

This is why I’ve said Apple’s tech often begins a “super cycle” that has knock-on effects throughout the rest of the industry. And if investors want to know the best way to position themselves for the tech super cycle happening right now, I recommend they check out my recent presentation here.

This is great news for consumers. We will see rapid advancements from here.

Could there be life on Jupiter’s smallest moon?

Europa, Jupiter’s smallest moon, happens to be one of the most interesting moons in our galaxy.

It doesn’t get talked about much because its incredibly cold and covered with ice. But what makes Europa unique is that it has vast underground oceans locked away under layers of ice.

And these oceans aren’t liquid methane or ethane like they are on Titan. They are liquid water. H2O.

For this reason, scientists believe that there’s a strong chance that these oceans harbor a diverse array of aquatic life, just like our oceans here on Earth. The challenge is – how do we find out?

Well, some clever scientists figured out that if we beam electrons at Europa’s icy surface, it will excite particles underneath the surface. Then they will emit visible light.

That is to say, the underlying particles will start to glow. And this glow can give us some insight into what’s “hiding” in those oceans.

There are many different frequencies of visible light. And “reading” the light coming from Europa will give us critical information.

Is there organic material down there? Is it just pure water? Or are there other elements present as well? The answer to these questions will inform our understanding.

NASA is gearing up for a mission to Europa to put this theory to the test. The mission is called the Europa Clipper program, and it is set to launch in 2024. Here’s an early design of the spacecraft depicted above Europa: 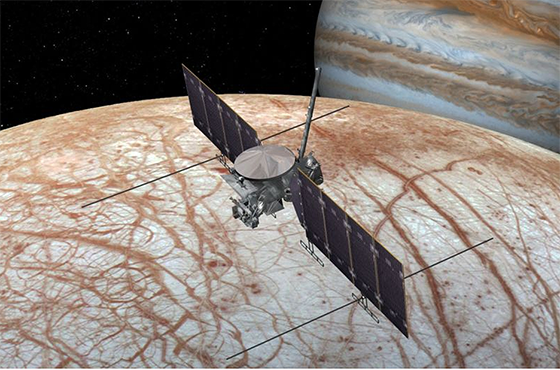 This will be yet another exciting space mission to watch in 2024. And with this one, we don’t even have to land on the surface, which is always a tricky feat.

We’ve never had so many exciting missions happening at the same time in our solar system. The next four years are going to be incredible.

Artificial intelligence is coming to a grocery store near you…

We’ll close today with yet another practical application of artificial intelligence (AI).

A team of scientists in Singapore has developed an AI-based system that can “smell” and assess the freshness of fish, poultry, and beef. The system uses what’s called convolutional neural networks to collect the chemicals that are being emitted as the food ages.

Then it lets us know how fresh the meat is.

An “Electronic Nose” for Meat Freshness

How amazing is that?

Compare this to how we judge the freshness of our food today.

An expiration date is better than nothing. But do we really think that food goes from fresh to spoiled the moment that the clock ticks past midnight? Of course not.

This AI technology will give us real-time, accurate measurements of freshness. And for people working in supermarkets, this will be a precise tool to determine when products need to be taken off the shelf because they have aged too much. How precise?

The team has demonstrated 98.5% accuracy for determining the freshness level of meat. And once the meat is spoiled, this system is 100% accurate. That’s important. We certainly don’t want any false negatives when it comes to spoiled food.

Unlike COVID-19 PCR testing, these results are very accurate.

This is an exciting, common-sense application of AI to something that directly impacts our health on a daily basis – the freshness of our food.