Neal Stephenson’s Diamond Age is one of the great science fiction classics that I consider required reading. First published in 1995, it foresaw many of the technological advancements that we enjoy today.

There were other predictions, like the applications of nanotechnology, that haven’t yet materialized.

But one of the most interesting concepts in the book that Stephenson explored was that of phyles. We can think of phyles as groups of people who choose to associate with one another for one reason or another.

Typically, phyles will be composed of people who have similar interests. That might include similar values, religion, art, hobbies, heritage, or any wide range of interests.

Of course that doesn’t sound so unusual.

After all, we can think of something similar in our local communities. A local church, a youth sports team, a musical group, and similar other organizations are a perfect example.

But the power of Stephenson’s phyles is that they have no geographic boundaries. They are distributed and decentralized, yet connected with each other. So it’s no surprise that we are seeing this cultural dynamic emerge in the world of blockchain technology.

People from around the world have been joining together to build and contribute to thousands of blockchain projects. And because of the nature of blockchain technology and associated digital assets, there is a built-in economic incentive for innovation and involvement.

And while Stephenson didn’t anticipate non-fungible tokens (NFT) in the context of phyles, it turns out they are perfect extrapolation of this cultural shift. NFTs with a defined scarcity act as a form of membership to a club. Only owners who own one are part of the phyle.

The now famous Bored Ape Yacht Club (BAYC) is a perfect example. There are only 10,000 unique Bored Apes that were created. For those who own one, they’re part of the BAYC phyle. 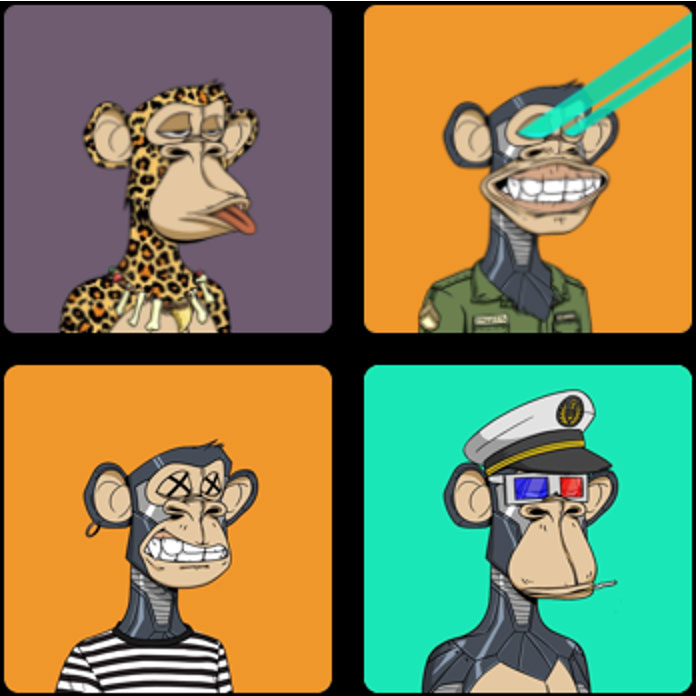 Ownership of a BAYC NFT confers a kind of limited membership. If we don’t own one, we’ll never get in until we do.

This was one of the first major NFT collections to be launched, but it has only scratched the surface of what’s to come. As with most memberships, they come with privileges, and the technology behind NFTs and enable some pretty cool things.

A perfect example is a recently announced project by the world-famous DJ Steve Aoki.

A few days ago he announced that he is launching his own NFT membership club called AOK1VERSE which will issue NFTs to enable access to member benefits.

This is exciting because it is an example of the near future of “membership.” Creators, teams, musicians, artists, talents, entrepreneurs, and even businesspeople have the ability to galvanize a fan base and issue NFTs that come with perks.

In Aoki’s case, his NFTs will provide benefits like access to both live and virtual concerts in a metaverse, access to him directly in a private Discord channel, early access to new merchandise, and other yet-to-be defined benefits.

This opens the door for incredible innovation. Creators can sell NFTs which can generate the capital to create and build something great. Those individuals or groups that are well established can use the technology to better engage their most devoted fans.

And those with strong followings will likely see the value of those NFTs increase over time. By their nature, they can be bought and sold, which means that the benefits transfer directly from one NFT owner to the next.

NFTs are going to replace many of the typical membership cards, tickets, or fan club memberships that we use today. They’ll be far more functional, definitely more fun, and in many cases increase in value over time.

I hope that this week I’ve been able to show you that NFTs are so much more than just digital art and collectibles. This is an explosive trend that is still at a very early stage.

It’s a great time to jump on board for the ride.

If you’d like to learn more, please go right here.

Per the deal, DHL will deploy the robotic arm Stretch across its North American warehouses starting this spring. There is no doubt this is a direct response to the ongoing labor shortages.

We first profiled Stretch in these pages last April. For the sake of newer readers, Stretch is the most commercially viable robot that Boston Dynamics has designed to date.

Equipped with artificial intelligence and computer vision software, Stretch can work in any warehouse or logistics facility. It moves up to 800 boxes an hour using its mobile and dexterous arm.

And the suction cups allow Stretch to lift up to 50 lbs. with speed and mobility.

Here’s a look at Stretch in action:

Stretch can unload shipping containers with ease. That’s going to be its first job – unloading trucks for DHL. This is one of the biggest pain points in the logistics industry right now, and it is a laborious and time consuming task for humans.

Stretch’s batteries enable it to run for eight hours straight before recharging… That’s a full day’s work for most humans. And the robot is completely electric, meaning it’s very quiet and emission-free.

Boston Dynamics is working to extend Stretch’s battery life to 16 straight hours. That’s coming with the next generation. The company is also working on a version that can be plugged in for continuous power.

I’m very excited about this development. It’s a great example of how artificial intelligence (AI), computer vision (CV), and robotics can help solve labor shortages. This is a major trend that I’m following right now, and these technologies will have major implications going forward. (Learn more here.)

And in time, Stretch will expand to other tasks in addition to simply unloading trucks. That will improve the efficiency of logistics and distribution. It will take over the heavy, painstaking labor jobs that are less desirable for our bodies to endure.

DHL signed the first contract, others will follow quickly. I had been hoping that Boston Dynamics would go public, but last year it was snapped up by the South Korean conglomerate Hyundai.

That said, there will be others that will follow quickly with competitive solutions that we’ll be tracking closely.

The AI that’s smarter than GPT-3…

The Allen Institute for AI just released a new natural language processing (NLP) model called Macaw. And the Institute’s approach is a lens on the future of AI.

I’ll explain with a little context…

We can think of Macaw as an AI like Apple’s Siri, Google’s Assistant, and Microsoft’s Cortana… Except Macaw is far more advanced. In fact, it performed better than OpenAI’s GPT-3 in head-to-head testing.

In The Bleeding Edge, we have talked about GPT-3 quite a few times now and how it can do some incredible things.

GPT-3 can complete our sentences when we type. It can write technical manuals or short stories based on our input. And it even taught itself to write software code.

So it’s impressive to see another language model top it.

To be fair, the Allen Institute designed Macaw specifically to answer questions. It does not generate text or write code like GPT-3. So it’s much more limited in scope.

Yet Macaw is far better at answering basic questions. Here are some fun examples:

Here we can see two questions posed to both Macaw and GPT-3 along with their answers.

And there’s another layer to this story…

If we remember, GPT-3 learned using 175 billion parameters… This is a massive language model that requires an immense amount of computer processing power to train. Macaw, on the other hand, only trained on 11 billion parameters.

So Macaw’s training set was nearly 94% smaller than GPT-3’s. Yet Macaw is better at answering questions.

What this shows us is that AI models are getting a lot better at learning from small data sets. That brings the cost of training down significantly.

Simply put, only large corporations have the resources to train AI on data sets containing hundreds of billions of parameters. But as the data sets get smaller, the door opens to smaller companies and even individual researchers.

What we are witnessing here is the gradual democratization of AI. That’s an exciting concept (and potentially a little scary as well).

This is a trend that we will see more and more of as the year progresses. And I have no doubt that it will lead to some big developments along the way.

Facebook’s metaverse plans are shaping up…

Facebook, now known as Meta, just revealed that it has built the fifth-largest AI supercomputer in the world. It is capable of running at five exaflops, which is absolutely extraordinary performance. 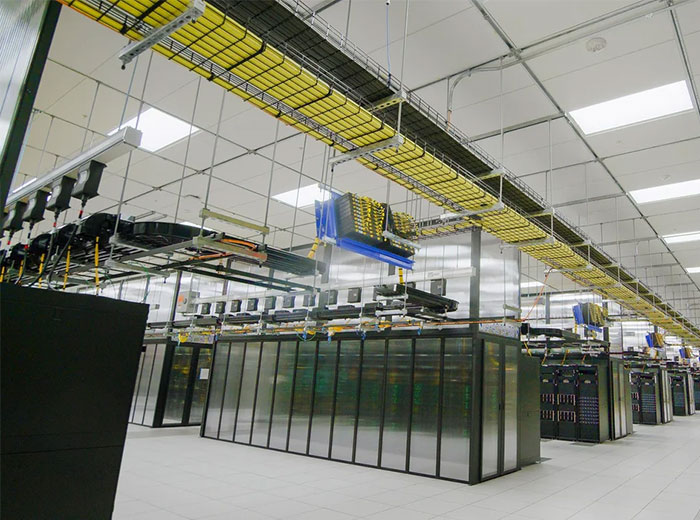 As we can see, this thing is massive. The supercomputer consists of over 6,000 graphics processing units (GPUs) and 760 Nvidia A100 modules.

And that’s just the beginning. Meta plans to add another 10,000 GPUs this year, pushing the total to about 16,000. At that point, this could very well be the fastest AI supercomputer on the planet.

Which raises the question – what’s Meta up to here?

Well, it’s all about the metaverse. Meta’s goal is to train the AI supercomputer on hundreds of languages and trillions of language parameters. This makes GPT-3’s large training set of 175 billion parameters look tiny in comparison.

The end goal is for the AI supercomputer to be able to translate, in real time, between any two languages. That would enable billions of people around the world to enter the metaverse and talk to anybody else, regardless of their native tongue.

For example, somebody in Mongolia could easily communicate with somebody in Brazil in real time. Each party would hear the other talking in their own native language.

This is an incredible undertaking. Meta is one of the few corporations with the resources to take this on.

And of course, the company plans to record, document, file, and assess all interactions that happen within its metaverse.

Meta sees this as a chance to greatly expand its data surveillance capacity. We can be sure that it will exploit our data without hesitation.

Still, this would be a major competitive advantage in the metaverse space if Facebook is successful. There won’t be any other metaverses out there capable of supporting billions of people, regardless of language.

And it’s yet one more sign of how the metaverse is taking hold. We can’t afford to miss out on this as an investment trend. So if you haven’t yet planted a stake in this area, please go right here to find out more about my top recommendations.