What an exciting day in the markets yesterday. It was all gloom and doom to start the day. All the major indices opened lower, and it was looking like another slide down. But then the Federal Reserve came out with some interesting news… It is stepping up its corporate debt purchases.

A few weeks ago, the Fed was buying corporate debt ETFs to provide broad support to the stock markets. But yesterday afternoon, it announced that it would buy up to $750 million in individual corporate bonds.

This is a very aggressive strategy for the Fed to be taking right now and certainly indicates that it is concerned about the economic recovery in the second half of the year.

After the spectacular surprise on the U.S. jobs report from May (which showed that the U.S. added 2.5 million jobs) and the big news today that U.S. retail sales rose a record 17.7% in May, the economic recovery is looking strong.

If we’d like a good laugh, the expert economists were forecasting a 7.7% increase in retail sales. How’s that for accuracy? Hilarious.

While COVID-19 isn’t going to disappear anytime soon, we have a lot to look forward to in the next couple of quarters. And with the Fed providing such an aggressive backstop to any market panics, institutional money and hedge funds will continue to deploy capital into the equity and debt markets.

Tesla’s alter-ego is on the rise…

Nikola is working on pure electric vehicle (EV) semitrucks as well as semis powered by hydrogen fuel. Yes, that means Nikola is competing directly with Tesla in this market. 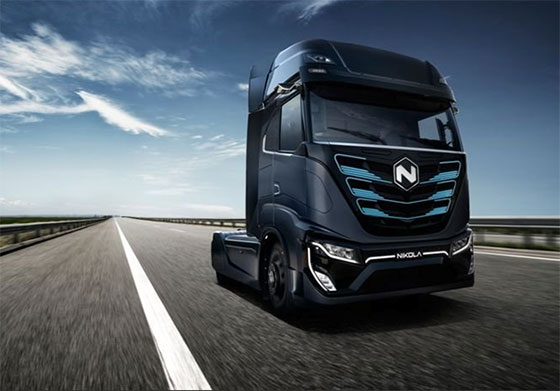 With much fanfare, Nikola went public on June 9. This will help accelerate the launch of Nikola’s trucks. The company’s goal is to get electric semitrailers on the road before Tesla.

Interestingly, Nikola didn’t pursue a traditional IPO. Instead, it backed into a publicly traded company through a reverse merger. This is a trend that’s becoming more and more common and one that I am watching closely.

And Nikola’s timing was perfect.

Piggybacking on the recent strength in the market, as well as Tesla’s big run this year, Nikola raced to a $34 billion valuation immediately after going public. That makes Nikola more valuable than legacy carmakers Ford and Fiat Chrysler.

And get this – Nikola hasn’t sold a single semitruck yet. That’s remarkable.

Clearly, the market is placing an aggressive forward valuation on Nikola, as if it were a technology company like Tesla. But in this case, the market has gotten way ahead of itself.

That’s because Nikola doesn’t have the advanced artificial intelligence (AI) technology that Tesla does. It’s more of a traditional EV manufacturer. It would impossible for me to recommend a company like Nikola trading at these levels. It would be a quick way to lose a lot of money.

But I am excited about its product launch.

Will the trucking industry be quick to adopt electric semitrucks? If so, that will signal a big shift in the industry.

I believe that the initial sweet spot for both Tesla and Nikola’s semitrucks will be the shorter haul routes that allow for the trucks to reach their destinations on one charge – something within about a 500-mile range.

In response to Nikola’s surge, Elon Musk came out and said that Tesla (TSLA) plans to start volume production for its own electric semitruck. The battery and powertrain will be manufactured at the Giga Factory in Nevada, with the other work happening in other states.

Nikola has thrown down the gauntlet. And Tesla has stepped up to compete.

And this comes at a time when Tesla is on an incredible roll. Its manufacturing has hit its stride. The company is now generating free cash flow consistently.

And Tesla’s share price eclipsed $1,000 per share for the first time earlier this month. As it stands, TSLA is up nearly 130% this year.

As a result, Tesla surpassed Toyota as the most valuable automotive company in the world. That’s certainly a feat no other analyst was predicting as little as six months ago.

Looking at the numbers, Tesla (TSLA) is now trading at an enterprise value of seven times annual sales. That’s lofty. While I am a Tesla bull and strongly recommended the company back when it was trading around $300, I would not recommend buying TSLA at these levels – there’s too much future value baked into that price.

And I expect Tesla to capitalize on this year’s success by doing a secondary offering to raise capital.

Tesla is sitting on $8 billion in cash right now, so it doesn’t really need the money. But it would be easy for Tesla to raise a few billion that it could use to pay down its higher interest rate debt.

It wouldn’t come at the cost of much dilution and it would make the company’s balance sheet look even better. That would put the company in a fantastic financial position heading into the roaring ’20s.

Make no mistake about it. The 2020s will be the decade of Tesla. I can’t wait to watch this story unfold.

Apple appears to have predicted the future…

Apple just received a new patent for creating “synthetic group selfies.” This allows a group of people to take selfies alone and then combine those selfies into one group picture as if everyone were together.

Here’s a diagram from the patent filing: 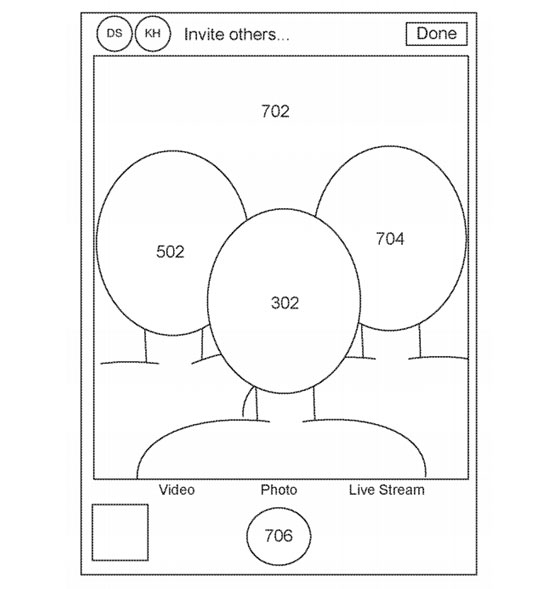 There’s nothing groundbreaking about this technology. But it does meet a big consumer need in the age of COVID-19 and social distancing.

With more social interactions going online, this technology would be a way to create shared memories while interacting with one another remotely.

And here’s what I find most interesting – Apple filed this patent in July 2018. How prescient is that? It’s almost like Apple predicted the future nearly two years in advance.

Readers know I’m predicting a “new world order” in the aftermath of COVID-19. Technologies like videoconferencing are not going away. Many interactions that can be done remotely will be. This is becoming the new normal.

But what’s important to realize is that the pre-COVID-19 world had already started to move in this direction. In-person meetings were on the decline while videoconferences and FaceTime calls were on the rise. That trend had been in motion for several years.

And Apple, having its own FaceTime platform, was in a perfect position to see the direction of this trend.

We know that Apple was tracking the growth of FaceTime calls on its devices. It’s likely the company was tracking physical interactions based on iPhone location data as well.

That would have given Apple an interesting view. It could see the decline of personal interactions and the increase in FaceTime video calls.

COVID-19 was just the catalyst that accelerated the shift from in-person to remote interactions that was already happening. That’s why Apple jumped on this trend with its new synthetic group selfies technology back in 2018.

So in a sense, Apple’s access to massive amounts of consumer data did allow it to predict the future. Of course, there’s no way it could have known that the COVID-19 pandemic was coming.

But Apple could see the surge in video-based interactions well in advance. That’s the power of data-driven technology.