I’m excited to share three more insights from the inaugural Amazon re:MARS conference with you today.

As a reminder, the invite-only conference focused on Machine learning, Automation, Robotics, and Space. That’s what MARS stands for.

Amazon is one of the world’s leading robotics companies. Surprising, isn’t it? Most of us think it is just a massive e-commerce company.

Amazon’s robotics business began through a strategic acquisition in 2012 of robotics start-up Kiva Systems for $775 million. Kiva had developed robots that could sort and pick up packages.

Amazon liked Kiva’s technology so much, it didn’t want anyone else to have access to it. Hence the acquisition.

Amazon took over and turned Kiva’s work into a tremendous strategic advantage. To date, Amazon has deployed more than 200,000 robots in its distribution facilities. As a result, Amazon’s warehouses are nearly completely automated. 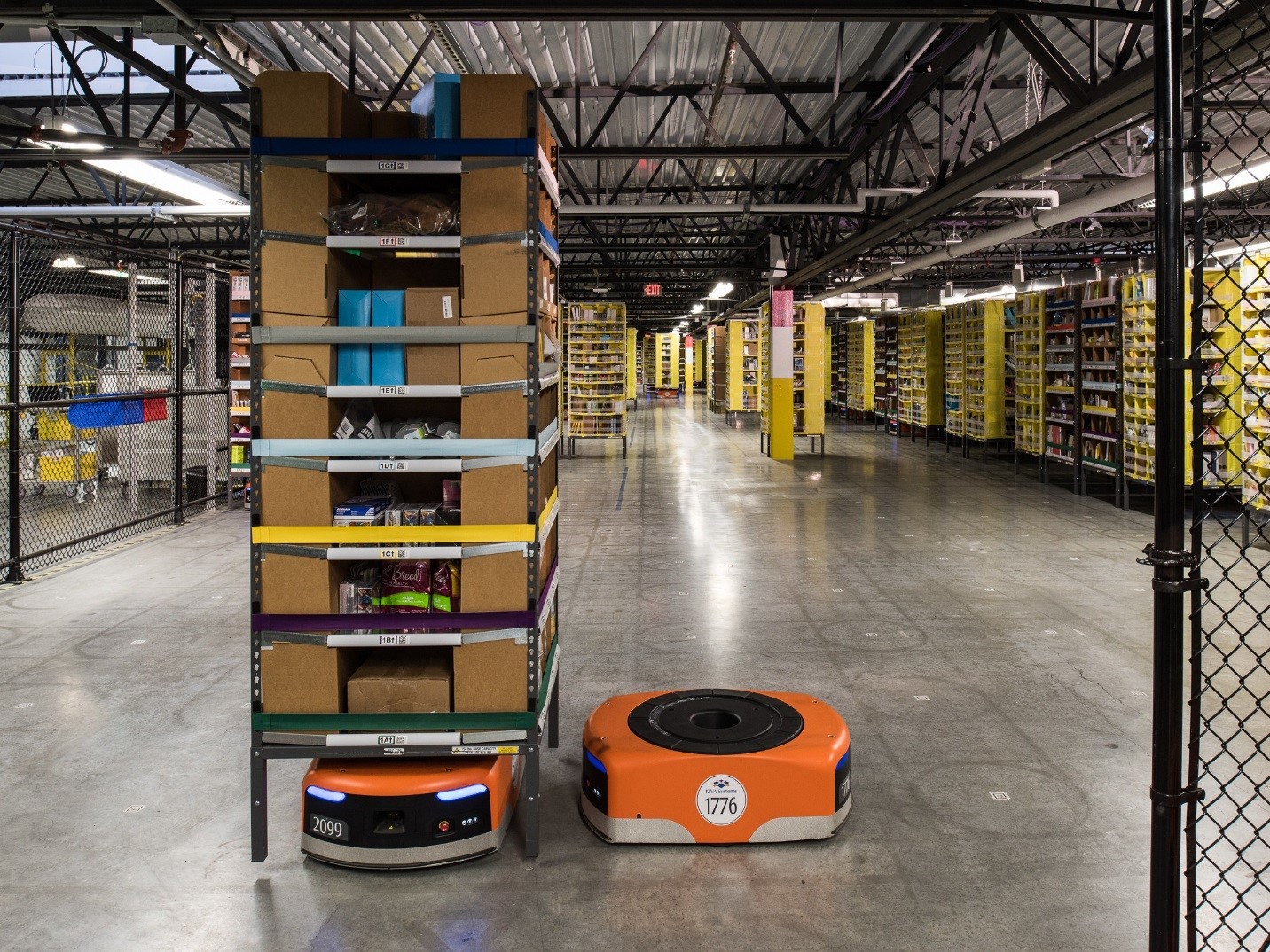 When orders come in, AI-powered robots locate the items for an order… take it to the packaging center… box it up… slap on the shipping label… and sort the package to the right loading bin, where humans load the packages onto the trucks.

In the earlier days of Amazon, humans had to do all that work. But I discovered at the conference that since fully automating, Amazon robots reduced mis-sorts by more than 50%. That’s right; humans used to sort the boxed packages into bins for loading onto the trucks.

And they made a lot of mistakes, which resulted in late deliveries – because the package was loaded onto the wrong truck. That system is no more, however, and we can see the results today in how fast (and consistent) Amazon is able to deliver packages to us.

And here is the surprising statistic…

It’s natural for us to think that robots will eliminate jobs. But at Amazon, they are creating them.

The reason is simple. Robots made Amazon far more productive, efficient, and profitable. That’s allowed the company to innovate, grow, and improve – which, of course, created a need for new jobs.

Technology continues to solve the world’s biggest problems. Yes, it creates a few, too. But I wouldn’t ever want to halt technological advancements because of a few bad actors. And I’ve been saying for years that AI and robotics will create far more jobs than they destroy.

So far, the data supports that. And yes, Amazon is an extraordinary company that remains a great long-term investment.

How to control computers with your mind…

Here’s another one of my favorite presentations at the conference… 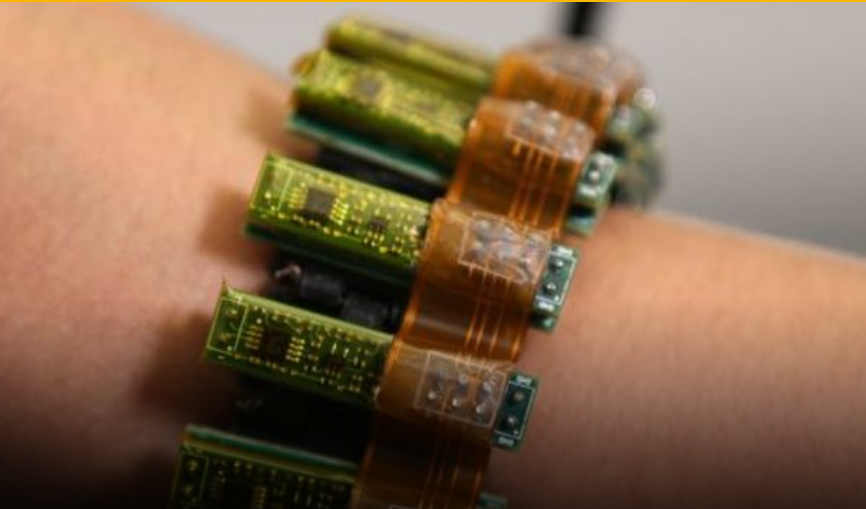 EMG is a technique for recording the electrical activity in skeletal muscles that’s produced by brain signals. For example, when you type on your keyboard, your brain sends signals down your spine… down your arm… and to your hands. Those signals tell your fingers to move and press keys.

This wrist device picks up on those signals and transmits them to a computer system. It allows you to issue commands… or do things like control a robotic arm… with just your mind.

And get this: The company tested this device on humans who either lost their fingers or were born with a disability in their hands. And the device worked for those people just the same.

So it’s not about the physical movement of the fingers. The brain communicates to the hand the same way, even when there are no fingers. And now we have technology that can read those brain signals.

The best part is that this brain-computer interface is noninvasive. We don’t have to insert a chip into the patient’s brain. It is as simple as strapping on a wristband.

The interface is still early in its development. But there are some great applications.

For one, this can be a life changer for amputees. It can restore full functionality to them when combined with a robotic prosthesis.

There are also gaming applications… especially when you think about future virtual reality (VR) systems.

Right now, you need handheld controllers to play VR games. The experience will be even more immersive when you can control these games with your thoughts.

And thinking about our first topic today, this device will allow humans and robots to collaborate seamlessly. We’ll be able to issue commands to robots with a wave of the hand, as if our arms were the robot’s arms. Amazing, isn’t it?

This technology came out of Columbia’s neuroscience program. And it just announced that it’ll have a consumer product out by the end of next year. I can’t wait to see what it looks like.

Brain-computer interface technology will soon become an important area of interest for me in Exponential Tech Investor. It’s a little early right now, as almost all companies are private, but that won’t last very long.

The exponential rise of AI…

This last piece puts the rise of artificial intelligence (AI) into perspective.

I listened to a talk from Andrew Ng. He is an adjunct professor at Stanford University and one of the most influential minds when it comes to AI and deep learning.

Andrew has followed the rise of AI and deep learning since 2008. He attended an annual AI conference every year, and he said there were usually 100–150 papers to read each year that came out of the conference.

Today, Andrew says there are 100 AI/deep learning reports published every day. That means the industry is producing as much research in a day as it produced in a year for much of the past decade.

And that’s made it impossible for Andrew to keep up on all of the research. There’s just too much coming out for one person to stay on top of it all.

As a result, the number of deep learning jobs has gone up 35 times in the last three years. Again, not 35%… 35 times. That’s incredible growth.

I’ve been on record all year saying that AI has hit an inflection point this year. And this is just more proof.

For us as investors, AI will provide us with some of the best investment opportunities of our lifetimes. This trend is that powerful.

Amazon is hands down one of the best AI companies in the world. Valued at nearly $1 trillion, we might think Amazon’s growth days are behind it. That’s far from the case. Thanks to AI, I still see plenty of growth ahead for the company and its stock price.

P.S. Last night, I hosted my first technology investing summit of the year. Thousands of readers showed up to make the event a success. I truly appreciate it.

But if you missed the online presentation for whatever reason, don’t worry. I’ve asked my publisher to keep the video up for a few more days. So if you couldn’t tune in last night, go right here.