Sweden’s approach to managing the current pandemic stands as a singular totem in opposition to almost the rest of the world.

The country demonstrated remarkable courage not to bend to the fear and panic spread by Neil Ferguson, an epidemiologist from Imperial College, and the mass media hungry for big headlines.

Why is Sweden unique? It didn’t shut down its economy.

Instead, it applied a rational set of rules designed to flatten the rate of infections to not overwhelm its health care system. The rules are simple.

Restaurants and bars stay open, but only for table service. Younger students stay in school, as they are the lowest risk population. This also allows parents to work. Gatherings of more than 50 people are not allowed. No one can visit a retirement home (eldercare facility). And anyone who gets sick needs to self-quarantine for two weeks.

The approach is based on two simple truths.

First, a virus like COVID-19 cannot be stopped. Its reproductive rate is high, and it will spread widely and quickly. The only thing that can be controlled is the timeframe over which it spreads (e.g., a matter of months vs. a year).

Second, flattening the curve does not necessarily mean saving lives or reducing infections. It simply means spreading them out. This is easy to see in the diagram below from the University of Michigan. 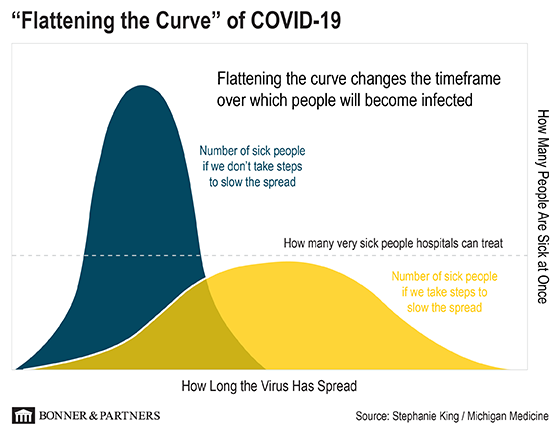 The most important thing for us to understand about “the curve” is that the area under the curve is the same for both curves. Put simply, the same number of people will become infected with COVID-19. The only thing that changes is the timeframe.

Sweden believed that by putting those above-mentioned measures in place, it would be able to keep the number of infections low enough that its health care system wasn’t overloaded. It knowingly allowed COVID-19 to spread among the healthy part of its population.

Sweden is working toward herd immunity. It understands that, in the absence of a vaccine, that is the only way to stop it. Herd immunity occurs when a larger percentage of a population has developed a natural immunity to a virus.

That percentage is likely around 60% for COVID-19. It’s the stage when the virus’ ability to be transmitted gets disrupted enough that its spread slows dramatically or stops entirely.

And Anders Tegnell, Sweden’s chief epidemiologist, believes that Sweden is only weeks away from achieving herd immunity in Stockholm.

And guess what? It worked.

Sweden’s health care system wasn’t overwhelmed, and it has only had about 3,000 deaths in the country. It is well past the peak infection. And I expect that no special measures will be required in the fall. The country will have already reached herd immunity.

Others in Europe are criticizing Sweden. Denmark and Norway, who imposed lockdowns, have less than 1,000 deaths. But the critics forget one key point… The area under the curves is the same. The infections have only been spread out over a longer period of time.

The world will owe Sweden a debt of gratitude this time next year. The different approach will allow the world to learn the best way to deal with a coronavirus in the future.

COVID-19 wasn’t the first. It most certainly won’t be the last. And I am certain that the world will be better prepared the next time around.

Getting prescription meds by drone…

The program is being run by UPS Flight Forward, which is UPS’ drone subsidiary. And the drone technology comes from a company called Matternet, which is an early stage company based out of Silicon Valley.

Matternet has been on my radar for years now. The company has focused on service delivery drones, and its technology is great. Partnering with a logistics giant like UPS is a smart move, and it could turn into a very big business for the company.

Regular readers may remember that UPS and CVS were testing out prescription medicine deliveries by drone in North Carolina as early as last November. The fact that they are now ready to take on the country’s largest retirement community tells us that they have made great progress with both the tech and the service.

And the nice thing about this is The Villages is a community in need.

With 135,000 senior residents, we know demand for prescription meds is high. And this is a population that’s considered to be at high risk if they become infected by COVID-19. Delivering their meds by drone saves them from having to go out to the pharmacy, which could expose them to the virus.

So this is a great development. This type of “last mile” autonomous delivery will see explosive growth in the coming years. That was true before the pandemic, and it is even more relevant in a post-COVID-19 world.

The death of the box office…

Readers with young kids and grandkids may have heard of Trolls World Tour. This is the sequel to the computer-animated Trolls movie that was so popular with kids when it came out in 2016.

Well, it turns out that Trolls World Tour isn’t just another kids’ movie. It is the death knell for the traditional box office. 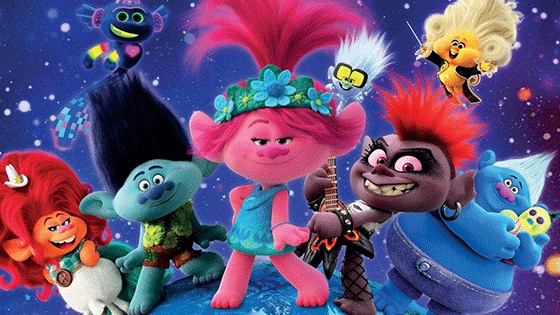 Trolls World Tour was scheduled to have a box office release in April. Movie theaters expected big crowds to turn out for the event. But then COVID-19 hit. In response, Universal Studios canceled the box office release.

Instead, it made the movie available on digital streaming platforms like Amazon Prime, Apple TV, Google Play, YouTube, and others. Consumers could rent the movie for $19.99 through these platforms. Once rented, they had 48 hours to watch it.

Of course, this ruffled some feathers in the industry.

AMC Theatres, the largest movie theater chain in the world, said it would no longer play any Universal films while Universal takes this path for releases. It expected this threat to carry a lot of weight. After all, the first Trolls movie made $153.7 million in theaters.

As it turns out, Trolls World Tour did about as well through the streaming platforms. The release generated about $95 million from on demand rentals as of the end of April.

And guess what? Despite the slightly lower revenue so far, Universal made just as much money on Trolls World Tour.

That’s because traditional box office releases follow a 50–50 or 60–40 revenue split model. Assuming a 50–50 split, Universal made around $77 million on the original Trolls release.

By comparison, streaming platform agreements are typically an 80–20 split. That means Universal has already made more than $77 million on Trolls World Tour.

That begs the question… Why go through the box office if you can make more going the streaming route?

It was uncertain how the market would respond to this, but clearly, consumers are willing to pay extra to watch movie releases at home. That’s especially true in a post-COVID-19 world.

Plus, it’s cheaper for families to watch movie releases this way.

I’m sure we’ve all taken the family to the movie theaters before. You have to load up the kids, get to the theater, buy the tickets, and fight for a seat.

The average movie ticket now costs $9.16, which means it costs a family of four $36.64 just to get into the theater. Then the kids want popcorn and drinks… and the price tag on a night out goes up significantly.

Why would we bother with all that hassle when we can watch the same movie from the comfort of our homes for $19.99?

So this is a sign of things to come. And we have clear historical precedence for the shift…

If we look back a few decades, Napster and then Apple’s iTunes completely disrupted the music industry. Music went digital, CDs fell off, and record stores went out of business. The same is going to happen in the motion picture industry.

As for investment implications – movie theaters are in big trouble. And the beneficiaries are both the movie studios and the companies like Amazon and Apple that provide the streaming platforms.

In February, we talked about how Intel had to shut down Nervana, which was its heralded artificial intelligence (AI) acquisition from 2016. That $408 million deal generated no significant revenue for Intel. Essentially, it flushed that money down the drain.

And now it is at it again…

Let me tell you what Moovit’s app does… Users tell it where they want to go in the city, and the app tells them the public transportation route they can take to get there. 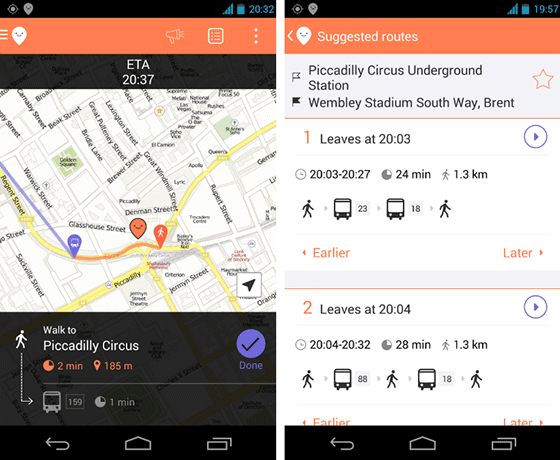 Source: The Next Web

It’s a nice application and it’s very functional, but do we think it’s worth $900 million?

And Intel is a semiconductor company. What’s it doing buying a software company? What does Moovit have to do with Intel’s autonomous driving technology? It just doesn’t make sense. Here’s what I think is going on…

Intel completely missed the rise of mobility. It has spent tens of billions trying to catch up, with zero success. That’s why it bought another Israeli company called Mobileye for $15.3 billion back in 2017. Mobileye makes semiconductors for self-driving cars.

And a transit application that evaluates public transit options between subways, trains, buses, and taxis isn’t related at all to what Mobileye is doing.

So what Intel is doing here is an “acqui-hire.” It’s an acquisition with a primary motivation to hire a bunch of hopefully talented software engineers.

Since both Mobileye and Moovit are based in Israel, Intel will combine the teams and direct the Moovit team’s energy toward autonomous driving technology development.

Intel does have money to burn. It is sitting on $25 billion in cash, so overspending on a company like Moovit won’t cause any financial distress.

But it is incredible how Intel has spent more than $50 billion on acquisitions over the last five years or so, and companies like NVIDIA and AMD continue to eat its lunch. And Apple is designing its semiconductors now in order to remove the last of Intel’s chips from its products.

If I were on the board of Intel, I’d be wondering where the return on investment is going to come from.

I suspect I’d be waiting a very long time…