Positive developments in the ongoing U.S.-China trade negotiations gave some broad relief to the markets.

While it may not result in a definitive agreement, the fact that something is scheduled is a move in the right direction. This is a date that I’m looking forward to in hopes of a fair and reasonable trade agreement for both parties.

As longtime readers know, the ongoing trade negotiations have had a material impact on technology companies that do business with China. That’s why I make it a point to follow this story.

But once an agreement is announced, I expect a tech-led market rally. I continue to remain optimistic…

This is a great time to gain exposure to technology stocks that are trading down due to the delays in the trade talks. Paid-up readers to my investment research products – The Near Future Report and Exponential Tech Investor – should take the opportunity to review our portfolios for companies trading below their buy-up-to prices. Access those here and here.

Yesterday, we talked about a way to reverse aging in the brain. Today, we are going even further…

A group of scientists at the University of California (UC) San Diego just published amazing research. The scientists took human stem cells from the brain… put them in a box… and shipped them to the International Space Station. 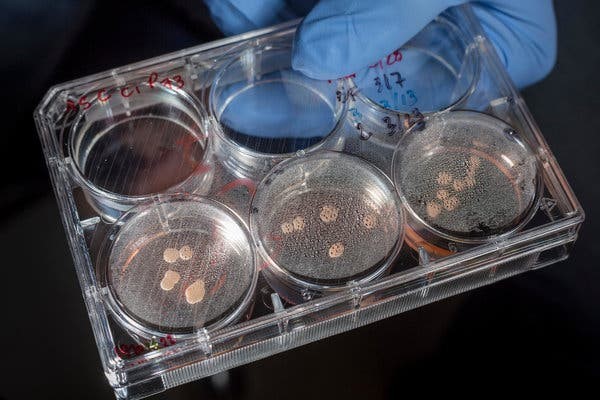 These brain stem cells are clusters of nerves called organoids. And researchers found that these organoids replicated themselves while in space. The nerve clusters started creating more nerve clusters. It appears the zero-gravity environment of space accelerated the replication.

And here’s the heavy part…

These organoids began emitting early stages of brain waves. They produced chemicals and electrical signals similar to those observed in preterm human babies. I’m not kidding. Yet these are just disconnected nerve clusters.

This baffled scientists. They did not think disconnected organoids could self-replicate and self-direct brain activity.

The practical implications are that these organoids will help advance research on brain function. And they will help us cure brain-related diseases.

I know that this may seem unbelievable. So I’d like to emphasize that this isn’t some far-out research “published” by some quack in the middle of nowhere.

Some of the world’s leading brain scientists conducted this research on the International Space Station and then published these findings in a peer-reviewed scientific journal.

And the big-picture implications are mind-blowing…

After studying the case, Dr. Koch – chief scientist at the Allen Institute for Brain Science in Seattle – said it’s possible that one of these organoids could develop sentience. In other words, he thinks there’s a chance these mini-brains could become self-aware. They could become conscious.

And that begs the question… What do we do when we learn how to grow conscious human brains in a lab?

We’ll keep tracking this story in future issues of The Bleeding Edge. Be sure you keep reading.

Insilico Medicine is an early stage company that I’ve had my eye on for a while now. This is a company that built its business on the idea that artificial intelligence (AI) can drive drug discovery much faster than the standard trial-and-error model.

And this theory was just proven correct…

On average, it takes a standard pharmaceutical company 3.5 years to complete the drug discovery phase. This involves generating molecule designs… targeting specific proteins… synthesizing those molecules in the lab… and testing them in animal cells to see what works. It’s a lot of trial and error.

Using an AI, Insilico just completed this process in 46 days.

In that time, it generated 30,000 molecule designs and zeroed in on the protein to target. Then, instead of testing each design, the AI picked out the six most promising.

The company synthesized those six… and four of them showed potential. Of those four, the AI picked the two most promising, and Insilico tested those in cells. The best candidate was then tested in mice.

Those tests showed that the best AI-generated molecules worked. They had the desired effects that would warrant moving forward.

Just to be clear, drug discovery is just the first stage. That’s what takes 3.5 years on average.

From there, it can take up to a decade or longer to perform testing, navigate the Food and Drug Administration (FDA) approval process, and complete clinical trials. Most pharmaceutical companies are looking at an average of 12 years before they can even think about bringing a drug to market.

But Insilico’s AI-driven model cuts the time it takes to get a drug approved by about one-fourth. This is an incredible advantage.

And this process is only going to accelerate as AI and AI-focused semiconductors improve. It is very likely these AI-generated drugs will move faster through the FDA process as well. That’s because they are highly optimized drugs.

AI can effectively be used to not only discover potential therapies but also “weed out” candidates that are less likely to make it through the FDA approval process.

So AI-driven drug discovery is just the beginning. This will have a tremendous impact on the medical field. And ultimately it will contribute to the acceleration of curing all human disease.

That’s why Insilico is an early stage company we’ll certainly keep on our radar.

Researchers in Stockholm, Sweden, just created the world’s smallest accelerometer. These are small sensors that measure movement of any kind. Accelerometers – significantly larger versions – are now in all our mobile devices. Smartphones… tablets… digital watches… fitness devices… they all contain accelerometers.

An accelerometer helps determine how fast we are driving. It’s how a fitness watch knows how many steps we have taken. And it’s even why our smartphone’s screen shifts to widescreen when we turn the phone sideways. It’s all thanks to accelerometers.

And since size is critical for mobile devices, manufacturers want the various parts to be as small as possible. That’s why reducing the accelerometer’s size is so important.

And this new accelerometer isn’t just slightly smaller. It is orders of magnitude smaller. 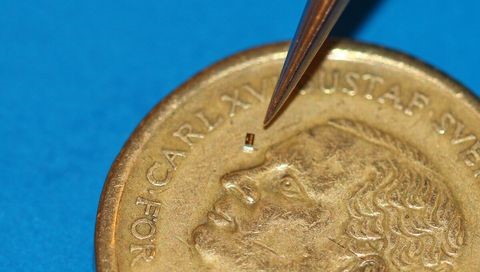 Up to this point, these sensors have been called microelectromechanical systems. That’s because they were produced at microscale.

And here’s the investment angle…

The semiconductor companies that license this technology will set themselves up with a competitive advantage. And if we see one company get an exclusive license, that’s our ticket to making a fortune.

That’s what I’m on the lookout for. And once I find it, my readers will be the first to know…