But before we get to today’s issue, I wanted to let readers know that next Wednesday – February 5 – at 8 p.m. ET, a colleague of mine is hosting an investing webinar you might be interested in.

E.B. Tucker has developed a strategy to target what he calls “Omega shares.” These are different than the typical stocks, bonds, or options you might invest in. And E.B.’s readers recently saw gains as high as 780% with these “Omega shares.”

Now let’s turn to the mailbag.

And if you have a question you’d like answered next week, be sure you submit it right here.

How “green” are electric vehicles, really?

With the accelerating transition to electric vehicles, no one appears to be addressing the necessary electricity production to charge them. Power companies are certainly not on a building spree. Solar panel on every car roof? How many sunshine hours are required for each driving hour?

Warren – it is great to see a question like this. It is rare for anyone to ever ask a simple question like, “Where does the electricity come from to fuel an EV?”

The reality is that the majority of electricity is still produced by fossil fuels and/or hydroelectric sources that damage natural freshwater ecosystems… And that’s very true even in California, a state that we might perceive to be “green.”

For example, more than 50% of California’s utility-scale electricity generation comes from burning natural gas (fossil fuel), another 5% comes from nuclear fission (radioactive waste), and another 15% comes from large- and small-scale hydroelectric production (damage to freshwater ecosystems).

In total, that is 70% of the production that is used to fuel EVs. Only about 22% comes from solar and wind, and California is one of the best states for renewables in the country.

What that means is that the vast majority of the electricity produced in the U.S. comes from sources that are not clean and do damage to our environment. This means that the carbon released into the atmosphere is simply displaced (at the power plant rather than in our neighborhood).

What really needs to happen is this… Each country needs to build new infrastructure for clean energy production. That includes solar and wind where it makes sense and nuclear fusion (not fission), which has no radioactive byproducts.

There is good news for consumers, however. For those who drive an EV and don’t have long commutes, it is possible to generate enough energy from solar panels on our rooftops to fuel an EV for a day. And if we combine power storage (like Tesla’s Powerwalls) with a large solar array on the roof, we can even have enough energy stored for rainy and cloudy days.

The specific answer to your question, however, depends on two things. How many miles/kilometers do you need to drive each day, and how large is the solar array on your roof?

If you are interested, Tesla just started installing its third-generation solar tiles – Tesla calls it a “Solarglass Roof” – for rooftops. They look just like black shingles and will produce more than enough energy for most consumers’ electricity requirements.

You may never buy another car again…

Sticking with the theme of electric and self-driving vehicles, a reader has a question about the future of shared autonomous vehicles…

You described the availability of fully autonomous Tesla vehicles as “completely changing the nature of car ownership.” I agree. If I can get a ride to my desired destination in a Tesla whenever I need one, just using a smartphone app, what is my incentive to actually own a Tesla vehicle?

Wouldn’t it be more cost-effective for me to ride in other people’s vehicles when I want to and let those people bear the burden of purchasing them, paying the insurance, whatever electric recharge fees are due, and other upkeep?

Thanks for writing in, John.

To catch readers up, the future of transportation will be shared autonomous vehicles (SAV). In other words, you’ll order a taxi on your smartphone, and a self-driving car will arrive to take you to your destination.

And Tesla is a leader in this trend. As a reminder, all Tesla vehicles that have been manufactured during the last 18 months or so have the hardware needed for autonomous driving. With a simple software upgrade, these cars could become fully autonomous overnight.

Once that happens, Tesla owners could opt to have their cars “join the fleet” when not in use. These vehicles would serve as self-driving taxis and earn the owner an income while not in use.

To your question, John, if riding in a shared autonomous vehicle is an option in the near future, would we even need to buy a car?

The answer is no… It won’t be necessary at all. But yes, people will still do so. Some will still want to have their own car, unused by anyone else. And some will place a high value on convenience. In other words, rather than deal with waiting for a car, they want to just hop in and go.

Some researchers estimate that if you drive fewer than 10,000 miles per year, it’s likely cheaper to use ride-hailing services like Uber as your main mode of transportation.

And that’s accounting for current costs for ride-hailing services. With SAVs, the cost to hail a ride will plummet. After all, the biggest expense – the driver – is no longer part of the equation.

In fact, I believe riding in some SAVs will be free. Waymo – Google’s autonomous vehicle division – would likely offer free rides in exchange for the opportunity to collect more data on riders and target them with ads.

Given the choice between taking free rides in an SAV or dealing with the various expenses of owning a car, I think we know what most consumers would opt for.

This transition will dramatically change the landscape of the automotive industry. It will also affect the car insurance industry as well as the rental car industry and even paying for parking lots. New businesses will be created as well. After all, we’ll need companies that will clean and service massive fleets of shared autonomous vehicles.

When will be able to hail an air-taxi?

Since we’re on the topic of the future of transportation, let’s conclude with a question about air-taxis.

I was wondering about companies that are working to provide private flight vehicles, such as those that will fill the need for projects such as Uber Elevate.

Surely AI will make those self-flying flight vehicles in demand along with the self-driving cars. Any companies in particular we should be watching for?

An interesting question, Dean. For readers who are unfamiliar, “Uber Elevate” is an initiative from ride-hailing company Uber. The goal is to create a network of aerial taxis that consumers can use for their daily commutes.

In theory, we would be able to skip bumper-to-bumper traffic altogether and be shuttled to our destination via an electric air-taxi.

I typically don’t cover this technology and instead focus on self-driving cars. The technology for autonomous cars is already here and now. It’s therefore a much more attractive investment theme. The technology and legislation needed to launch a network of air-taxis is still years in the future.

That said, at this year’s Consumer Electronics Show (CES), Uber Elevate and Hyundai Motor Company announced that they had partnered to develop Uber’s air-taxis. 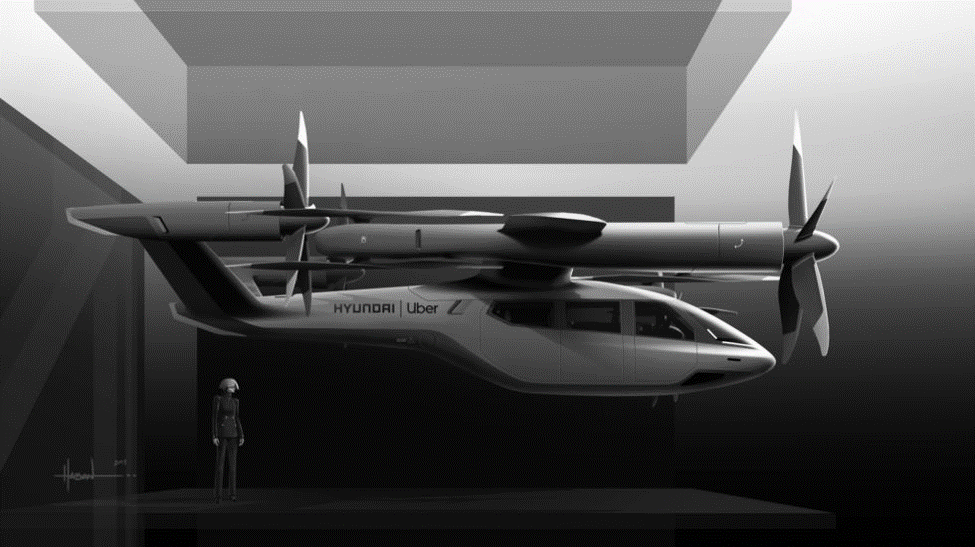 For those investors who have a positive outlook on Uber, this is certainly a way to get exposure to this trend. But we should understand that this is years off from a revenue standpoint. Uber lost $4.2 billion in free cash flow last year and will lose another $2.3 billion this year, so I wouldn’t recommend buying in until Uber gets its current business in order.

There are no publicly traded pure plays that I am aware of, only private early stage companies. But before we look for investment opportunities in this space, I am most interested in tracking the regulatory progress that would provide a path forward for these businesses to operate.