The United States has been largely unaffected by the COVID-19 virus due to tight border controls and safely quarantining and caring for those infected by the virus.

The Centers for Disease Control and Prevention (CDC) has been on top of the pandemic and has maintained an alert, calm stance on what has been happening… until yesterday.

The CDC issued an alert that it expects COVID-19 to spread at a community level and that the U.S. needs to prepare for potentially “severe” disruptions to our daily lives.

The alert appears to be a conservative stance used to encourage best practices. The CDC wants people to be cautious and prepare for the worst. But it certainly makes me wonder if there is something that we don’t know…

I’m happy to see the broad markets recovering a bit today as I write. But in the event that there are sudden community-level outbreaks in the U.S., we will have to take a far more defensive stance as investors… which means build our cash positions, step aside, and look for a bottom in the market.

As investors, these kinds of situations can create some of the best investment opportunities. Fear in the market can create short windows where fantastic companies are irrationally undervalued.

All my subscribers should keep reading The Bleeding Edge for more updates. But for now, let’s turn to our insights…

Social media company Snap – the maker of Snapchat – just acquired an early stage company called Daqri for $34 million. This acquisition will go unheralded… but it is a steal.

As a reminder for new readers, augmented reality overlays information and graphics on top of our view of the real world using a smartphone or eyewear. I’m on record saying that this technology will one day replace the smartphones in our pockets.

We would consider Daqri’s 2010 approach to AR rather primitive today. The company was using QR codes to activate augmentation on smartphone screens. Basically, users would have to scan an item’s QR code with their phones to experience augmented reality.

Perhaps it’s no surprise that Daqri’s tech never caught on. It was just way too early for AR. We didn’t have 3D-sensing technology in smartphones at that time.

So Daqri pivoted to enterprise-focused applications. And the company developed a hard hat with an AR visor in the front. The idea was that AR could help industrial workers do plant inspections and machine repair.

Through all its work, starting with consumer AR in 2010 and pivoting to industrial applications, Daqri accumulated a portfolio of intellectual property, and its employees gained priceless expertise.

But the company just couldn’t make it commercially. Daqri ended up burning through $300 million before facing the cold prospect of having to close its doors. That’s when Snap came in…

Snap bought $300 million worth of research and development, intellectual property, and employee expertise for just $34 million. What a great move.

This is the latest investment in AR by Snap, which has been investing in this technology for several years now. It’s not a surprise either. Consider that Snap is on its third generation of its Spectacles glasses. The company’s approach has been very pragmatic. It never overspends on the technology and learns along the way. And it doesn’t want to release AR eyewear too early and suffer a failure.

All the key technology is being developed this year. And this is an incredible opportunity for the major social media players like Snap and Facebook, as AR will be widely used as an evolved form of communication.

We just got news that Microsoft’s Xbox Series X will launch in time for the 2020 holiday season. And this comes after Sony announced the PlayStation 5 (PS5) last October, which will also launch ahead of the holidays.

Here’s what the new gaming console will look like: 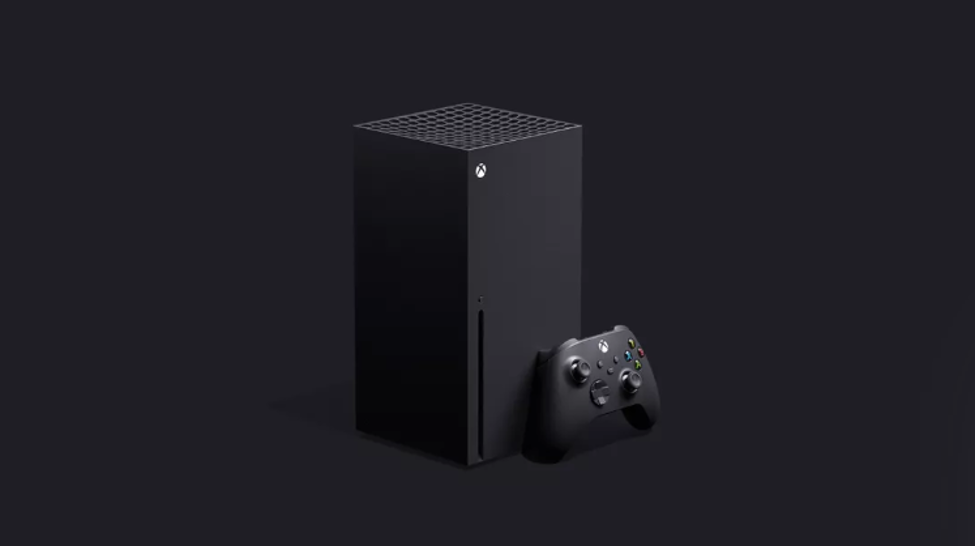 Now, I know many of us see gaming as something that kids do when they should be playing outside like we did. But it’s important for us as investors to keep our finger on the pulse of this industry.

In the U.S. alone, gaming is an $18.4 billion industry. Globally, gaming is a $105 billion market. And it continues to grow at a healthy double-digit rate every year. That makes the gaming industry larger than the entire motion picture industry.

For one, both the Xbox Series X and the PS5 will employ solid-state drives (SSD) for the first time. This will speed up gameplay and loading time significantly.

SSDs have been around for years, but they were not used in previous consoles because they were too expensive. With SSD costs dropping more than 82% over the last eight years, it finally makes sense for Microsoft and Sony to put SSDs in their new consoles.

Another first for the Xbox X Series and the PS5 is ray tracing technology. This is a graphics rendering technology that accurately creates lighting, shadows, and reflections on the screen. Hollywood has used this technology for years, but previous consoles didn’t have the processing power for it. Ray tracing will create an incredibly realistic and immersive experience.

And that brings us to processing power…

Both consoles will employ AMD’s next-generation CPUs and GPUs for processing. That means AMD’s technology will be the “brains” of the Xbox X Series and the PS5.

This is a big win for AMD. We’ve written before about how AMD is taking on Intel and even competing against GPU giant NVIDIA. This is just more proof.

And AMD remains hot on my radar…

We captured gains of 278% on AMD in The Near Future Report investment portfolio last year. This stock has pulled back about 14% this year, and I believe it needs to come down a bit more before it becomes an attractive investment once again. That’s something I’m watching for closely.

The next breakthrough in battery technology…

Tired of waiting around for your smartphone or electric vehicle to charge? Then you’ll be happy to know that the problem could soon be a thing of the past.

Fantastic research just came out of the Korea Institute of Science and Technology (KIST).

What’s more, the silicon anode allows the battery to be charged to 80% in just five minutes. For comparison, recharging a lithium-ion battery in an electric vehicle today can take up to 30 minutes. This is a game changer…

To be fair, we have known about the benefit of silicone anodes for years now. The problem has been that the silicon expands and contracts as the battery charges and discharges. Over time, this deforms and eventually cracks the silicon anode. And that means it doesn’t last very long… which is why we are still using graphite anodes in our lithium-ion batteries today.

The team at KIST addressed this problem by dissolving silicon and starch in oil and water. This created a carbon-silicon material that is more durable. So far, the new material can survive up to 500 charge/discharge cycles.

This is a big step in the right direction, but it’s not good enough yet. Smartphones and EV batteries need to be able to charge and discharge thousands of times to be commercially viable.

So this research still needs some refinement. But I’m very confident we will see the next breakthrough in battery technology very soon.

And I have identified the two private early stage companies that are going to lead the way.

Sila Nanotechnologies, which we discussed last November, and Amprius are two private companies that I’ve been keeping a close eye on. Both have been racing forward with silicon anode battery technology. The goal is to increase an EV’s range to something that’s comparable to that of an average car on a full tank of gas… all while making battery charge times take about as long as a gas station stop.

And I think we are almost there. For that reason, Sila Nanotechnologies and Amprius are companies to pay attention to. Let’s make sure these two are on our watchlist.