Before we get to our insights, we have to talk about the latest revelations from the world’s largest venture capital (VC) fund…

The Softbank Vision Fund, at $100 billion, is the largest VC fund ever raised. It was one of the boldest gambits into the world of high tech by Japanese billionaire Masayoshi Son.

And now it has become one of the biggest VC disasters I have ever seen. Tens of billions of dollars have been lost on terrible investments at ridiculous valuations. And the Vision Fund has been front and center in the WeWork debacle.

If things couldn’t get worse, The Wall Street Journal just revealed what was happening behind the scenes at the Softbank Group, the corporation that created the Vision Fund. It reads like a script from a Hollywood movie… and I’m sure one will be made.

Rajeev Misra, who became the head of the Vision Fund in 2017, retained the services of an Italian businessman for $500,000, with millions more following. His job was to dig up dirt on Misra’s internal rivals at Softbank, slander them, entrap them, and get them fired so that Misra would be in control.

And sadly, it worked.

I’ve stated before that Softbank’s Vision Fund will be one of the worst-performing venture capital funds in history. The latest revelations about what was happening inside of the $100 billion fund are beyond embarrassing.

I can’t imagine anyone willing to allocate capital to Son’s new Vision Fund 2 that’s in progress.

And Silicon Valley would be glad to have the antics of the Vision Fund(s) out of the picture. The fund has grossly distorted valuations of technology companies.

Now let’s get to today’s insights…

We have talked about Amazon Go before.

These are small convenience stores where you scan a QR code on your phone’s Amazon Go app as you walk in. That ties you to your Amazon account. Then you take whatever you want off the shelf and walk out. AI-powered cameras track your purchases and charge your Amazon account as soon as you leave.

I visited the Amazon Go store in Manhattan just after it opened, and it was a fantastic experience. 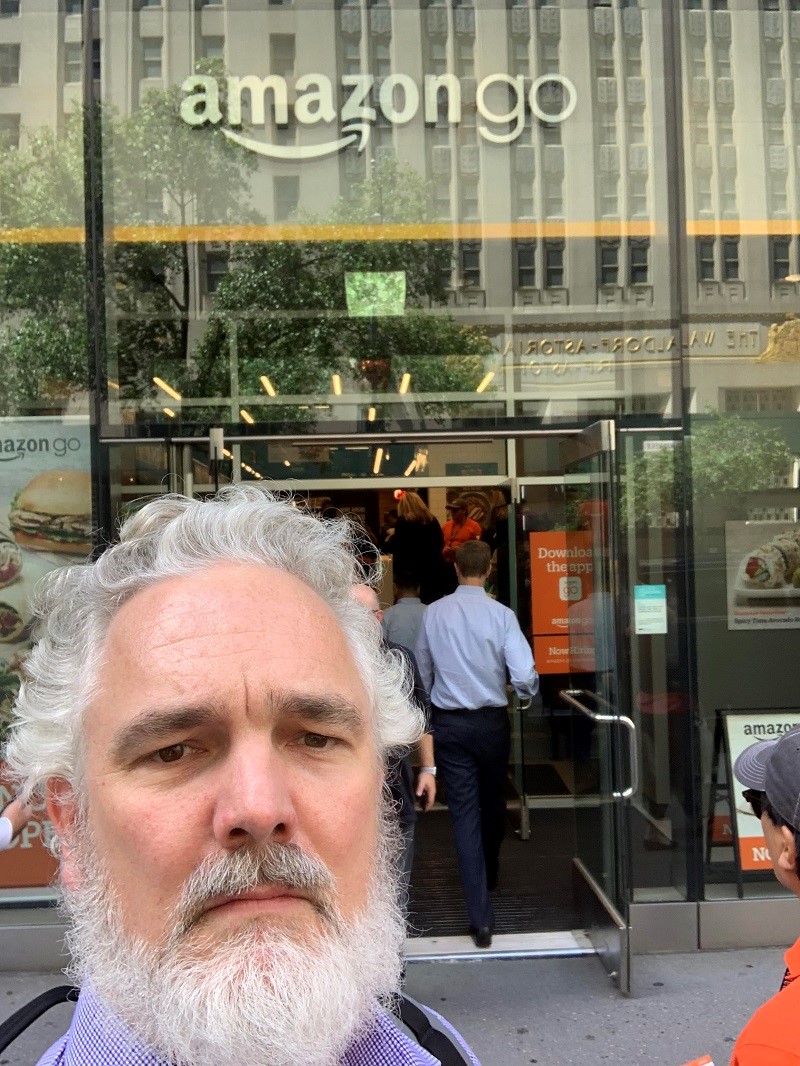 What’s different about Amazon Go Grocery is that it is a normal grocery store with a full suite of items, including fresh produce. Just like Amazon Go, you scan your QR code to get in. Then you take whatever you want and leave. Artificial intelligence (AI) keeps track of what you take off the shelf.

And just for curious readers, Amazon charges a fixed price per piece of produce. Consumers don’t have to weigh each item. 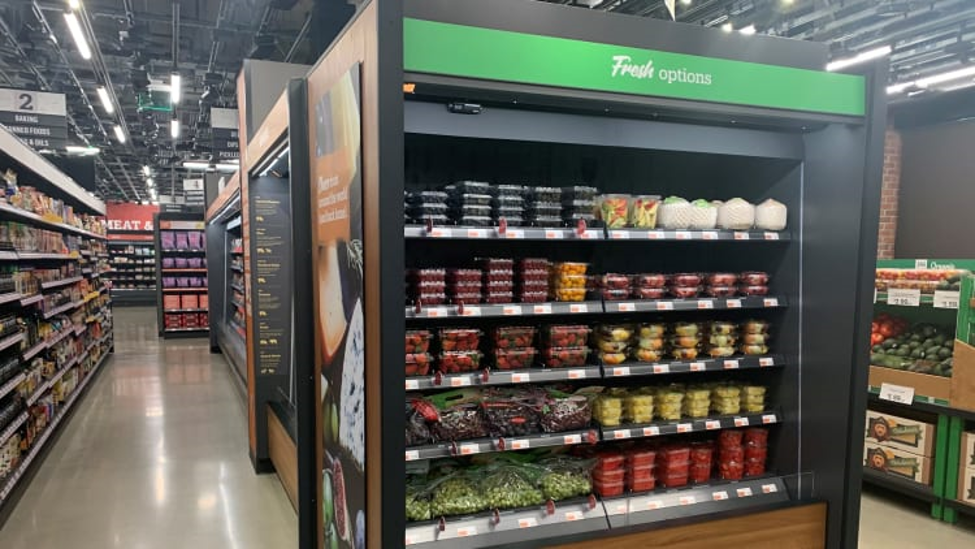 I am incredibly excited to see how this store does. For any readers in Seattle, it is located at 610 E. Pike Street. I am tempted to fly out to Seattle to check it out myself.

Now, this news is somewhat contrary to what we discussed last week regarding Amazon’s new grocery store planned for the Los Angeles area. Early photographs looked like that store would not employ any of the camera technology seen in Amazon Go stores.

Perhaps that was just to throw us off the scent. We’ll have to see if Amazon incorporates its grab-and-go technology in all its grocery stores this year.

Interestingly, it appears that Amazon wants to license this technology to other retail stores. That’s odd. This sort of convenience would be a competitive advantage for Amazon. Why wouldn’t Amazon want to keep that advantage for itself?

My suspicion is that Amazon wants the troves of data that it would acquire if this AI appears in other grocery chains and/or fast-moving consumer goods locations.

Knowing what consumers in different markets purchase regularly would be invaluable for Amazon. It could use that insight to optimize its own e-commerce and grocery operations.

Amazon’s hidden motivation could even be to better inform future acquisition. After all, Amazon acquired Whole Foods for $13.7 billion in the summer of 2017. There is more to come.

We’ll keep an eye on this trend. Late last year, I predicted that Amazon’s Go grocery stores would be a smashing success. I stand by that prediction today.

Amazon is better positioned than any other company to redefine the grocery industry.

Big Brother is coming to the EU…

As regular readers know, I believe technology is the solution to our global challenges. Policy makers, politicians, and bureaucrats pontificate over tea. Technologists and scientists just get things done.

Unfortunately, technology can also be used for bad purposes. And when it is, I feel responsible as a technologist for calling it out.

As it turns out, the EU is creating a facial recognition database across its member countries. This is something it has been developing in the background. Most EU citizens are not aware this is happening.

Even worse, its goal is to link this database to a facial recognition database in the U.S. The U.S. has not agreed to this and hopefully will not.

If this initiative goes through, the EU could monitor European citizens in real time. In essence, it could “keep tabs” on people going about their day-to-day lives using video surveillance and facial recognition.

It is already pervasive in the U.K., and many have been protesting against these Orwellian practices. (If anyone has not yet read 1984 by George Orwell, it is a must-read).

This is a complete violation of privacy. And it is frightening. Even if the facial recognition tech is 95% accurate… what happens that other 5% of the time?

We can imagine how devastating it would be for an innocent person to get arrested publicly – for example, in his or her place of work – simply because the facial recognition algorithm thought the person looked like somebody else.

Imagine showing up to work one day only to get tackled and handcuffed by the police. An event like that could devastate somebody’s life and career.

That’s why this type of system is so scary. Even if the intentions are generally well-meaning, the harm can far outweigh the good.

The darker side of advanced facial recognition was something I spoke about when I was a guest on Glenn Beck’s podcast late last year. For readers who missed it, you can watch the interview here.

The next Mars mission is coming up…

The Mars 2020 mission is coming up. The rover is scheduled to launch in July. It is going to land on the surface of Mars, dig deep into the crust, and collect a sample for future analysis. 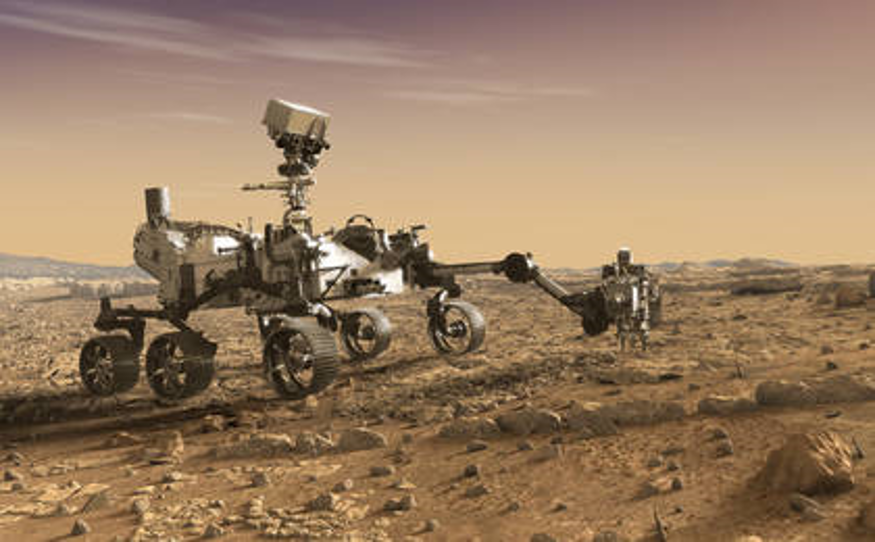 Now, we may ask – what are researchers looking for in the sample?

And the answer is… life. They are looking for life on Mars.

That may sound strange, but it is feasible. There is clear evidence that Mars once had both an atmosphere and water. That’s the recipe for life.

And the thinking is that, even though it’s a harsh environment now, there may still be life beneath the surface of Mars.

So this is an exciting mission. The Mars 2020 rover is setting out to answer that age-old human question – is there life out there? Not just in the mind-bogglingly large universe – or even in our massive Milky Way galaxy – but here in our own solar system…

Maybe we’ll find out soon enough. I will provide updates in these pages once the mission launches.