This week of August is always an exciting one in the world of monetary policy and economics. Every year since 1978, the Federal Reserve Bank of Kansas City sponsors a symposium. It is held in one of my favorite places, Jackson Hole, Wyoming.

This stands in stark contrast to the strong U.S. economy and consistent quantitative tightening of monetary policy over the last two and a half years.

President Trump has been signaling clearly on Twitter that he wants to see the federal funds rate reduced by at least 100 basis points. For reasons unstated, the Federal Reserve has not been accommodating… almost as if it wants the economy to suffer.

Interest rates are important to the investment world. They have a major impact where large institutional funds deploy capital, and that can certainly affect the technology markets as well.

So I’m keeping a close watch. I’m hoping for positive action in the coming weeks from the Federal Reserve to drop the fed funds rate another 25-50 basis points.

In the meantime, let’s turn to our insights…

For those of us interested in international affairs, the events taking place in Hong Kong have been difficult to watch.

I have a lot of friends and business colleagues based in Hong Kong. And I was in Hong Kong at the time of the handover from Britain to China. Since that time, it has been a death of a thousand cuts…

The Chinese government has been increasing its influence in a clear plan to impose Beijing law on a free society that has been one of the great economic stories in history.

In response, millions of Hong Kong citizens have engaged in peaceful protests. In fact, 1.7 million people took to the streets in a peaceful protest walk just last Sunday.

However, it seems the Chinese government is spreading disinformation online. Both Facebook and Twitter said they have evidence of this.

The Chinese government wants to portray these protests as violent, giving the government an excuse to clamp down.

Clearly, the Chinese government is working hard to control the narrative.

The ironic part is that both Facebook and Twitter profited from the propaganda push… And only now, suddenly, they decided to take a stand.

I don’t think the timing is a coincidence. To me, this looks like an effort to buy goodwill with the current U.S. administration.

We know Big Tech has been under fire recently for “fake news.” We know the trade negotiations with China are dragging on. And President Trump just stated in a press conference that any violence against Hong Kong would not be seen favorably.

In this climate, it makes sense that Facebook and Twitter would want to show that they are taking a stand against China… and against social media manipulation.

They see a chance to improve their image among the policy makers in Washington, D.C., who are now so critical of their businesses.

A groundbreaking development in AI…

It’s a nearly 9×9-inch slab of electronics. It has 1.2 trillion transistors and 400,000 cores. We can think of a core as a full computer processor. That means this chip contains 400,000 tiny supercomputers.

And they are optimized for running artificial intelligence (AI)…

The Largest Chip Ever Built 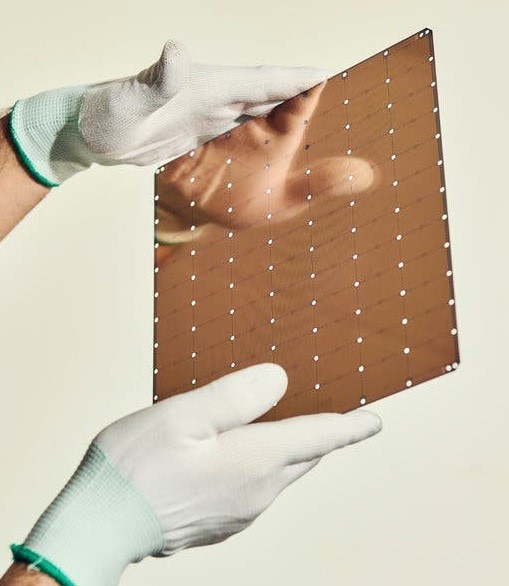 So this is a radical approach to tackling AI.

For context, the OpenAI Institute estimates that the amount of power used to run AI and machine learning (ML) algorithms has been doubling every three and a half months since 2012.

This massive chip was made to address that incredible thirst for more AI horsepower. And it’s a big bet.

Obviously, this big chip won’t fit in a smartphone. Instead, it was designed for large data centers. It will support the cloud processing required to run computationally heavy AI and ML algorithms.

That means Cerebras is betting on big players like Amazon Web Services and Google to buy these chips for cloud-based services. Other companies could then rent cloud hosting space to get access to the processing power of Cerebras’ chips. Companies like Facebook would likely use these giant semiconductors to run their AI on massive data sets… with the goal of finding ways to generate more advertising revenue by selling our data.

I love it when companies choose a clear direction like this. In the case of Cerebras, it has made a large bet on a semiconductor architecture design targeting AI/ML. If Cerebras wins, it is going to win big.

And given that the founder said this chip can train AI systems 100 to 1,000 times faster than existing AI hardware, I’m betting it will win.

That’s why Cerebras is one of the most well-funded AI startups in the industry. It has already raised $112 million in venture capital in just three years… giving it a valuation of $1.7 billion. And the company expects to raise another $80 million in its Series D round in November.

That’s likely why the company finally unveiled its breakthrough development. Cerebras is at the point of generating a lot of revenue. This is when the fun begins after years of research and development.

I’ll continue to track Cerebras’ progress as a private company. This is certainly one to add to our watchlist for a future IPO.

Meanwhile, Intel is bumbling its way into AI…

Intel also unveiled its first AI chip this week. It is calling it Spring Hill.

Spring Hill is the result of an acquisition Intel made three years ago. It bought a startup called Nervana Systems for $408 million in a desperate move to get into the AI market.

Intel became a giant with CPU chips – which are primarily used in desktop and laptop computers. But it completely missed the market demand for semiconductors that run artificial intelligence software. That’s why it bought Nervana.

But it’s incredible to me that Intel spent $408 million for this company, and it still took it three years to bring a product to market. And this is only a prototype… It’s not available yet. Rumors have it that the chips will become available in limited quantities in 2020. I doubt we’ll see general availability for at least another year.

As we just saw, Cerebras built the world’s most powerful AI chip in that same time frame… starting from scratch. And other AI startups have been launching AI chips left and right… with much less money.

So Intel continues to be way behind on AI. Its new chip may be good… We don’t know yet. But I certainly have my concerns.

Also, Intel based its AI chip on an existing design for CPUs. I just can’t understand why it took Nervana’s promising technology and anchored it to a CPU design. This just doesn’t make sense.

We’ll see how it all shakes out. But I continue to be unimpressed by Intel.

As I’ve said before, this is how incumbents fade into irrelevancy. They miss the boat on new tech… fail to innovate… and then launch a series of desperate acquisitions. That’s what’s going on with Intel right now.

My advice: Stay far away from the stock.

What is the final phase of the 5G rollout? What event takes place this October that will kick this trend into overdrive? And how can investors get positioned with quality 5G stocks right now?

I’ll answer all these questions and more in just a few hours.

And as a thank you for showing up, I’ll deliver you an exclusive research report on my favorite “final phase” 5G company to add to your watchlist. You won’t find this report anywhere online. And I can practically guarantee you’ve never heard of this company. The only way to claim this bonus is to show up at tonight’s event. Go right here while there’s still time.