It has been fascinating to watch the events unfold in Israel. The country has done an incredible job mobilizing to vaccinate the vast majority of its population. About 85% of the population has already had two doses of COVID-19 vaccines.

Everything should be back to normal by now, right? Quite the opposite.

Even though Israel has administered more vaccines per 1,000 people than any other country in the world, the country is experiencing record high COVID-19 cases.

Naturally, I wanted to better understand what was happening. This led me to scientific research that was just published last Thursday titled “Nosocomial outbreak caused by the SARS-CoV-2 Delta variant in a highly vaccinated population.” I think that you’ll find it surprising, and hopefully enlightening.

The research reviewed a recent SARS-CoV-2 outbreak at the Meir Medical Center in Kfar Saba, Israel. Because it’s a medical facility, and therefore a controlled environment, it makes for very useful scientific research.

In all, 248 patients and staff were exposed. Of that, 238 were fully vaccinated – 96% of the exposed population was vaccinated.

What happened? 38 of the 238 fully vaccinated caught COVID-19 (16%). 23 were patients, and 19 were staff. And three of the 10 unvaccinated caught the virus. The medical center staff all recovered quickly, which makes sense. They are the healthy part of the population. Five patients died and 14 had severe or critical cases. The three unvaccinated cases only had mild symptoms.

Again, 96% of the population were fully vaccinated. And there’s more… They all wore masks. Patients are required to wear surgical masks in the facility, and the staff wore N-95 masks, face shields, gowns, gloves, and hair covers.

None of it stopped the spread of COVID-19.

The authors of the peer-reviewed scientific study summed the scientific findings up nicely:

“It challenges the assumption that high universal vaccination rates will lead to herd immunity and prevent COVID-19 outbreaks.”

The COVID-19 vaccines work, just not in the way that public health officials have had us believe.

The vaccines provide some level of protection against the virus. They help reduce the severity of the symptoms for some. And the benefit/risk ratio for those who are in an “at-risk” category is generally good.

The reason why this scientific research is enlightening is that It highlights what virologists, epidemiologists, and many others have known from the beginning. These mRNA vaccines, and masks, do not stop the spread of COVID-19. They were never designed to stop the spread. One isn’t “immunized” once taking a COVID-19 vaccine.

That’s not how they work.

Thanks to this research, we can see that clearly. And this isn’t the first such kind of research. There was another recent research paper from Finland released in May that demonstrated the same results in a similar environment called, “An outbreak caused by the SARS-CoV-2 Delta variant (B.1.617.2) in a secondary care hospital in Finland.”

We’re seeing this same trend across countries with high vaccination rates. Singapore is experiencing a record surge as well even though it has vaccinated 82%. The same with the U.K. – and that’s because vaccines do not stop the spread of a highly transmissible airborne virus. And they only provide some level of protection to one person – the person that received the vaccine.

Public health officials and many policymakers are ignoring these simple, scientifically proven truths.

Governments around the world are treating us all like we’re stupid and can’t possibly understand these simple scientific facts, which is why it is so critical for us to review the scientific research, understand it, and empower ourselves to make the best decision for ourselves and our families.

A $230 million market from text files…

The blockchain industry is flipping the traditional game development model on its head with a new non-fungible token (NFT) project called Loot.

To get readers up to speed, NFTs are digital collectibles. They are tokens that represent, for example, a digital piece of art or a digital version of a sports trading card. They act as a certificate of authenticity. I’ve written a lot about this topic in The Bleeding Edge.

Today’s story is one I’m very excited to mention, as it reflects how disruptive technology is becoming.

Just over a month ago, the Loot project gave away 8,000 NFTs for free. These were simple text files of eight randomly generated items. Here’s an example. 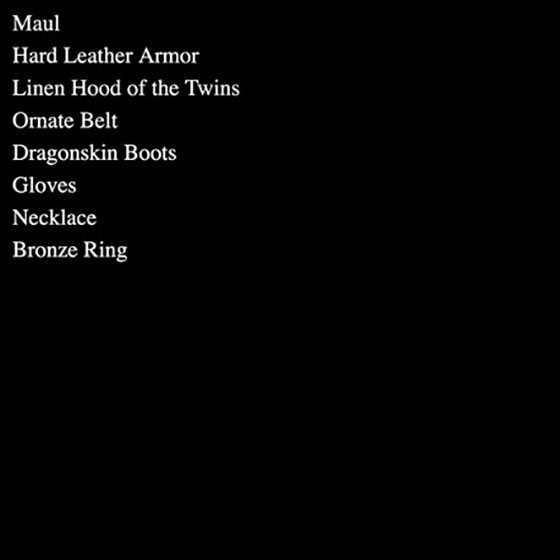 The items listed resemble a bag of equipment and goods akin to a “loot bag” you would receive in a game like Dungeons and Dragons (D&D). For any who is not familiar with D&D, it is a classic fantasy role-playing game with a feel of something like the Lord of the Rings where characters would explore worlds, encounter others, and win or lose a lot of loot.

And here’s where this story gets really interesting. No game exists… at least not yet.

Within hours of the giveaway, new Loot holders united and formed a community. In the days that followed, artificial intelligence pixel art, tools to discern the rarity of items, and even synthetic gold were created around these NFTs.

In fact, the response was so incredible that the cheapest bag of Loot now sells for 4.5 ETH – approximately $15,000 – with $230 million in sales taking place since the giveaway. Even synthetic gold – called Adventure Gold (AGLD) – has a market cap of over $220 million. These “gold” tokens will allow players to trade, interact, and barter inside a future game.

It is extraordinary. But more importantly, the community is now building a game around these NFTs.

These NFTs are not simple lines of text. They are smart contracts whose ownership can be transferred or traded. They reflect a unique set of attributes. And people are forming the foundation of some yet-to-be-developed game that will use them.

This is all very early stage. But this level of community engagement and investment is indicative of something that will ultimately translate to a working product.

We’re seeing a potential change in how games are developed by legacy gaming developers like Activision (creator of Call of Duty) and Epic Games (developer of Fortnite). And depending on the level of success of Loot, we could see other projects follow suit.

For new readers, this story reflects what The Bleeding Edge is about. We find small sprouts of activity and development like this and track them as they turn into a wave of investment opportunities for readers and subscribers.

If this game gets built and flourishes, the people who hold these assets will profit the most while having a great deal of fun. And it will unleash a wave of similar opportunities.

It is an exciting project to keep an eye on. Loot is unfolding at lightspeed, and it wouldn’t surprise me to see a game up and running before the end of the year.

And this is why I’ve been helping my readers learn more about how to invest in the NFT space. We’re sure to see incredible opportunities continue to crop up… and we don’t want to miss out. To learn about this trend, simply go right here for the details.

The company that walked away from Microsoft is now worth double…

Discord, a chat, audio, and video application popular among the blockchain and gaming community, just earned itself a higher valuation.

We previously talked about Discord in April of this year. This was after it had completed a recent funding round valuing it at $7.3 billion.

At the time, Microsoft was looking to purchase the company. It appeared like a natural fit given the synergy that exists between Microsoft’s Xbox and Discord’s community.

However, as the two were having negotiations, Discord walked. Discord likely knew its value was much higher than what was being offered.

And here we are, about 10 months later, and Discord has nearly doubled its valuation to $15 billion.

What’s interesting is the investors that took part in the financing round.

Dragoneer Investment Group was the lead investor. This is a late-stage investor that invested in companies like Robinhood, Snowflake, UiPath, Snap, Alibaba, Spotify, DoorDash, Roblox, Airbnb, and Slack, among other big names. Its focus is on getting into big names before an initial public offering (IPO).

This tells us Discord is likely on a clear path toward its own IPO.

And Discord has a unique business model for its chat application. It doesn’t try to drive revenue by mining its users’ data. Instead, it relies on a subscription model. It has a few different tiers available from $4.99 to $9.99 per month.

The platform is also highly secure with good features for video streaming.

I consider it a standout in the industry. And I hope they stay true to their roots and don’t go the advertising route.

Discord will likely continue to see growth in terms of its valuation with its 150 million users. That number isn’t much different from Snapchat’s when that social media application went public in 2017. SNAP has gone on to have a market cap of more than $115 billion.

The NFL will experience “digiphizzy”…

The last story of the day is about one of the biggest sporting leagues in the world entering the NFT space.

Dapper Labs is a powerhouse in the NFT space. And the Vancouver-based company made news recently due to its partnership with the National Football League (NFL).

Dapper Labs is no stranger to NFTs. It created the CryptoKitties collection in 2017. CryptoKitties is known for causing such a flurry of excitement that users clogged up the Ethereum network. Dapper Labs has since gone on to create its own blockchain called Flow.

And now it plans to launch NFTs with the NFL. This would include everything from trading cards to game highlights, and I predict we will see some “digiphizzy” NFTs.

Digiphizzy is when a digital token confers ownership or access to a real-world object or event. In other words, it’s where digital goes physical. It is part of a larger trend of “tokenization,” where ownership of real-world assets is represented with the purchase of a digital token.

In this case, it can be things like a hand-signed football, a jersey, or an invitation to a very exclusive event. It is very trendy right now.

But the announced partnership isn’t just a marketing deal where the NFL is trying to latch on to a buzzword. Instead, it is an equity transaction. Both the NFL and the associated NFL Player’s Association will be acquiring equity in this transaction. They have skin in the game.

The great part here is we don’t need to wait until next year before seeing how this unfolds. We will see NFTs launched in only a few months. The current target date is in January 2022, which is inside the current football season.

It is a big partnership for Dapper Labs to land as well. And it has precedent. It already has a relationship with the National Basketball Association (NBA).

Dapper Labs was an early mover in the NFT space and the first to land such a large, successful deal. The “NBA Top Shot” NFT collection has witnessed $724 million in sales, making it one of the top collections to date.

This success has enabled Dapper Labs to scale at an incredible rate. This year, it has raised $305 million and is now valued at $7.6 billion.

It is a great success story and represents just one company in the NFT space that is developing this asset class. The industry is moving so quickly; many are seeing the ability to monetize these NFT assets.

And this is why we are seeing so much capital flow into the space – something I don’t see slowing down anytime soon.