The dynamics in the smartphone industry have been fascinating to watch unfold over the last decade. The industry is often misunderstood, even by people considered to be experts.

Take Apple for example. It dominates the industry, right? A near monopoly, perhaps?

The real monopoly is Google. About 84% of all smartphones in the world run on Google’s Android operating system. The hardware is less important. It’s the software that controls the phones and collects the data.

And the dynamics in the industry changed again just a few days ago. LG Electronics, the South Korean consumer electronics giant, announced that it was backing out of the smartphone business. After years of losses trying to compete on negative margins, it finally made the tough call.

What seems like a varied field consisting of so many smartphone companies has actually become quite limited. There are now actually only six major players left:

Most of these names are probably not recognizable to many readers. Apple and Samsung we know well. But the others are primarily brands used in mainland China, parts of Asia, and other developing markets where low price is the key driver.

Things get really interesting when we look at where the profits accrue in the industry.

And the scraps – the remaining 7% of industry profits – are left for everyone else to fight over.

In a high-volume, essentially commodity-driven business like smartphones, this is where scale combined with brand can make the difference between massive profits or losses.

Venture capital continues to pour into the NFT ecosystem…

Last week, we talked about how savvy investors were betting big on the non-fungible token (NFT) market by backing OpenSea in a $23 million early stage funding round.

NFTs are digital assets that are cryptographically secured and authenticated on a blockchain. We can think of them as digital collectibles.

Days after the OpenSea raise, an even bigger venture capital (VC) round in the NFT space caught my eye. Dapper Labs just raised $350 million in a late stage VC round. The company is now valued at an impressive $2.6 billion.

Dapper Labs is the company behind CryptoKitties and NBA Top Shot. These are digital collectible platforms that run on a blockchain.

Some readers may remember the CryptoKitties game from its rise in popularity several years ago. It is a collectible game where players can buy, sell, and trade colorful digital kittens.

What made the game sticky is that players can also “breed” two kittens together to make a new cryptokitty that takes features from each parent. 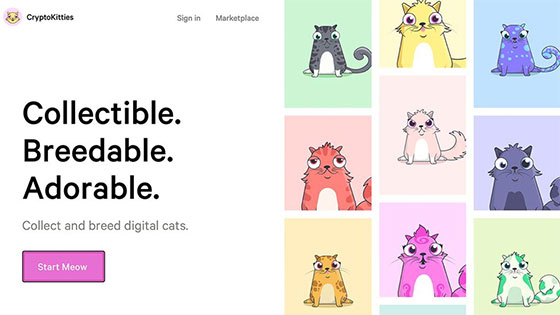 I know that this sounds absolutely crazy, but this game became so popular that it was the single largest application running on Ethereum’s blockchain back in 2018. Some in the blockchain community feared it would bog down the entire network and slow down transaction times.

NBA Top Shot is a new platform that offers the digital version of basketball trading cards. It packages together highlights of popular professional basketball players into NFTs that consumers can collect.

And get this – the NBA Top Shot marketplace has already done about half a billion dollars in transactions in less than five months. That gives us insight into just how popular digital trading cards are.

To facilitate this rise in popularity, Dapper Labs created its own blockchain called Flow. Flow will enable NFT marketplaces like CryptoKitties and NBA Top Shot to reach mass adoption without slowing down other blockchains like Ethereum.

And just like we noted with OpenSea last week, some heavy hitters invested in Dapper Labs’ most recent funding round. Andreessen Horowitz, Venrock, and Union Square Ventures each participated in the round.

This is a who’s who of smart money in the early stage blockchain space.

What’s more, a number of professional athletes invested in the round as well. Michael Jordan and Kevin Durant are the two biggest names to take a position in Dapper Labs. Among the other athletes investing were Andre Iguodala, DK Metcalf, Klay Thompson, Kyle Lowry, Spencer Dinwiddie, Tyrod Taylor, and others.

This is a big vote of confidence from the athletic community. And it will allow Dapper Labs to leverage some of these names to help drive consumer adoption of NBA Top Shot. It’s a win-win.

And this is just more evidence that NFTs are here to stay. There’s no way Dapper Labs could have raised $350 million in a single round if the smart money thought this was just a fad.

So the NFT market may be running hot, but it’s only going to get bigger from here. Dapper Labs and its Flow blockchain are definitely ones to watch.

A major inflection point in the semiconductor industry…

Actually, it is. This is the first architectural upgrade that ARM has made to its semiconductor technology since 2011. It is a turning point in the industry.

We have talked about ARM on several occasions in The Bleeding Edge.

What’s exciting about ARMv9 is that it is all about artificial intelligence (AI) and machine learning (ML). The new chips do offer improved security and computing power as well, but AI and ML are really the big areas of focus.

And that’s why NVIDIA (NVDA) is in the process of acquiring ARM Holdings. NVIDIA started in the gaming markets with its graphics processing units.

Now it’s the most valuable semiconductor company in the world due to its explosive growth serving the artificial intelligence and machine learning markets. Its chips, however, are designed for power-intensive data center applications.

And that’s the real driver behind the ARM acquisition. ARMv9 is designed for AI/ML in an area of the market that NVIDIA can’t currently serve right now. An acquisition solves that problem.

AI and ML have been critical to NVIDIA’s growth. And we have ridden that growth to 336% gains on NVDA… with more to come.

ARM’s success has been incredible. Unlike semiconductor giants like Intel, ARM was perfectly positioned for the shift to mobile devices.

It was entirely focused on semiconductor architectures that were efficient with power consumption. It designed chips that were small yet had enough computing power to perform important tasks in portable and power-sensitive devices.

The strategy was so successful that there have been more than 300 billion semiconductors shipped since 2011 based on ARM’s core architecture. That’s incredible.

It will take a few years to be widely adopted, but ARMv9 will bring AI and ML to all of our mobile devices. Smartphones, smartwatches, laptops, and other mobile devices will be optimized for AI applications thanks to this upgrade.

In a way, ARMv9 will bring AI to the masses. And that will give rise to countless applications that will leverage the technology.

And if NVIDIA can pass all of the regulatory hurdles to getting its acquisition of ARM completed, it will become even more dominant than it is today.

If it owns ARM, it will be licensing the ARM architecture to semiconductor companies worldwide. And it will have a scale that it would not have been able to achieve otherwise.

This device will harvest power from 5G wireless networks…

We’ll wrap up today with interesting research that caught my eye. A team out of Georgia Tech developed a 3D-printed antenna that can harvest power from 5G wireless networks. Here it is: 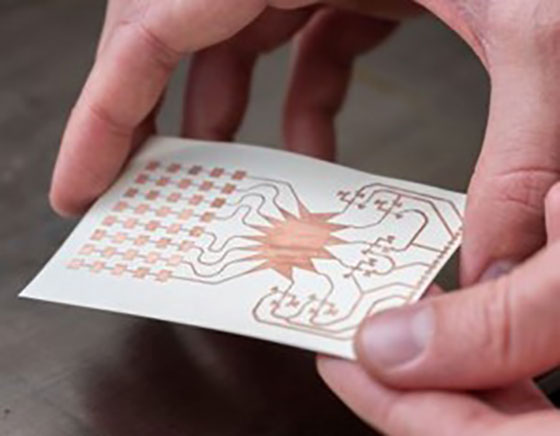 As we can see, the device is small. It’s about the size of a playing card. And it’s powered by what’s called a Rotman Lens. That’s the star-shaped item in the middle.

The Rotman Lens is basically a rectifying antenna. It can draw power from radiofrequency (RF) transmissions, particularly in the higher frequencies. That makes it perfect for 5G.

As regular readers know, 5G wireless networks can operate over a range of frequencies in the RF spectrum.

The highest-performance 5G networks operate at the higher-power millimeter-wave (mmWave) band, which Verizon is aggressively building. This is the 5G that provides 1 gigabit-plus speeds and almost zero latency.

Higher powers are required to deliver the higher performance. This device is designed to harvest some of that energy and redirect it to a useful purpose.

To keep things in perspective, at about 500 feet from a 5G mmWave transmitter, the device can collect about 6 microwatts of power. That’s high power for wireless transmissions, but extremely low power from a consumer electronics perspective.

The most likely application is a sensor of some kind. It could be a sensor to gauge environmental factors like temperature or humidity.

Or it could even be a sensor to measure noise levels. The advantage of doing so is that sensors can be deployed without needing to worry about batteries, which drives down the cost even further.

And mmWave 5G networks require towers on every street corner. That means this device could power countless sensors all over a city.

These sensors could communicate useful data about environmental conditions simply by harnessing energy that would otherwise be wasted. That’s a neat concept and very much an added benefit of 5G.

Georgia Tech will look to license this technology to a company that can commercialize it. We need to follow that closely. It could lead to a fantastic investment opportunity that nobody else has noticed.

To illustrate this, look at Adesto Technologies. This is a company that provided application-specific semiconductors for connected devices. It traded independently under the ticker IOTS until Dialog Semiconductor acquired the company for $500 million last year.

A company employing this technology coming from Georgia Tech could have similar potential. That’s something I’ll be watching for in the months to come.

P.S. The replay of my America’s Last Digital Leap presentation will remain online for just a few more days. Readers who missed it can catch up right here and learn the details about the top company I predict will profit from the industry that’s finally getting ready to go digital.