A few weeks back, I attended the Future of Fintech conference in Manhattan. This was my third year straight… And I love this conference. It is one of the most well-run conferences I go to each year. 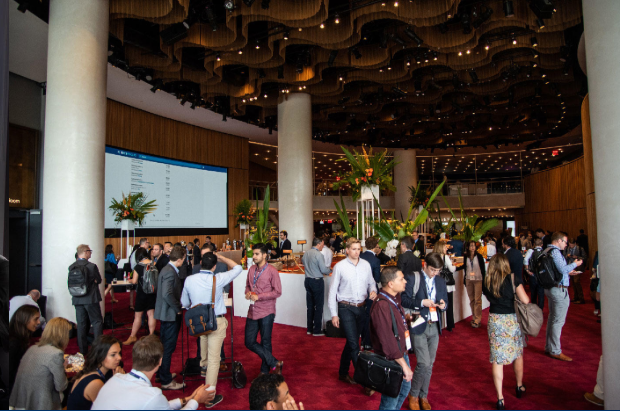 The Future of Fintech conference

Fintech stands for financial technology. It’s an industry that aims to improve financial services with technology.

Blockchain gets all the fintech news coverage right now… But this conference isn’t about blockchain technology.

As you can imagine, the fintech industry is much more innovative and fun than traditional banking. That gives the Future of Fintech event a certain buzz that I don’t find at too many conferences.

There are plenty of young people involved. And the conversations that take place on the side are robust and lively. 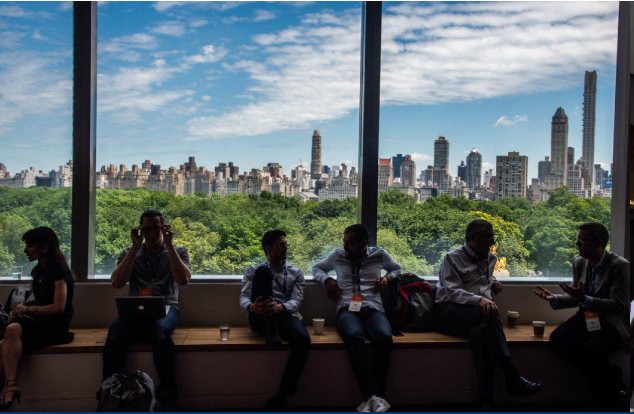 Conversations during the conference

Today, I want to share with you a few exciting insights I gained from the event.

And remember, unless you attend these conferences in person, there’s no way to gain access to the presentations. I’m happy I can give my readers this look behind closed doors.

A company called Root Insurance talked about its business in a fireside chat… It’s a great example of taking a well-defined industry (car insurance) and turning the business model on its head.

Root has taken artificial intelligence (AI) and applied it to car insurance. This enables it to offer cheaper insurance packages to good drivers.

In fact, its data shows that good drivers can save 52% by switching to Root. That sure beats Geico’s 15% tagline. Here’s how it works…

You simply download Root’s app on your phone and go about your normal daily driving routine for two or three weeks. Through the app, Root’s AI analyzes 10 data points per second when you are driving.

By analyzing this data for two or three weeks, Root’s AI can determine how likely you are to be in an accident. Basically, it’s assessing how safe a driver you are. Then Root sends you a personal insurance quote right to your phone. If you like the offer, you simply sign up on the spot.

That’s it. No phone calls… no agents… no underwriters. Everything is done on your phone.

And Root’s growth shows that its offers must be quite competitive.

What’s more, Root is now valued at $1 billion. It went from $0 to $1 billion in just four years. That shows you the power of AI and digital first solutions.

So Root is a company to watch. Because its app analyzes driving habits, Root has more telematics data on its customers than any other insurance company in the world. And it is giving customers personalized packages based on this data.

Compare that to the giants – Progressive, Geico, and the like. They have no idea if their customers are safe drivers… unless, of course, if they repeatedly get in accidents. They just sell the same insurance packages to every customer. That way, safe drivers are essentially subsidizing unsafe drivers.

Obviously, Root’s approach is much better. This company will either get acquired or go public in the near future. Root is live in 25 states right now in the U.S. and is adding a bunch more this year. I wouldn’t be surprised if it has coverage in all states by the end of next year.

Another great start-up present at the Future of Fintech conference was Blend. Blend is a digital lending company that uses AI to simplify the lending process for major banks.

Blend provides a back office system for banks to feed customer data into an AI. The AI analyzes credit scores and histories… income… financial statements… and tax returns to determine creditworthiness.

Basically, Blend’s system automates the underwriting process… which cuts the time it takes for a loan to get approved in half.

I can personally attest to Blend’s system. Wells Fargo uses Blend in its mortgage application process… And I obtained my mortgage from Wells Fargo 18 months ago.

I can tell you that my experience was amazing. It was the fastest approval process I’ve ever experienced. And the Wells Fargo people I dealt with on the front end were more friendly and knowledgeable as well. I believe that’s because they were empowered by Blend’s technology.

It’s no wonder Blend is now processing $2 billion of U.S. mortgages every day. Blend’s tech is a major asset for banks and mortgage companies.

Blend is another start-up that went from $0 to $1 billion in a short time. It has done it in about seven years. And all signs point to a coming IPO…

Blend just brought in former Fannie Mae CEO Timothy Mayopoulos to be president. This is a guy with experience running a publicly traded firm.

Anytime you see this type of hire, it’s a sign the company is thinking about an IPO. Plus, Blend is doing enough business with banks that it’s within reach of a public offering. It will benefit from the added transparency of filing audited financial statements every quarter.

So we’ll keep a close eye on this one going forward. Blend could make for a great investment opportunity one day soon.

Universal basic income is coming, but it’s not what you think…

I’ll be sure to send you more insights from the conferences I attend in the coming weeks. But for now, let’s conclude with an interesting story out of Washington…

The U.S. Senate just introduced a new bill called the DASHBOARD Act. It says that technology companies with more than 100 million monthly users must disclose the type of data they are collecting… and put a monetary value on that data every quarter.

In other words, the bill says social media companies must tell users how much money their data is worth… how much value is being extracted from them. This act is specifically targeting companies like Facebook and Google.

What’s particularly interesting is that this act, if signed into law, would give us a standard metric to measure the value of the data a consumer produces.

For example, we know Facebook made about $30 per U.S. user last quarter. That was its ARPU.

But what that doesn’t tell us is how much our data is worth individually. If the average was $30, that means some people produced a lot more… and some a lot less.

Once we know how much our data is worth individually, we’d have a baseline for what these firms would likely pay users in exchange for personal data.

Remember, I’ve predicted this for a while. I believe the data-collecting companies will have to pay people for their data – we can think of this like a profit-sharing agreement between the tech platform and the producer (us consumers).

This would deflect regulatory scrutiny and appease some lawmakers hoping to break these companies up.

We’ve talked about how Brave is already sharing advertising revenue with users. The big boys like Google and Facebook will have to do the same.

Everybody will get “data dividends” each quarter, based on the value of the data they produced. It may be somewhat tongue in cheek, but it will be like a form of universal basic income (UBI)… because pretty much everyone has a smartphone and computer.