As expected, the Federal Reserve cut its federal funds rate by 25 basis points. As I write this, the markets are all green this morning.

There wasn’t any specific information given with regard to future cuts. But Federal Reserve Chairman Powell noted that if the economy worsens then the Fed could cut more aggressively. The U.S. economy remains remarkably resilient despite economic troubles elsewhere in the world.

This is a positive step for technology companies, and there is certainly plenty of room to lower rates if the U.S. economy weakens.

The markets are back in full swing now that fall has begun. Summer vacations are over. Companies are getting back to work.

I remain bullish on the market through the end of the year and into 2020. I’ll certainly let my readers know if anything happens that might change my position.

Now, let’s turn to our insights…

An AI-powered air purifier for the environment… 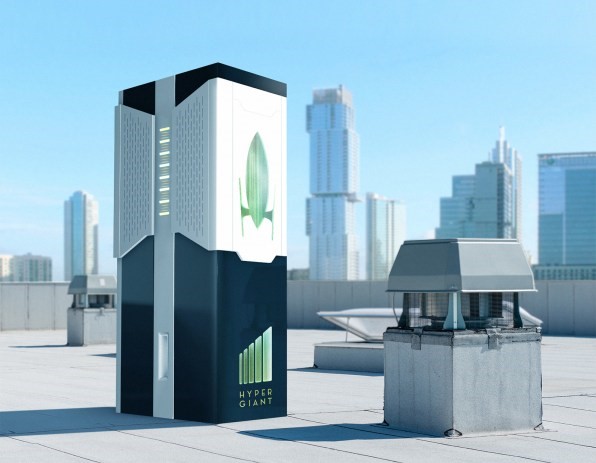 It’s not the first time that algae have been used for carbon sequestration. But what’s unique about the Eos Bioreactor is that artificial intelligence (AI) powers it. The AI optimizes the growth and performance of the algae. That’s how one bioreactor can capture the same amount of carbon as 400 trees.

Hypergiant Industries designed the first prototype to connect to a building’s HVAC system. It would be deployed in large factories or office buildings.

And the company envisions an outdoor version that would sit on top of buildings. Deploying a fleet of these in each city would do wonders for air quality while reducing carbon emissions.

Also, it is worth noting that excess algae can be harvested to make food, fertilizer, and cosmetics. This will be necessary as the algae gradually grow within the bioreactor.

So this will be a fun project to watch.

And Hypergiant Industries is a great company to put on our watchlist. It is a small company out of Austin, Texas, that’s applying AI to the aerospace and defense industry as well. The company has only raised $5 million to date, yet it already shows an impressive list of customers and projects.

We’ll keep an eye on this one going forward…

My thoughts on the Hedera Hashgraph launch…

We typically save our mailbag questions for Friday. But I’ll take some time today to address a question I’ve gotten from readers.

Are you able to share your thoughts on Hedera Hashgraph, and do you know when tokens will be available for purchase?

For context, Hedera Hashgraph is thought of as a more advanced blockchain technology. It’s like a third-generation blockchain. And it just went live on Tuesday.

Of course, Bitcoin was the first generation. Ethereum was the second generation. And now we have Hedera Hashgraph. It can do everything Bitcoin and Ethereum do… And it can do it faster.

Hedera Hashgraph uses a technology called directed acyclic graph (DAG). DAG technology allows Hedera to confirm transactions individually in a matter of seconds. It doesn’t need to lump transactions into blocks and then confirm those blocks, which is what most other blockchain projects do.

And this allows Hedera Hashgraph to process more than 10,000 transactions per second. That’s fast enough to handle all credit card transactions globally every day.

As for whether I like the project… the answer is yes and no.

I like the technology. I think it has great promise. That’s why I have followed Hedera Hashgraph from the beginning. I even attended the exclusive launch party in New York City.

Those are just absurd levels for a project that didn’t even have functional tech at the time. And it turns out I was correct in my analysis…

The token (HBAR) just hit the market yesterday at a $5 billion valuation. And it tanked.

HBAR lost 77% of its value in just over 24 hours. That means Hedera Hashgraph’s valuation has plunged to under $1.2 billion.

And even that is too high for a project that nobody is using yet. The value of the token will drop further… And recovery will take quite some time.

So I think Hedera Hashgraph shows great promise. But I won’t be buying at these valuations.

Something trading at $0.52 may be undervalued or overvalued. We must take into consideration the number of tokens issued (plus those that will be issued in the future), the technology, and the future adoption of the technology when determining the valuation.

While the methodology is a bit different, this is also true of determining the valuation of a public or private company. A stock trading at $2 doesn’t necessarily mean that it is “cheap,” nor does a stock trading at $1,500 a share mean that the stock is “expensive.”

It just leaked that Facebook partnered with eyewear brand Ray-Ban to work on social media-centric sunglasses. The project code name is “Stella.”

These will be smart sunglasses that look like Ray-Ban glasses… because they will be Ray-Bans. But they will also be able to record videos and snap photos for upload to Facebook.

Social media platform Snap pioneered social media-optimized glasses. Its product is called Spectacles. Snap has already developed its third generation of Spectacles, but so far, the glasses haven’t caught on. Despite an attempt at fashion consciousness, it’s just kind of geeky to walk around wearing something that so obviously has cameras embedded in it.

That’s why Facebook’s partnership with Ray-Ban is so important. After all, would consumers really want to wear light-blue “Facebook” glasses? Probably not. But these will be stylish sunglasses that the market already knows and loves. And with Facebook’s reach, I think this project could do quite well.

We can expect to see a launch soon – perhaps as soon as the holidays.

Upon launch, Facebook will analyze the adoption and usage of these smart sunglasses. The company will use that data to inform its development of augmented reality (AR) glasses. That project is already code-named “Orion.”

And as regular readers know, I expect AR to be the next mass-market consumer frenzy. Ultimately, I think AR glasses will replace the smartphone and be controlled by voice commands and some gestures.

I’ve said it several times. I dislike Facebook’s business practices on a personal level. But I can’t deny Facebook is an incredible company and investment. This move is one more reason why.