What an exciting weekend!

Virgin Galactic, one of the world’s first emerging commercial spaceflight companies, successfully conducted its first spaceflight in more than two years on Saturday.

Here is a shot taken from the tail of the spacecraft with Earth in the background. This is the kind of view that the pilots enjoyed.

Virgin Galactic’s approach to space is different than Blue Origin, which deploys a reusable rocket booster to launch its spacecraft above the Kármán line – the edge of Earth’s atmosphere and space.

After that, the spacecraft simply glides back down to Earth for a remarkably “normal” landing, just as we would do with a plane. No dramatic splashdowns in the ocean required.

The advantage of this approach is that the spacecraft doesn’t need to be designed to carry all the fuel necessary to get to space. With the help of the carrier aircraft that brings the spacecraft to 44,000 feet, the load required by the spacecraft is dramatically lessened.

And by having a spacecraft that can glide back down to Earth and land on a normal runway, no special equipment is required to recover the spacecraft. The spacecraft and carrier aircraft can be turned around quickly for the next commercial spaceflights.

Virgin hasn’t yet had its first passenger flight, but with this latest success, I doubt it will be much longer. The company already has more than 600 reservations at a price of $250,000 each. That’s $150 million in business right there.

What also makes Virgin Galactic (SPCE) interesting is how it accessed the public markets back in late 2019. It went public via a reverse merger with a special purpose acquisition corporation (SPAC).

Going public with high-quality SPACs backed by impressive sponsors – the kind that the executives of private companies would like to have on their board – is a fantastic alternative to the expensive and time-consuming process of going public via a traditional initial public offering (IPO).

It is also an incredible opportunity for normal investors to access shares in pre-IPO companies that they otherwise would never have access to.

Most of us are simply locked out from accessing promising IPOs, as shares are typically reserved only for funds and high-net-worth individuals.

And if you’d like to learn more about opportunities with this kind of potential, please join me this Wednesday evening for my Emergency Briefing.

There, I’ll show attendees how they can take advantage of some exciting companies while they’re trading at a discount. I’ll even be giving away a free recommendation that night.

It’s all going to happen at 8 p.m. ET. So please make sure to reserve your spot right now.

Many readers may be familiar with the photo- and video-centric social media application Snap. It’s popular with younger audiences, allowing users to post photos and short video clips for a global audience.

And the company really caught my eye when it unveiled its new fourth-generation Spectacles during its annual developer conference last week.

Longtime readers may recall that we covered the third-generation glasses back in 2019. 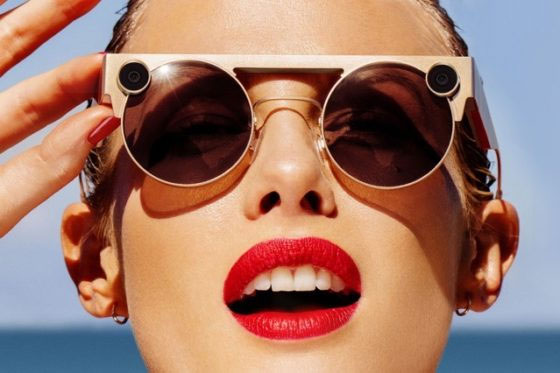 Snap’s first few generations of Spectacles had cameras that simply captured video or photos. Users were then able to upload the video to their phones, where they could add effects and filters before uploading their content on Snap.

Obviously, these previous generations look a bit silly. But the fourth-generation Spectacles have made a massive leap in the technology…

The fourth-generation glasses enable immersive augmented reality (AR) experiences – not just snapping photos. And Snap revealed at its developers conference that the company is looking for builders to create new experiences and filters for AR.

Let’s have a look: 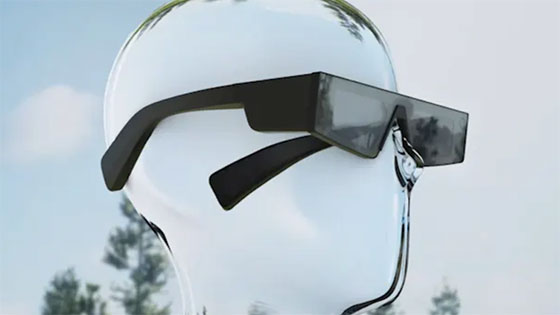 In Snap’s new glasses, users can now see the filters and effects on the lenses themselves. This is thanks to an optical see-through display that provides 2,000 nits of brightness. That means the display can be seen even while outdoors on a clear sunny day.

A touchpad in the arm of the glasses allows users to give the unit commands. That’s in addition to the two cameras and four microphones housed in the frames.

And it weighs in at 134 grams, which is just slightly over a quarter of a pound. This is quite a bit heavier than normal glasses, which usually weigh around 25–50 grams. But it’s still far less than a full AR headset like Microsoft’s HoloLens.

What’s interesting here is that Snap chose to house not only the battery, chips, and cameras in the frames but the computing power as well. This means the AR technology is fully encased in the glasses.

Aside from the less trendy look, the main drawback is the glasses only have enough battery life for 30 minutes of continuous use.

This is a common challenge with on-device AR processing that companies like Snap, Facebook, Apple, Microsoft, and Google are all trying to overcome.

One proposed solution is running the AR application on a smartphone that’s synced with the AR headset. This removes some of the bulk and can improve battery life dramatically in the glasses.

Ultimately, what’s clear is we are getting close to a significant breakthrough that takes AR glasses mainstream.

As I’ve written about before, I suspect we’ll get a closer look at Apple’s AR plans at its developers conference on June 7. We’ll keep readers updated on any interesting developments…

Yes, you read that correctly. It helps an AI forget.

We can understand how this can be useful when we think of how AI operates. It crunches millions of data points and scours a backlog of even more saved data points in order to make accurate predictions.

This can lead to a mountain of data that only grows over time. And ultimately, it slows down the AI’s ability to compute.

To combat this issue, Facebook’s Expire-Span predicts what data is useful and what can be discarded.

This means an AI retains only the data that’s most valuable and useful for the specific task it is designed to do. The irrelevant data receives an expiration date for later removal or is immediately discarded.

This makes the AI more efficient while reducing operating costs associated with running the AI.

We can think of this like we do the human brain. Can you imagine saving every memory of your life from the day you were born? Instead of actually getting things done, you might spend all day combing through your backlog of memories.

Fortunately, we are equipped to remember what’s useful while less relevant memories fade. And this is how Expire-Span works too.

And this tells us AI development is accelerating. Readers will likely remember a story we recently covered in The Bleeding Edge where one of the “Godfathers of AI” released a paper on how to bring human intuition to AI. It was a way to give a computer a “gut feeling.”

And Expire-Span is yet another advancement that can make AI more powerful and faster.

Clearly, the industry is getting very close to an inflection point that will create billions if not trillions of dollars for the select few companies with the most advanced AI. This technology is advancing at a pace we’ve never seen before.

And in order to take advantage of the upcoming advancements, we are building out our AI portfolios in The Near Future Report and Exponential Tech Investor.

We are taking positions in companies that will be a key part of this AI megatrend in order to make massive gains as this story plays out.

The technology responsible for this is called the Skyborg Autonomy Core System, or ACS for short. The USAF’s project took an unmanned Kratos UTAP-22 drone and basically added a brain to it.

The drone successfully took off from Florida and then flew over the Gulf of Mexico for more than two hours.

The drone conducted various maneuvers during its test flight. It was monitored from both the air and ground while receiving some navigational cues.

What’s interesting here is the AI-powered, unmanned drone can act as an inexpensive wing pilot. And it can even perform more dangerous or monotonous jobs without the need for human intervention.

For instance, it can evade surveillance technologies in enemy territory or scout the air route ahead for enemy fire. Or it can act on the offensive using its equipped missiles.

This gives a fighter jet pilot more offensive and defensive capabilities at a fraction of the cost.

And the fact that the technology is making significant progress in terms of flight time makes me believe that within 24 months it will be more widely used in the military.

While this work will greatly help the USAF improve its capabilities, I also have concerns.

That’s because these drones can be armed with an array of weaponry. This can include a bomb like a W54 warhead, which is only 17.5 inches in length and weighs 56 pounds.

And if the AI doesn’t function as desired, then the consequence can be grave.

For those science fiction fans out there, it reminds me of the beginning of what could become a modern-day Skynet.

And for those Star Trek fans, the Borg weren’t exactly the most fun to hang out with either.

I’m not sure if the name “Skyborg” was done with a sense of humor. But I am certain the Air Force could have come up with a less ominous name.

Let’s hope this technology is used wisely and that the AI doesn’t get too smart.

P.S. This Wednesday, I’ll be giving my Emergency Briefing on a critical opportunity I don’t want any of my readers to miss.

As many have noted, the markets have been volatile over the last few weeks. And on top of that, some bad news about one booming space has sent investors fleeing.

That means we have a rare opportunity to take advantage of a discount window on these companies. Even better, this space still lets investors get in before the biggest gains are eaten up by institutional investors and hedge funds.

This Wednesday at 8 p.m. ET, I’ll share all the details. And I’ll even give attendees the name of one of my recommendations in this space for free.

All you have to do is go right here to reserve your spot.