Friday brought some good news, as there was positive progress in the trade negotiations between the U.S. and China.

The Nasdaq Composite was up 1.34%. Tech stocks with specific ties to China enjoyed an even better day. Apple, for example, jumped 2.7% on the news.

While the agreements reached were primarily around agriculture and finance topics, the fact that they were constructive provided some relief to what had otherwise been a tough two weeks for the market.

Most tariffs are still in place, so there is a strong incentive for both sides to continue to make progress on negotiations. In fact, additional tariffs will kick in by December if further agreements aren’t reached, so I expect more news within the next 4–6 weeks.

An agreement on intellectual property rights would be very bullish for the technology industry.

I’ll keep an eye out for any developments. But for now, let’s turn to The Bleeding Edge…

Well, PayPal, Visa, Mastercard, Stripe, Mercado Pago, and eBay just bailed on the project. And the timing is not coincidental…

Today is the Libra Association’s first meeting. All founding members are gathering in Geneva, Switzerland. The goal is to clearly identify what roles each company will play… and what contributions each will make.

And the association will draft its initial charter from the results of this meeting. Every member company will have to sign.

Clearly, these six companies will not be in attendance. And here’s the real reason they stepped aside…

Days ago, two U.S. senators – Sherrod Brown from Ohio and Brian Schatz from Hawaii – sent a letter to Visa, Mastercard, and Stripe. In that letter, the senators said they were concerned about Libra. And they said that membership in the Libra Association would lead to increased regulatory scrutiny.

If that isn’t a veiled threat, I don’t know what is.

What’s more, Facebook CEO Mark Zuckerberg was recently called back to testify before the House Financial Services Committee on October 23.

Obviously, these companies felt it was in their best interests to step aside. The perceived regulatory risk to their own businesses was just too great.

To be clear, Facebook doesn’t need these companies in order to launch Libra. But this regulatory clampdown could certainly slow down Facebook’s efforts.

As regular readers know, I’m no fan of Facebook’s business practices. But I do believe companies should be free to innovate and build next-generation technology, as Facebook is doing with Libra.

I’ll be watching very closely to see how the next chapter in this story plays out… as will the six companies that stepped aside. Nothing prohibits them from joining the Libra Association at some future date if the perceived regulatory risk lowers. Stay tuned…

The SEC just cracked down on Telegram…

On a related topic in the digital asset space… Messaging platform Telegram just received a cease and desist letter from the Securities and Exchange Commission (SEC). The letter came as Telegram planned to launch its cryptocurrency, the “Gram,” by the end of this month.

But let’s back up for a minute…

Last year, Telegram raised $1.7 billion with its initial coin offering (ICO). It was the second-largest ICO amount raised in history.

And in an effort to appease regulators, Telegram sold its cryptocurrency only to accredited investors through a strict Regulation D offering. Telegram believed this would keep the company out of regulatory trouble.

The SEC just obtained a temporary restraining order against Telegram and a second company called TON, which would be the Gram’s issuing company. The SEC claims that Telegram failed to register the sale of its 2.9 billion digital tokens, which included about 1 billion tokens sold to U.S. buyers.

This is surprising given that Telegram took what was considered to be a more conservative route, limiting the ICO to accredited investors.

What’s more, Telegram said it had been in discussions with the SEC for more than a year regarding its ICO. The company was shocked by the SEC’s action against it.

So this appears to be another shot across the bow. This move against Telegram comes just a week after the IRS put out onerous guidance on the tax treatment of cryptocurrency transactions.

To be blunt, it looks like we are experiencing the worst-case scenario. An overbearing regulatory environment is evident… one designed to stifle innovation and limit the creation and adoption of digital assets.

Longtime readers will know that I’m a member of the blockchain advocacy group the Chamber of Digital Commerce (new readers can catch up here). Our mission is to advocate for a light regulatory touch in the digital assets space. We want to encourage innovation and foster adoption.

But it looks like the regulatory clampdown is hitting everything related to digital assets. This is exactly the opposite of what the industry has been working toward.

Broadly speaking, this is bad news for the blockchain industry and digital assets in the short term. We’ll watch this space closely in the coming months.

Let’s finish today with a bit of good news…

Google’s autonomous driving division, Waymo, just announced its Waymo One service. This is a self-driving taxi service coming to Phoenix, Arizona, this quarter. In fact, the launch is imminent. We can think of Waymo One like Uber and Lyft… but without a driver in the front seat. 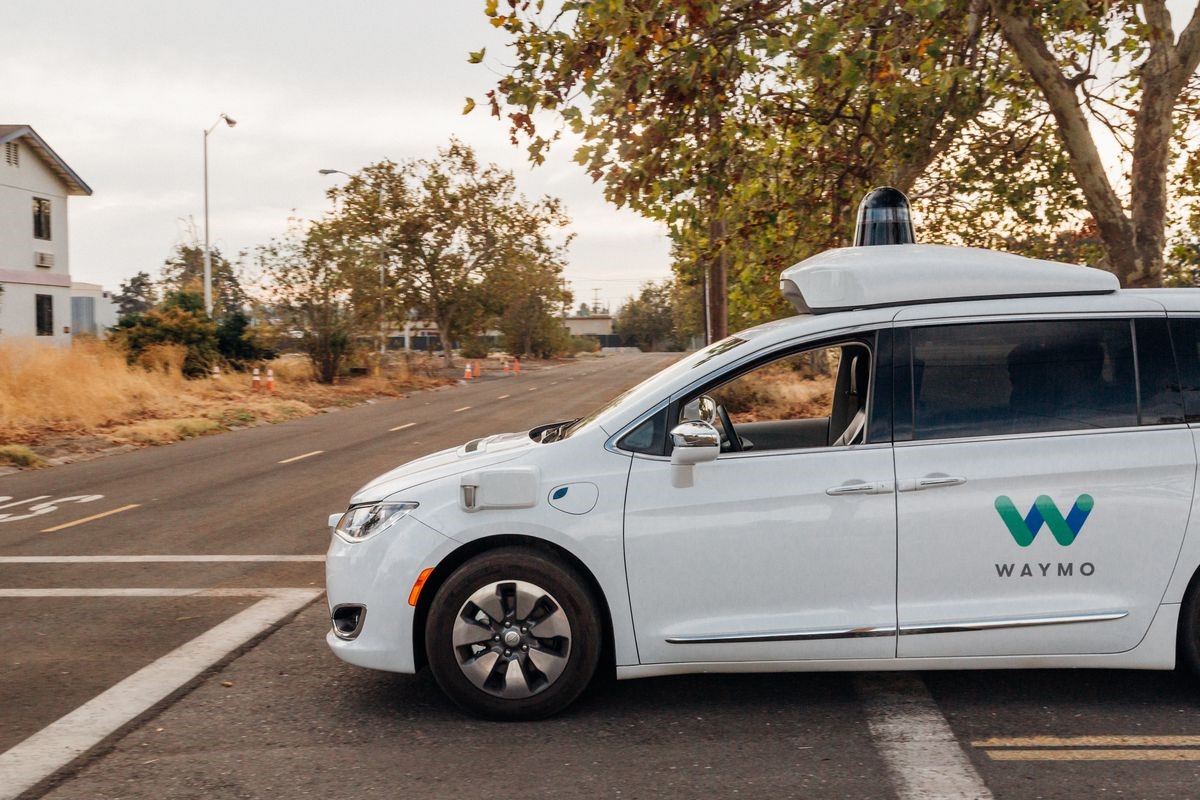 Waymo’s announcement went out to members of its Early Rider program. These are people who signed agreements to ride in Waymo’s self-driving cars. And it looks like there are at least 400 people in this program.

So this is a breakthrough moment. Autonomous vehicles are here. It’s happening right now… much faster than most expected.

And we are talking fully autonomous here. The Waymo One cars will not come with a safety driver in the front seat. Obviously, Waymo would not be doing this if it felt its technology was not ready.

And I think the catalyst for this last leap in Waymo’s self-driving tech happened over the summer.

Back in July, Google’s AI division DeepMind published an article about how neural networks could be used for self-driving cars. These are AI-powered computer systems designed to solve problems like a human brain.

I’m very excited to see how Waymo’s service does out in Phoenix. In fact, I may even go there myself to check it out. It’ll only be a matter of time before self-driving taxi services like this are commonplace across the country. 2020 will be the year we begin to see these services go live in city after city. I for one could not be more excited.