Van’s note: Van Bryan here, Jeff Brown’s longtime managing editor. At the end of every year, I sit down with Jeff to discuss his biggest predictions for the coming year. Remember, you can always catch up on earlier editions in this series by going here.

Today, we go to the bleeding edge and discuss two technologies with disruptive potential: nuclear fusion and quantum computing. I’ll ask Jeff for his biggest fusion prediction, if we should be worried about “quantum supremacy,” and what all of this means for investors.

Van Bryan (VB): Jeff, let’s start today by talking about a topic that gets very little coverage outside of Brownstone Research – nuclear fusion. You’re very bullish on this technology. But for newer readers, could you get us up to speed?

Jeff Brown (JB): Nuclear fusion is the process of taking two separate nuclei and combining them to form a different nucleus. Here’s a very easy way to think about it: Nuclear fusion is what generates energy that is emitted from the sun. The idea is to take the power of the sun and use it as a power source.

We can contrast this with nuclear fission, which is the process of splitting atoms, and it’s what most people think of when they imagine “nuclear power.”

And you’re right, outside of my readers, I would guess that not many people know about this technology. But I truly believe this is the future of clean energy production.

Because when we think about clean energy, we really need to look at the entire picture.

Most people tend to think they’re contributing to a clean environment by driving an electric vehicle (EV). But they don’t bother to consider where that electricity comes from. If that electricity is generated by a coal-fired power plant, is the EV really any cleaner?

Solar panels are made with toxic chemicals, and they are notoriously difficult to recycle after they need to be disposed of. Hydroelectric power damages natural waterways. And wind farms negatively impact migratory patterns of wildlife, particularly birds.

It’s very rare for us to consider some of these second-order environmental impacts.

And the reason why I speak highly of nuclear fusion is because it will generate truly clean energy without many of those other drawbacks.

VB: Wouldn’t a nuclear fusion plant take up a lot of area like a fission plant today?

JB: Not necessarily. One of my favorite companies in this space is Commonwealth Fusion Systems. The company was spun out of MIT in 2018. And it uses a doughnut-shaped reactor – it’s known as a “tokamak reactor” – to create a circular plasma reaction. Commonwealth is working on the SPARC project in collaboration with the MIT Plasma Science & Fusion Center. 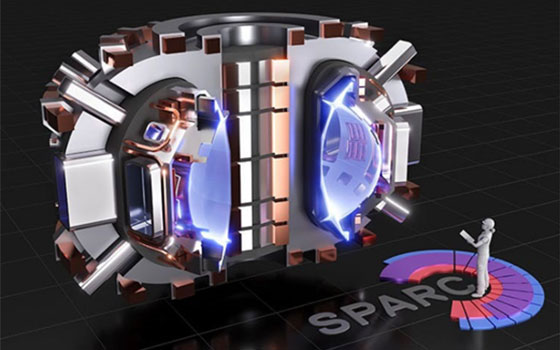 The reactor could fit in a large room or be loaded onto a semi-truck. You have the potential for just one of these reactors to power a small town. Several of them could be set up to power entire cities.

In 2022, I believe we’re going to see at least one major breakthrough in terms of a recorded level of sustained nuclear fusion plasma.

In essence, it will be a record for a sustained fusion reaction.

I predict it will be one of the smaller, private companies. And it will happen as a result of breakthroughs in materials, science, and machine learning that are used to manage the magnetic fields that control the plasma reaction.

VB: And what will the significance of that be?

JB: The significance is that it will demonstrate that a commercial fusion reactor isn’t 20 years off… it isn’t even 10 years off. Sustained fusion will happen sooner than most think.

And we’re starting to understand that wind and solar alone simply aren’t going to be enough to get us off of carbon-based fuels.

And what’s going to happen in 2022 is that venture capital is going to flock to this area of technology. We saw a spark of this already in 2021.

Commonwealth just raised $1.8 billion in its latest venture round. I wrote about this recently in the pages of The Bleeding Edge. This was on the heels of Helion Energy – another fusion company – raising $500 million.

This is going to accelerate in 2022, thanks in large part to the ridiculously popular trend of ESG investing.

[Van’s note: “ESG” stands for “environment, social, and governance.” It’s a type of investing that takes into consideration a company’s environmental or societal goals.]

Capital is not only hungry for legitimate ESG investments… many firms must deploy the capital into ESG investments per their charters. Nuclear fusion technology absolutely fits the description of a great ESG investment.

And when this breakthrough happens that I’m predicting, it will finally be enough to convince private equity and venture capital to deploy large amounts of capital, billions of dollars, into this technology.

VB: That will definitely create some real momentum. Now, before we wrap up today, I’d also like to discuss another big technology – quantum computing. Can you remind readers of the significance of this technology?

JB: Of course. I made my first recommendation in the quantum computing space to my Exponential Tech subscribers earlier this year. So I’m very interested in putting this technology on readers’ radar.

[Van’s note: Paid-up subscribers can find that issue here. And if any readers would like to learn more about how to become an Exponential Tech member, you can go right here for more information. Then make sure to check out the October issue for how to invest in quantum computing technology.]

But it involves a little explanation…

VB: OK, that makes sense. How are quantum computers different then?

I know that this might be a hard concept to understand. But the most important thing to grasp is the implications of this technology.

The speed and power of quantum computing make today’s supercomputers look quaint, even antiquated. This is the biggest technological breakthrough of our lives.

With an advanced quantum computer, we will be able to predict weather patterns with unbelievable accuracy, weeks in advance. A quantum computer could be “unleashed” on molecular analysis to find cures for diseases previously thought incurable.

And quantum computing will allow us to achieve nuclear fusion by performing the immense calculations needed to stabilize the plasma in a fusion reactor.

In fact, it’s difficult for us to predict precisely how our lives will change thanks to this technology, but we know that they will.

VB: Wow. That’s a lot. So do you have any predictions for quantum computing in 2022?

JB: Yes – I predict we will see the world’s first 256-qubit quantum computer in 2022. That theoretically would make it possible to crack standard encryption used around the world.

For several decades, 256-bit encryption was considered “military-grade.” It has been impossible to crack with classical computing systems. And that encryption is used by governments, militaries, corporations, blockchains, and e-commerce websites.

But once quantum computing can crack 256-bit encryption, everything is potentially compromised. This will light a fire under the cybersecurity industry to migrate to quantum-resistant cybersecurity software.

And that means there will very well be investment opportunities in this space going forward as I determine which cybersecurity firms are best positioned for this massive shift.

VB: That’ll be something to keep an eye on. Thanks for your time, Jeff.

P.S. Be sure you check your inbox tomorrow for our next edition of Jeff Brown’s 2022 Prediction Series.

I’ll ask Jeff about a where he sees inflation and the economy headed in the coming year. And Jeff will share one very interesting prediction about the president of the United States…

Be sure to tune in…