We finally have some clarity on hydroxychloroquine as a therapy for COVID-19.

The results from a randomized trial in the U.K. determined that there was no clinical benefit to hydroxychloroquine.

As a result, both the World Health Organization and the U.S. National Institutes of Health (NIH) closed their related studies.

Novartis’ double-blind placebo trial, which also incorporated the common antibiotic azithromycin, has now also been halted. As it turns out, Novartis simply couldn’t find enough patients to enroll in the clinical trial.

Novartis did share, however, that the study had not revealed any safety concerns regarding the use of hydroxychloroquine.

This was useful news. But we now understand that hydroxychloroquine does not appear to be effective on its own.

I would have liked to have seen the results from the combined hydroxychloroquine and azithromycin therapy. But other approaches are already in trials and showing promise.

But one thing is clear… hydroxychloroquine is done. Put a fork in it. There is no reviving any of these trials.

The false research produced by Chicago-based Surgisphere, which I’ve written about previously, did too much damage. The research used data that was inaccurate. And two leading medical publications, The Lancet and the New England Journal of Medicine, recalled the research entirely.

But sadly, while medical journals can retract research and the medical, biotech, and pharmaceutical industries understand what happened, the damage was already done to public opinion.

Patients and clinical trial volunteers who read the damaging headlines in The New York Times likely decided not to participate in the trial.

And there are fewer people hospitalized for COVID-19 now than there were six to eight weeks ago. It’s easy to understand the difficulties that Novartis and the NIH faced in running their clinical trials.

But in the end, we can see this as a positive.

And with the rapidly declining number of COVID-19 hospitalizations, we should expect to see other clinical trials struggle as well.

The industry needs to focus its efforts on the most promising therapies and/or vaccines now. We want to have clinical trial results by the end of summer in order to manufacture something that can be used in the fall.

As always, I’ll keep monitoring the situation. But now our insights…

How we can help map the surface of Mars…

Fans of space exploration will likely know that NASA’s Mars rover Curiosity has been roaming the Red Planet’s surface for about eight years now. But the rover has only covered about 14 miles in that time. It is creeping at a painfully slow pace.

Curiosity is moving so slow because the terrain on Mars is unfamiliar. To play it safe, the rover sends images back to NASA with every move it makes. NASA then analyzes those images and instructs Curiosity on which way to go next. It’s a slow, manual process.

This is done so the rover does not get stuck in deep sand or find itself in a precarious position. The goal is to keep it alive and generating research that will aid future missions to Mars.

But here’s where it gets interesting…

NASA is training an AI (artificial intelligence) to automate this process. But NASA cannot train its AI in the same way that we train a self-driving car to identify people or bikes or other cars.

And that’s where we can help…

NASA set up a website called AI4Mars. That website hosts about 10,000 images from Mars as well as a short tutorial on how to identify terrain. Anybody can go there, take the tutorial, and then highlight and label certain types of terrain in the images. Here’s what it looks like: 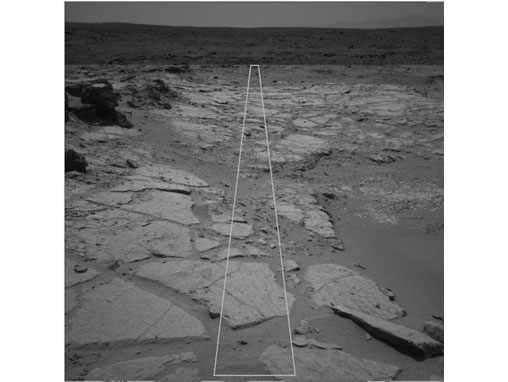 This data is fed into NASA’s AI to make it smarter and more efficient. NASA hopes that this project will help it develop a system for automating Curiosity’s movement decisions, which will in turn speed up the mission.

I love this. By leveraging the power of crowdsourcing, NASA will accelerate the exploration of Mars. And here’s the interesting part.

To fully train the AI, a few thousand volunteers would only have to label a handful of images each. There are almost a million subscribers to The Bleeding Edge. If a few thousand of us took the time to train Curiosity, Bleeding Edge readers could directly contribute to the success of the NASA’s Mars rover missions and have fun as well.

Imagine it. NASA’s Mars AI: Powered by The Bleeding Edge.

Interested readers can learn more here. It’s easy to do and cool to see these images from the surface of another planet in our solar system…

The next Moon rover has a vital mission to accomplish…

Speaking of space… NASA provided an update on its next Moon rover this month.

It is called the Volatiles Investigating Polar Exploration Rover – or VIPER, for short. VIPER is scheduled to launch in 2023. And its job is critical – to find water ice on the Moon. 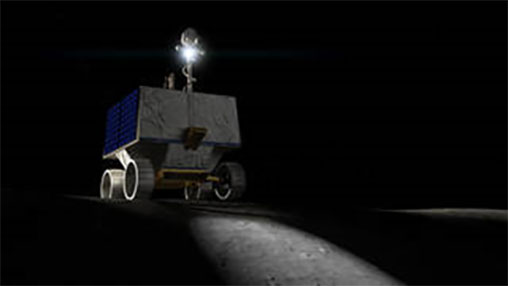 VIPER will land on the south pole of the Moon, equipped with a neutron spectrometer. This is a device that picks up on signals coming from hydrogen atoms. That will allow VIPER to identify deposits of water ice beneath the Moon’s surface.

The rover will also have a meter-long drill so it can analyze samples of the water ice to send back to NASA for analysis.

And there’s a big-picture vision at work here.

The next manned mission to the Moon is scheduled for 2024. The goal of that mission is to start the process of establishing a permanently manned base on the Moon. That base would serve as a jumping-off point for further exploration and, eventually, colonization of other planets – with Mars being the first stop.

Of course, none of that can happen without a water source. Needless to say, water is critical for life support systems, but it is also used for other purposes. When we split the hydrogen and oxygen in water, we can use the individual components to produce rocket fuel.

Fortunately, estimates suggest that there are hundreds of millions, maybe even hundreds of billions, of tons of water on the Moon. It’s just a matter of finding the water ice deposits.

During the days of the American frontier, every pioneer knew establishing a water source was critical to a new settlement. The idea is the same here. Our new frontier just happens to be space.

The largest biotech IPO in history is not a biotech company…

We have covered the biotechnology sector extensively in these pages as well as in my premium research services this year. COVID-19 has put the entire industry in the spotlight, and we have seen record amounts of capital flow into the space. And that brings us to today’s insight…

Last Tuesday, a company named Royalty Pharma (RPRX) raised nearly $2.2 billion in its initial public offering (IPO). This was the largest IPO in the entire history of the biotechnology industry.

And shares of Royalty Pharma have screamed higher since it went public. As I write, the stock is up 89%. That’s a massive gain in just a week. Royalty Pharma is now valued at an incredible $35 billion.

And get this – Royalty Pharma does not have a pipeline of therapeutics products, and it never will. The company has no research and development programs for drug development. That means Royalty Pharma is not actually a biotech company.

Instead, Royalty Pharma is, as its name implies, a biopharma royalty company. It invests in biotech and pharmaceutical companies needing to raise capital to fund their development. In exchange, Royalty Pharma gets a royalty stream from the therapies in those companies’ pipelines.

And the business model has been equally successful in the biopharma industry.

In fact, Royalty Pharma worked out a great deal with the Cystic Fibrosis Foundation that enabled it to benefit from the success of Vertex Pharmaceuticals (VRTX).

Readers of my Near Future Report know Vertex well. This is the company that partnered with CRISPR Therapeutics (CRSP) on its lead CRISPR genetic editing therapy. My readers are up more than 90% with Vertex as I write this.

What’s attractive here is that Royalty Pharma does not have to navigate the Food and Drug Administration (FDA) approval process itself. That’s a time-consuming process that ultimately costs biotech companies hundreds of millions of dollars if they are successful.

And many companies fail to get their therapy approved even after spending extraordinary amounts of money on development.

By building a portfolio of royalties, Royalty Pharma mitigates the risk that some therapies ultimately won’t make it. And it controls how much money it invests in any single therapy as well. The diversification reduces the risk profile dramatically compared to investing in any single company.

I expect we will see more biopharma royalty companies formed in the years to come. The incredible success of Royalty Pharma’s IPO has not gone unnoticed. And the market likes this business model.

So I’ll be watching this trend very closely from here. I would not recommend Royalty Pharma at these levels – a pullback is almost inevitable at some point. But we may have some fantastic opportunities to invest in this trend down the road. Stay tuned…

P.S. We’ll keep a close eye on Royalty Pharma. But in the meantime, there’s another biotech story that readers should pay attention to…

That’s right – this company is using CRISPR to help blind people see again. How incredible is that?

And here’s the best part: The first patient has already been treated in an FDA-sanctioned clinical trial. We are weeks – maybe days – away from data from that trial coming out, revealing to the world that CRISPR has the power to make the blind see.

I expect this company’s stock price to soar hundreds of percent… maybe even 1,000%… after this news comes out. And that means this is a stock every tech investor needs to have in his or her portfolio. Simply go right here for all the details.