I’ve traveled thousands of miles these past few weeks doing research on the fastest-growing technology on the market today. And at 8 p.m. ET this evening, I’ll reveal what I have learned on the road in an event we are calling “Beyond Exponential.”

As regular readers know, travel is a major part of my research process. This kind of “boots on the ground” research is where my best investment ideas come from.

My travels usually take me to places like Silicon Valley, San Francisco, L.A., Boston, D.C., and Manhattan. Historically, these major hubs are where the action is.

But not this time.

What’s unique about the bleeding-edge technology trend I’ve been tracking is that it isn’t limited to the largest American cities. That’s something I have known for a while now. But I needed to see it for myself.

That’s why I’ve made stops in places like Columbus, OH; Des Moines, IA; Little Rock, AR; Sioux Falls, SD; and numerous others. In fact, all the cities I’ve hit in my recent travels have been in the American heartland.

And I believe the footage we captured on my tour across America will surprise you. These just aren’t places where we would expect to see the world’s top tech trends in action.

So please join me tonight at 8 p.m. ET, and I’ll show you exactly what I learned as I traveled across the heartland.

I will be discussing what I believe is the top growth story of the next decade. And I will demonstrate how everyday investors can build a million-dollar tech portfolio – from scratch – in today’s market.

We’re talking about the stocks that should be the cornerstones of every serious tech investor’s portfolio over the next five to 10 years.

It’s all going down at 8 p.m. ET tonight. Simply go right here for all the details.

The CBDC race is heating up…

We have talked about central bank digital currencies (CBDCs) quite a bit this year. But our focus has largely been on the race between the United States and China to launch their own respective digital currencies.

The Bank of Russia just put out a research paper on its own CBDC. And the paper shows that Russia’s CBDC will be exactly what we would expect it to be – a digital version of the ruble.

And the Russian government will control the digital wallets used to hold and transact the currency – no surprise there, either.

What’s interesting is that Russia plans to allow the digital ruble to coexist with the physical currency in circulation. That’s a different approach from some of the other CBDCs we have seen.

The Bahamas, for example, plans to remove an equivalent amount of physical currency from circulation as Sand Dollars enter the market. We talked about that last month.

And it turns out that there is a strategic reason for Russia’s approach.

Rather than replace physical cash, the Bank of Russia’s stated goal is to limit the reallocation of funds within the country to private digital assets and cryptocurrencies like bitcoin.

In other words, Russia is taking a defensive stance. It hopes that the conveniences provided by a CBDC will attract funds that would have otherwise flowed into private cryptocurrencies.

This makes sense from the perspective of a central government.

Ever since the Cold War, Russia’s educational system has been strong in mathematics, computer science, and cryptography. In fact, the latest data from the Programme for International Student Assessment (PISA) shows that Russia ranked a full five spots ahead of the U.S. in mathematics literacy.

This is one reason why we see a lot of blockchain-related projects either spawning in Russia or getting contributions from Russian developers. There’s a deep talent pool in the country that’s well-suited for the blockchain industry.

Clearly, Russia hopes to redirect some of these resources to its own CBDC project.

China, the U.S., Russia… Which major country will be next?

Social media companies have an important decision to make…

Social media companies, namely Facebook and Twitter, have crossed an important line these last six days or so. That line is something called Section 230.

We last talked about this back in June. Section 230 is legislation enacted in the United States in 1996, back in the earliest days of the internet. It was basically an agreement between the U.S. government and the tech industry that allowed the modern internet to become what it is today.

The legislation says digital platforms that allow their users to post content are not liable for what’s posted as long as they do not modify or censor the content.

In other words, companies that simply allow users to connect and share information with each other cannot be sued for false or slanderous content because it’s not coming from the company. It’s coming from the users.

This is the critical distinction between a platform and a publisher.

For this reason, a publisher is liable for blatantly false or slanderous content. This is why media platforms like news broadcasters, newspapers, and magazines often get into lawsuits. They are held accountable when they publish or broadcast false or slanderous information.

It’s easy to see that social media companies like Facebook and Twitter could never have become so big without Section 230. It has provided them legal cover and protection to grow their companies into the massive and highly profitable businesses that they are today.

Without Section 230, these companies would have needed to moderate their platforms to make sure nothing false or slanderous was posted.

And that would have made it impossible for each company to scale. You simply cannot moderate hundreds of millions or billions of users in a cost-effective way.

And Twitter went so far as to lock the New York Post’s account. It censored the entire company.

Twitter also temporarily suspended the U.S. White House press secretary’s account – all because the people making these decisions didn’t agree with the information being presented.

This is clearly the behavior of a publisher, not a platform. Both Facebook and Twitter have grossly violated Section 230… which means they could be sued for the content posted on their platforms.

What’s taken place in the last several days has happened several times before, but this is the most egregious and obvious example of social media platforms crossing the line.

This is going to be one of the biggest issues of 2021. We’ll see a lot of debate around Section 230 after we get through the upcoming election and the holiday season.

From my perspective, social media companies have a big decision to make.

Either they are platforms that respect free speech and allow users who have different opinions to post content freely.

A free and civil society is not one in which a small number of corporations are controlling what information we can and cannot see.

Space rocks could determine the course of future space exploration…

In December 2018, a NASA spacecraft named OSIRIS-REx began orbiting a 4.5-billion-year-old asteroid named Bennu. This was quite the feat considering Bennu is 200 million miles away from Earth.

OSIRIS has been sending images of the asteroid back to NASA. And yesterday, the mission took the next step.

Taking a Sample of Bennu 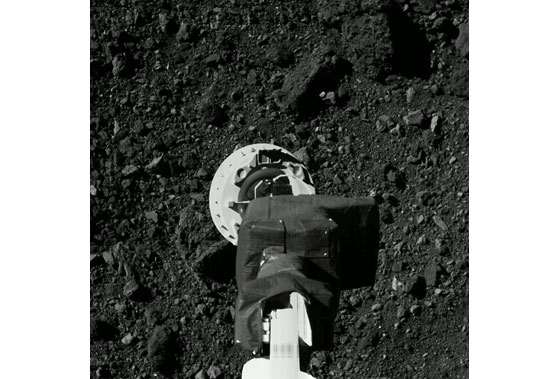 And believe it or not, these space rocks could go a long way toward directing future space exploration missions.

Bennu’s surface sample will give us tremendous insight into the metals and minerals that make up the asteroid.

The answer to these questions could pave the way for future missions to deep space.

And, of course, Bennu’s composition will inform the ongoing discussions around asteroid mining.

Is there evidence of valuable rare Earth metals being tucked away beneath Bennu’s surface? If so, asteroid mining becomes a lot more interesting.

If we can extract rare Earth metals and other valuable minerals from asteroids, we could potentially set up a manufacturing base on the Moon or another space outpost. That would be far more feasible than trying to get these metals back down to the Earth’s surface.

So there’s a lot these space rocks can tell us about Bennu and potentially other asteroids out in deep space.

The only disappointing part is that it will take nearly three years for OSIRIS to get back with its sample. The spacecraft is scheduled to return in September 2023. 200 million miles is a lot of space to cover.

While we wait, we can turn our attention to Japan’s Hayabusa2 mission. Hayabusa2 collected some material from the asteroid Ryugu, and it is on track to get back to Earth in December. I’m very excited to see what comes of the analysis.