Fall is getting off to a rocky start.

Volatility in the stock markets is affecting the technology sector. Numbers from the Institute for Supply Management showed that the nonmanufacturing index hit a three-year low. And we saw slowing job growth in the private sector last month.

These are not signs of an impending crash, but they are something we should keep an eye on. Some good news – like progress on a new trade deal between the U.S. and China – would be very welcome now.

However, I am very happy to see valuations in many technology companies return to more reasonable levels. These kinds of market pullbacks often create great windows for investing. I intend to take advantage of this opportunity in my research publications.

Tesla critics said that CEO Elon Musk made this move to fill the holes in his staff caused by recent departures from his self-driving technology team. I see something different…

The DeepScale team members are experts in deep neural networks. This is technology that enables artificial intelligence (AI) to quickly make decisions when faced with a problem that requires action. The technical term for this is “inference.”

DeepScale applies deep neural networks to AI systems that run at the edge of a network – in other words, any AI that’s not being run from a data center.

After all, if we built a large computing system that requires a lot of power in a self-driving car (especially an electric vehicle), we would have less power available to power the car. Therefore, it’s critical to conserve as much energy as possible.

That’s where DeepScale comes in. The company specializes in what it calls “squeezing AI.” In other words, it develops AI systems that use as few resources as possible.

Of course, that fits perfectly with what Tesla is doing in its autonomous vehicles.

Let’s not forget: Tesla has the most advanced AI for autonomous vehicles today. It has 1.7 billion miles on Autopilot already under its belt. Tesla is at the stage of making refinements in its technology in order to get to Level 5 – fully autonomous driving technology. DeepScale’s tech is a great plug-in that can make Tesla’s self-driving technology even better.

Ultimately, I see this as a great move by Tesla. I remain bullish on the long-term prospects for the company. And contrary to what the Tesla bears would have us think, Tesla delivered a record number of cars in the third quarter – 97,000. Demand continues to be strong for Tesla’s products, especially the Model 3.

A group of researchers from Japan’s National Defense Medical College just published research on artificial blood. This is blood that can be used in any patient, regardless of blood type.

The researchers tested the blood on rabbits successfully. It managed to save 6 out of 10 rabbits that nearly died from a massive hemorrhage. That survival rate is on par with rabbits receiving real blood transfusions.

Right now, it can be difficult for blood banks to maintain adequate supplies of every blood type. That’s especially true for hospitals in countries with less developed medical facilities and those in remote locations. A shortage of a certain blood type can be devastating for patients in trauma situations.

Plus, emergency response teams would no longer have to do blood type tests on trauma patients. This takes time that a patient can’t always spare. Instead, responders could perform a blood transfusion right away. That could increase chances of survival.

With The Bleeding Edge, I do more than just share the biggest technology investing trends with readers. I also share insights on technology that is reshaping our world.

If this artificial blood proves effective in humans, it would be one of the biggest advancements in trauma medicine… and save countless lives.

Apple just filed a patent for a “Module Wall Unit System.” These are modules that would be installed in place of a light switch or electrical outlet. 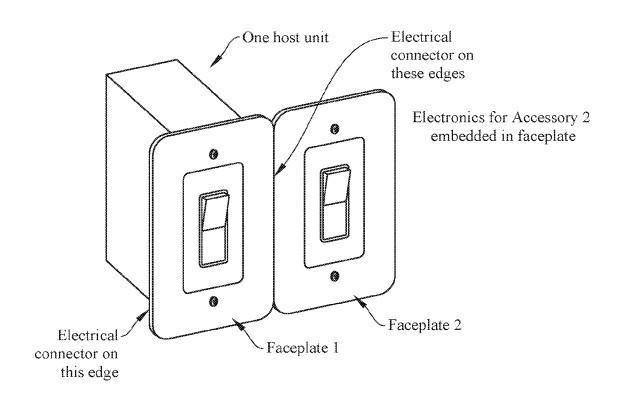 According to the patent, these units would communicate with each other to create an in-house network. Anything on this network, including anything plugged into an outlet, could be controlled remotely.

And here’s the part that caught my eye… These systems will use ultra-wideband (UWB) as the communications technology.

Remember, UWB is for close-range connections. It’s similar to Bluetooth… except 1,000 times faster. We wrote about this technology when we covered Apple’s iPhone 11 launch. Apple deployed a UWB chip in the iPhone 11.

Well, that UWB chip, called the U1, will allow the iPhone 11 (and future models) to communicate with these wall devices. iPhone users will be able to control everything on their in-house networks right from their phones.

Let’s imagine what this would be like for users…

We come home from work, shut the garage, and the lights will turn on automatically as they recognize our presence via our iPhone… or maybe a voice command to Apple’s digital assistant Siri. As we walk through the house, lights turn on as we enter each room and turn off when devices no longer detect our presence. The TV comes to life and automatically flips to our favorite channel. Then the oven kicks on and begins to preheat dinner.

How convenient would that be?

Looking at Apple’s integration of UWB technology in its new smartphones and the patents filed, it is clear to me that Apple is gearing up for a run at the smart home market. It has been behind both Amazon and Google in this market… But Apple’s foray into UWB tech is an attempt to get back in the game. We can expect some major developments in this space in 2020, as Apple is surely filling out its product portfolio for a major launch.