Thank you to all who took the time to join me for our Investment Accelerator event last night.

As I always say, our most valuable asset is our time, and I sincerely appreciate that you shared some of yours with me.

We are living in an age of rapid technological development that has brought us explosive trends like 5G wireless technology, artificial intelligence (AI), machine learning, cloud-based software solutions, precision medicine, self-driving cars, and much more.

These are the technologies that are eliminating scarcity, eradicating human disease, and creating a world of abundance right before our eyes.

Here at Brownstone Research, we leverage these trends by recommending strategic investments in the best companies powering them forward. We do this through traditional equity investments, positions in exciting early stage biotechnology companies, and now a strategy to acquire pre-IPO shares in some of the best private companies on the planet.

With this approach, I can’t wait to see our investment returns over the coming years. We are stacking the deck in our favor in a big way.

For those who missed it last night, our Investment Accelerator event was all about how to combine these strategies to turbocharge our investment gains.

So I encourage anyone who couldn’t join us last night to tune in to our replay right here. I promise it will be well worth your time.

And thank you again for reading The Bleeding Edge. Your support and engagement motivate me to do the work I do every day.

SpaceX made a major announcement this week. And it’s simply incredible how much progress the company is making in such a short period of time.

The very first all-civilian orbital mission will be taking place using SpaceX’s Crew Dragon Capsule. This mission, called Inspiration 4, will launch toward the end of this year.

Inspiration 4 is being spearheaded by Jared Isaacman, the CEO of digital payments company Shift4 Payments. Isaacman bought out the mission and will be one of the four civilians who travel to space and spend several days in orbit in a Crew Dragon Capsule. 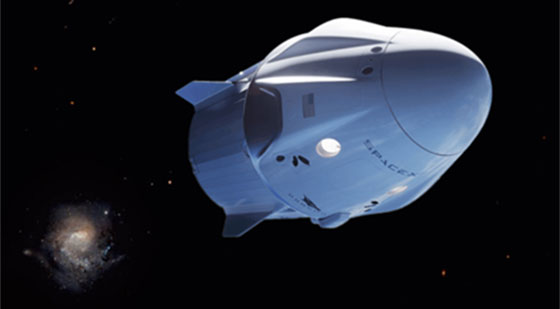 And here’s where it gets really neat – Isaacman has linked the mission with a $100 million donation to the St. Jude Children’s Research Hospital in Memphis, TN. And he is trying to raise another $100 million for St. Jude from public donors backing the mission. Over $8.3 million has already been raised.

What’s more, Isaacman has promised three of the four seats will be awarded to civilians. Isaacman will raffle off one of them to anyone who donates at least $10 to St. Jude. Another seat will go to an “inspirational entrepreneur” who has used Shift4Shop to launch a business. And the third seat will be given to a St. Jude ambassador.

This will be a competition of sorts. Shift4 customers must create a short video describing their entrepreneurial story to post on Twitter. Two panels will then judge the videos and determine the winner.

I love this. Isaacman has “gamified” the space mission. That generates excitement and helps promote his company Shift4 – all in addition to the benefit to St. Jude Children’s Hospital.

And this mission is proof that space travel is no longer reserved for only large and powerful governments.

Here we have a company launching a private mission composed of private citizens and funded entirely by private capital. That should elevate our imaginations with regard to what’s rapidly becoming possible in the world of space travel.

The other interesting thing about this mission is that it is completely outside of SpaceX’s core business.

SpaceX is not a space tourism company. It was created to get payloads into orbit, take NASA astronauts to the International Space Station (ISS), and establish manned bases on the Moon and then Mars.

These private missions will help SpaceX ultimately bring the costs of space travel down over time. We are witnessing the democratization of space travel.

And we’re well on our way to becoming a multi-planetary species.

Things are heating up with Apple’s virtual reality (VR) efforts. An information leak just gave us a look at a prototype of the tech giant’s VR headset. And I’m very excited about what I’m seeing.

Apple’s VR headset is really more like eyewear. It’s not the big, bulky device we’re used to seeing for virtual reality. Instead, it looks more like an iPhone that has been curved to fit our eyes. It’s much sleeker than any other VR headset available today.

A Rendering of Apple’s VR Headset 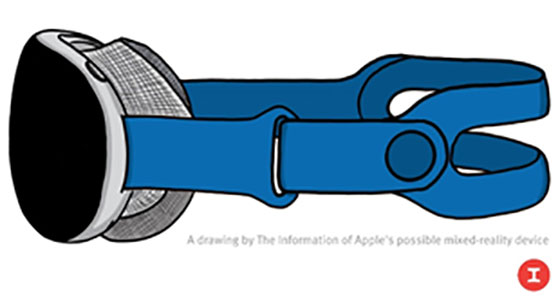 This device will come equipped with more than 12 cameras. This includes sensors inside the lenses that track where the user is looking at all times. This will allow developers to implement features for a more immersive VR experience. For example, special effects could be triggered when we look at a certain object.

The headset will also come with lidar (light detection and ranging) optical scanners. These are the same sensors built into the iPhone 12 Pro and iPhone 12 Pro Max to enable 3D sensing and mapping of our surroundings. This will help with any applications that need to sense distance and depth.

And the screen will be a high-resolution 8K display. That’s on par with the best high-definition TVs on the market.

The rumor is that the first units will hit the shelves next year. They will cost around $3,000.

And the working theory is that after Apple launches its high-end VR device next year, it will then follow up with a less expensive augmented reality (AR) product the following year. That device will look and feel much more like a regular pair of eyeglasses.

We know that Apple is already working with manufacturers to produce some prototypes of its VR headset. That being the case, I still think there is a chance that Apple reveals an early version of the device at its big product announcement event this fall. That would be one year ahead of the rumors.

My reasoning is simple – we are now seeing a lot of activity around VR and AR from other consumer electronics companies. Apple is feeling pressure to get its version of the technology out the door. And it has been working with manufacturers for months now. It may very well be farther along than most think.

So I’m very excited for Apple’s big VR release. I’ll be watching closely for more hints that it may be coming sooner than expected.

Visa is scrambling to compensate for losing Plaid…

We have chronicled Visa’s attempt to acquire application programming interface (API) company Plaid over the last several months. That all culminated with the deal falling through last month.

This was something I was happy to see. Plaid is one of my favorite financial technology (fintech) companies. The company could make a fantastic investment target after it goes public.

What makes Plaid’s technology so special is that it links software applications and traditional financial institutions. Plaid’s APIs are the “glue” between our bank accounts and the applications we use to make financial transactions on our phones and computers.

But now that the acquisition has fallen apart, Visa is attempting to mirror Plaid… in the digital asset space.

Anchorage is the first cryptocurrency bank approved by the U.S. Office of the Comptroller of the Currency (OCC). It just received its federal banking charter last month.

By developing APIs to link Anchorage to traditional banks, Visa hopes to insert itself into every digital asset transaction. If we think about Visa’s core business, this makes perfect sense.

Visa helps banks issue credit cards while maintaining the network on the back end. This allows Visa to charge a 1.3–2.5% processing fee to merchants on every transaction that happens on its network.

And in the past, these fees have been as high as 3% per transaction. That’s an inordinately large cut.

Of course, merchants don’t simply eat these fees. They mark their goods and services up several percentage points to compensate for them. This effectively passes the fees on to consumers. In this way, Visa drives up transaction costs across the legacy financial system.

Visa is trying to mimic this model in the digital asset space. It desperately wants to place itself in the middle of digital asset transactions so it can continue to “seek rent” from consumers.

As regular readers know, digital assets run on blockchain technology. This enables direct peer-to-peer transactions. And blockchain makes it so we don’t have to trust intermediaries like Visa anymore.

In fact, that’s the whole point of digital assets and cryptocurrency. They cut out the rent-seeking middlemen and their fees.

So there is nothing stopping cryptocurrency exchanges and banks from working directly with traditional financial institutions. And that’s exactly what they should do.

Visa is trying to apply the old rules from the legacy financial system to the burgeoning digital asset space. This is not what we want to happen.

Ultimately, I don’t think Visa will be successful here. Some financial institutions may fall for it.

But the new generation of financial technology firms and financial institutions is building something faster, cheaper, and better than the old way of doing things.

These are the companies that will become the next financial services powerhouses… just like Plaid is well on its way to doing.