Before we get to our insights today, I want to remind readers about the presentation that I gave alongside expert financial analyst Jason Bodner last Friday. We called it the Outlier Investment Summit.

As regular readers know, my mission with Brownstone Research is to democratize access to the very best professional investment research.

The venture capitalists, private equity sharks, and Wall Street hotshots have kept the best investments and the best trading systems to themselves for far too long now. They have systematically roped off the most profitable research, making sure that nearly all investment profits flow their way.

At best, normal retail investors have been locked out. At worst, they have been preyed upon.

At Brownstone Research, we are hell-bent on changing that. Our goal is to level the playing field and help normal investors gain access to the best research and most explosive investments on the market today.

To that end, I have focused on technology and biotechnology, as they have been the highest-growth sectors in the public and private markets And of course, they are sectors that I know very well.

Yet my long-term goal has been to expand Brownstone Research to provide investment research across all sectors and asset classes.

After all, there is always a bull market in at least one asset class, and I want to make sure my subscribers will have access to investment opportunities regardless of sector. And now it is time to expand our reach and deliver expert financial research in other markets as well.

That’s where Jason comes in.

I’ve followed Jason’s research for three years now, and it is fantastic. He and I both deeply understand the “games” being played on Wall Street. And he shares my mission to level the playing field for normal investors.

That’s why Jason has developed a system using the “inside baseball” insights he learned on Wall Street. And it shows him exactly where the big institutional money is flowing.

I understand the system he has built. Jason and I actually use many of the same tools and techniques to determine the difference between a great investment opportunity and something that is just okay. And Jason’s particular area of expertise is in finding the stocks that the “big money” is about to pour billions into – regardless of sector.

And that leads to outsized investment gains.

In this way, Jason flips the script on Wall Street. He tilts the scales in favor of normal investors. In other words, we get to front-run Wall Street – not the other way around.

For readers who missed our presentation last week, I highly recommend you tune in to the replay. We go over all the details of Jason’s system, and we show how readers of The Bleeding Edge can get immediate access to his research.

In short, the days of Wall Street’s inside game are over. Just go right here for the replay to find out why.

I can’t tell you how excited I am to have Jason and his team become a part of Brownstone Research. We’re just getting started. And there is a lot more to come.

Microsoft just announced that it will integrate an artificial intelligence (AI)-enabled text generator into Microsoft Word. This technology uses machine learning to automatically generate text on behalf of users while they write.

This is exciting news. And regular readers of The Bleeding Edge will know exactly where Microsoft’s newfound technology is coming from: OpenAI’s GPT-3.

To bring new readers up to speed, OpenAI started as a nonprofit AI research institute in 2015. Its goal was to work on the ethical issues around how AI and machine learning are used.

OpenAI then spun out a commercial arm in 2019 and started working on a text generator called GPT. And the third generation of this product – GPT-3 – was the talk of Silicon Valley last summer.

At its simplest level, GPT-3 can complete our sentences as we type. But that’s just scratching the surface.

GPT-3 has written entire technical manuals. It wrote coherent short stories with just a small amount of input, such as, “Write a story about a little boy and his dog in the park.” And GPT-3 even taught itself how to code software.

To me, GPT-3 showed that we were getting close to crossing the bridge from functional AI to something more intelligent. I was excited to see OpenAI launch the product commercially.

But in a sad twist, Microsoft extracted an exclusive license for GPT-3 last September. That means Microsoft has a certain level of control over GPT-3, and the product may never be widely available to all companies.

The exact details of the exclusivity agreement have not been made public. My concern is that we may never get to use some of the AI’s most impressive features.

That said, at least Microsoft is integrating GPT-3 into Word. As we type, the AI will offer to complete our sentences. Its suggestions will appear as gray text, and then we can simply press the tab key if we want to accept the suggestion.

And here’s where it gets neat. GPT-3 will learn to understand our individual writing styles and preferences over time. As it does, its text suggestions will get much better.

So this could be an immensely useful tool once the AI calibrates to us as individual writers. It will be like having a personal digital assistant sitting over our shoulder, offering helpful suggestions in emails and documents. I imagine it could be a big time-saver for anyone who spends a lot of time writing.

While I am still disappointed that OpenAI did not launch GPT-3 as an independent product, I am very excited to test it out in Microsoft Word.

Microsoft plans to roll out the functionality this month. I will provide an update on my experience after the AI has had time to get to know me.

Hopefully, it likes what it “sees.” Otherwise I might be in trouble… Ha!

Per the deal, Lucid Motors will be valued at $24 billion. That makes it the largest EV company to ever go public via a SPAC.

This $24 billion valuation makes Lucid Motors as valuable as companies like Dollar Tree and Clorox, both of which trade at an enterprise value of about $25 billion. And it’s not that far away from Ferrari’s $50 billion enterprise valuation.

Here’s what Lucid’s first model will likely be: 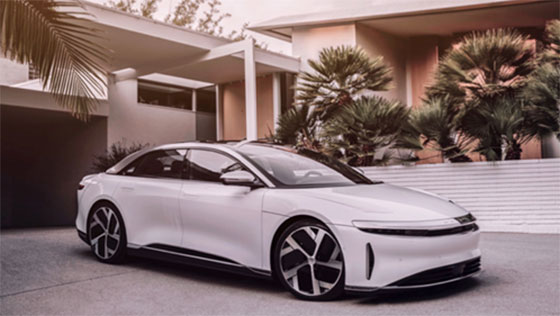 But here’s the thing… Lucid Motors has not yet sold a single vehicle. It has zero revenues.

Meanwhile, Dollar Tree did $23.6 billion in sales last year. And Clorox’s annual revenue was $6.7 billion. Ford brought in $127 billion in revenue as well. Its enterprise value is so low because the company is saddled with $162 billion in debt.

How does Lucid’s valuation make sense?

Of course, the sponsors behind Lucid Motors are trying to justify the $24 billion valuation by positioning the company as the next Tesla – or something even better. That may be due to the fact that it’s led by a former Tesla engineer.

Analysts are projecting that its share price will go on a similar tear, piggybacking on the fact that Tesla shot up 955% in the 12 months from January 2020 to January 2021.

But there’s a huge difference between the two companies.

Tesla is first and foremost a technology company. It develops the software stack for EVs, including the AI and self-driving software. Then it designs a great car around its bleeding edge AI and computing architecture. That’s the opposite approach from traditional carmakers.

And for every self-driving mile a Tesla logs, the vehicle feeds the data back to Tesla’s headquarters for analysis. Tesla uses this data to improve its AI, thus making its self-driving technology even better.

As I write, Tesla’s cars have logged more than five billion miles on AutoPilot. All that data has gone back to the company for analysis. This makes Tesla one of the largest, most successful AI companies in the world.

But Lucid Motors is just another electric carmaker. It hasn’t built its own software and hardware stack for artificial intelligence and autonomy. It’s not collecting billions of miles worth of data. It hasn’t even sold a single vehicle yet.

What’s more, Lucid Motors is not even ready to ramp up vehicle production. Its first luxury EV won’t even begin production until late this year. As a result, Lucid will have limited sales for the next several years. Does this sound like a company worth $24 billion?

So my advice is to steer clear of Lucid Motors. Investors buying the company at these levels are going to lose their shirts.

We’ll wrap up today with an interesting new defense technology. I don’t write about this sector much, but this is too incredible to pass on.

The Army is building a laser pulse gun that is over one million times more powerful than any laser used before. 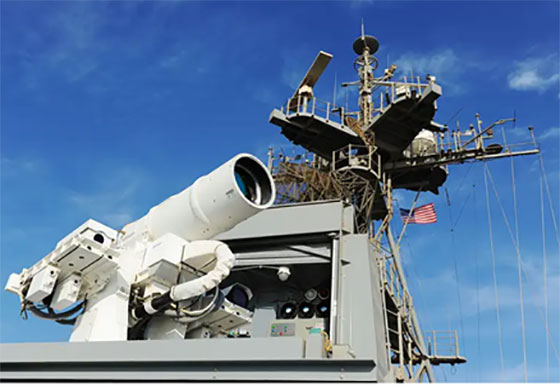 Up to this point, laser weapons deployed a constant beam of energy that could melt objects like missiles or drones. The lasers were focused, high-powered beams of energy.

This new laser weapon is different. It does not deploy a continuous beam of energy.

Instead, it creates a pulse of energy at terawatt power. That’s equal to one trillion watts of energy. And these pulses are so fast that the weapon can shoot 20 to 50 pulses per second. It’s like a super-automatic weapon.

And get this – at terawatt powers, these pulses can vaporize metal. That means the target doesn’t melt from a hard object into a liquid. It completely evaporates into the air.

Simply put, this is the stuff of science fiction. This reminds me of Arnold Schwarzenegger’s pulse gun in Eraser, but even more powerful. Now the technology has become reality.

And the Army is working to add electromagnetic pulse (EMP) capabilities to the weapon. That would allow it to disable any electronic devices and communication systems in the area as well.

So this is quite a dramatic development.

We certainly hope that this weapon is only used for legitimate defense purposes, such as intercepting enemy missiles or disarming a dangerous weapon.