I just got back from the first inaugural Amazon re:MARS 2019 conference in Las Vegas. The focus of the conference is Machine learning, Automation, Robotics, and Space.

I must confess, I always struggle with my trips to Las Vegas. I find it hard to sleep. No matter how good the curtains are, the noise and lights seem to find a way in. But there is no other place that has the ability to host the volume and scale of conferences that Vegas does. It’s impressive.

The lack of sleep, however, was worth it because I learned some interesting things about drones, artificial intelligence, biotech analytics, and even neuroscience. And I got to sit just a few rows back from the stage – in front of the master himself, Jeff Bezos. 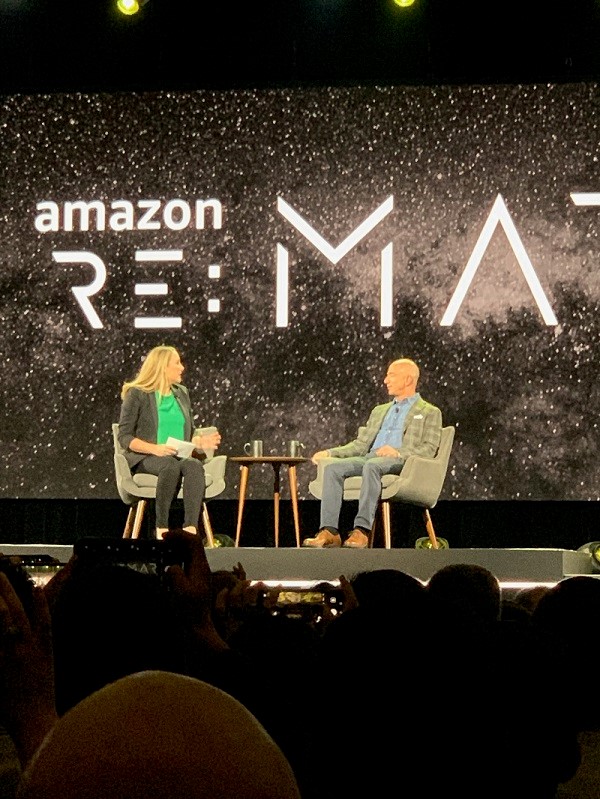 A view of the first inaugural Amazon re:MARS 2019 conference

I still need to organize my notes from the conference. Once that’s done, I will tell you about the best presentations I saw.

As for today, let’s turn to three interesting developments in the world of bleeding-edge technology.

The SEC is suing Kik…

I told you about the Kik case two weeks ago. If you recall, the Securities and Exchange Commission (SEC) was investigating whether the messaging platform company violated securities laws with its roughly $100 million initial coin offering (ICO) in 2017.

And it turns out, the SEC is going to sue.

The SEC believes that Kik’s ICO was a securities offering. That means, from the SEC’s perspective, Kik failed to register with the SEC. And it failed to provide investors with the legally required investment documentation.

Of course, Kik is going to fight. It already has a legal defense fund in place. As I write, that fund has nearly $5 million in its coffers… with more coming in every day.

It launched its cryptocurrency, Kin, to give those users an efficient means of transacting with each other. Kik wasn’t raising money to build a product, like most other ICOs.

Kik’s position is that people bought Kin to use it on the platform. It was considered a “utility” token. That utility, of course, is money… to be used as a transfer of value… a medium of exchange. In other words, it’s a currency.

The SEC’s position is that people bought Kin expecting an investment return… which makes it a security.

But I can’t help but notice some hypocrisy…

The foreign exchange (forex) market is the largest capital market in the world. The forex is where traders buy and sell currencies, hoping to make a profit.

It’s normal for $3 trillion to trade on the forex in a single day… all with the purpose of transacting and, in many cases, the expectation of making a profit.

Yet the SEC doesn’t treat currencies as securities. Currency is exempt from securities laws… even when it’s traded for profit. Why should Kik’s currency, Kin, be treated differently?

So this case will tip the SEC’s hand. The result, good or bad, will give us clear direction on how the courts will treat cryptocurrency and ICOs.

And while many in the industry may not agree with the far-reaching direction the SEC appears to be taking, gaining clarity on the issue is very welcome.

At least the rules will be clear going forward, and hopefully, the industry can work closely with policy makers to move toward a better framework that provides better freedom to raise capital and innovate when doing business in the U.S.

Facebook’s cryptocurrency may launch this month…

The mainstream media reported that Facebook would launch its own cryptocurrency called “GlobalCoin” in 2020.

But I’ve been discussing the topic with some of my contacts in the high-tech industry. And the word on the street is that the mainstream media is wrong.

I am hearing chatter that Facebook’s cryptocurrency will keep its codename “Libra”… and that its white paper will be released on June 18.

In the world of blockchain technology, white papers are a formal document that describes the technology and how it works. It is basically the point at which a project is publicly announced.

So Facebook’s crypto is much closer than people have been led to believe. We could see the network launched in the coming weeks.

And I am hearing that Facebook is creating a foundation to operate the Libra blockchain network. The foundation will consist of 100 companies. And each company is being asked to put up $10 million for the privilege.

The companies will each operate a “node,” which is a powerful computer that validates transactions and keeps a copy of the blockchain. These nodes are what will make the Libra blockchain network possible.

This is a brilliant move by Facebook. By setting up a foundation of 100 companies to operate its blockchain network, it appears to be giving up control. The foundation will manage and oversee the cryptocurrency… not Facebook.

This will deflect regulatory scrutiny, which, like I told you here, is the whole reason for a “FacebookCoin.” That increases Libra’s chance of success.

And remember, Facebook has 2.3 billion users. Libra will turn those users into the world’s largest economic network. That will mean greater revenues for the company… which bodes well for Facebook’s stock price.

Apple is bringing crypto to the iPhone…

Last week, Apple quietly announced a crypto development kit for iOS. This will allow developers to build cryptocurrency and encryption services for the iPhone.

This news hasn’t gotten much press… but it tells us where Apple is going.

Apple knows what Facebook is up to. And it knows that cryptocurrency and digital assets are the future. This move signals that Apple is building a foundation for future services…

Ultimately, I believe Apple will make the iPhone a secure wallet for digital assets. It will allow you to safely buy, sell, and trade cryptocurrency.

Apple already has payment rails through its Apple Pay service. And 253 million people currently use Apple Pay… making more than one billion transactions every quarter. This drove $38.5 billion in service revenue for Apple in 2017.

So moving into digital assets is a logical move. The iPhone is already the most secure smartphone in the market, far better than any Android-based phone.

It’s natural to think of using the iPhone as a cryptographically secure device for storing assets. It will be capable of handling both fiat and crypto transactions… all while safeguarding your data and providing top-notch cryptographic security.

P.S. As a reader of The Bleeding Edge, I’d like to personally invite you to attend my free technology investment summit this Wednesday at 8 p.m. ET.

I’ll have a frank discussion about the future of technology. And I’ll tell you why I believe key investments in a few small technology firms could make investors a small fortune in the years ahead. This sort of event might not be for everybody. But as a regular reader, I’m sure you’ll want to be there. Join me right here.