Tonight’s the night. My team and I have been hard at work researching ways to play the most explosive trends in the blockchain space right now, and I am finally ready to share with you what we have uncovered.

Here at The Bleeding Edge, we have been talking a lot about non-fungible tokens (NFTs), and we will continue that discussion today. There’s no doubt in my mind that NFTs are the future of the collectibles, gaming, and even metaverse markets.

And as we will see in just a minute, crypto assets can tie directly into NFTs and piggyback on the trend. This is something we can expect to see a lot more of in the coming months.

And that’s just scratching the surface.

What’s happening in blockchain technology right now is going to completely transform the internet. This is another Netscape moment – only it will happen much faster than the original internet boom. That’s the opportunity that’s presenting itself today.

The next generation of the internet is being built on blockchain technology as we speak. It’s all happening in plain sight.

And the work that’s being done is setting the stage for mass consumer adoption of both the technology and the top cryptocurrency projects that are powering it forward.

And when I say mass consumer adoption, I’m not talking about people buying cryptos on Coinbase or Robinhood. I’m talking about the functional use of blockchain technology in everyday applications. It will quickly become so “normal” that many users won’t even realize it.

Most don’t recognize how fast things are developing. And it’s easy to get distracted by memes lacking context, like Elon Musk’s tweets and how much energy bitcoin mining consumes.

For investors, that means it’s like 1995 again. We have the chance to invest in projects that will give rise to the next group of trillion-dollar technology giants.

And I mean that sincerely. We are going to be amazed at what blossoms from the unfolding blockchain renaissance.

And that’s why it’s finally time for me to launch my own cryptocurrency and digital asset research service. I’ve been waiting patiently for the industry to finally get to this point… and here we are.

So I encourage all readers to join me for the livestream tonight. We are going to talk about the next generation of the internet and financial services.

We will highlight the best crypto projects on the planet. And, of course, I’ll share all the details about my new research service. I promise you – this is unlike anything I’ve ever done before.

We will get started tonight at 8:00 p.m. ET sharp. The event is free, so I just ask that readers reserve their spot in advance.

Ready to learn about our newest venture here at Brownstone Research? Please, don’t miss this one. Just click here to be automatically signed up to attend.

The hidden economic incentives of NFTs in gaming…

We are going to start today with a blockchain-based game called Axie Infinity. As investors, our tendency may be to dismiss games as irrelevant, but this particular game demonstrates why non-fungible tokens (NFTs) are so valuable.

And these tokens are not just static pieces of art. They can be far more interactive and have unique attributes other than just their looks.

The game is built on NFTs. It was built on the Ethereum blockchain by a Vietnamese studio called Sky Mavis.

It’s a lot like the original Pokémon. Players control different creatures, each with different attributes, and they battle each other. The outcome of any battle depends heavily on the attributes of each NFT and how they are used.

What makes Axie Infinity unique is that the creatures and the objects in the game are NFTs that must be purchased with the game’s native cryptocurrency. It’s called the Axie Infinity Shard (AXS).

And get this – players have bought more than $1 billion worth of Axie Infinity NFTs this year. And about $750 million of those sales have come in just the last month. That’s remarkable. And it shows how hot the NFT trend is.

And here’s where it gets even more exciting…

Axie Infinity has a series of economic incentives built right into the game. Players earn AXS tokens as they win battles and accomplish tasks in the game.

In addition, the more AXS players earn, the more NFTs they can buy. These NFTs can also be sold on the secondary market to other players. That’s another potential income stream.

Putting it all together – the more people who play the game, the more the price of AXS and the in-game NFTs will increase in value. It’s a virtuous circle of sorts. The more players play, the more they earn, and the more valuable their cryptocurrency and NFTs become.

This in turn incentivizes players to play even more. This is a classic network effect that has built multibillion-dollar tech companies over the last two decades.

As I write, one AXS is worth about $75. And the cryptocurrency’s market capitalization is about $4.6 billion. Yet one AXS was worth less than $6 at the start of July. And the market cap was about $321 million at the time. That is how fast things are moving.

So Axie Infinity has experienced exponential growth in just the last seven weeks or so. That’s incredible given this is a game made by a Vietnamese company with no branding and no market recognition whatsoever. Very few people had heard of it less than a year ago.

Imagine what would happen if we applied this same business model to popular games like Fortnite or League of Legends. Those are games with hundreds of millions of active players each month.

Simply put, applying NFTs to popular games like this is a massive market opportunity. That’s why I’m confident we are still in the early stages of the NFT trend. It’s only going to grow from here.

And this is one reason why I’m so excited to get our first crypto-focused product off the ground here at Brownstone Research.

As I mentioned above, the official launch is happening tonight. We are going to talk about the hottest trends in the blockchain space and the best ways to play them.

For those who haven’t already, please plan to join us tonight at 8:00 p.m. ET sharp. To reserve your spot, just go right here to sign up with a single click.

Bear Flag Robotics is a company I’ve been watching for years now. It develops autonomous driving technology for tractors. Its technology is similar to what’s happening in the self-driving car space, just applied to tractors and agriculture.

The company retrofits tractors with cameras, light detection and ranging (LIDAR) technology, and radar sensors to give them a 360-degree view of their surroundings. From there, Bear Flag’s tech enables the tractor to operate autonomously without a driver behind the wheel.

As we can see, the tractor is going about its work autonomously – no driver needed. This saves on labor and makes harvesting crops incredibly efficient. And the technology is very accurate when it comes to caring for the fields.

Plus, the business model is scalable. Bear Flag Robotics charges farmers per acre of land serviced. That makes the offering suitable to both small and large farms alike.

And I should point out that this acquisition comes on the back of John Deere’s purchase of Blue River Technology for $284 million back in 2017.

Blue River developed robotics and software to autonomously pick weeds and thin plants. The idea is that automating these tasks will reduce the need for chemical sprays as a method of field maintenance. Nice!

We wouldn’t expect to talk much about John Deere here at The Bleeding Edge, but the company is going high tech and has a vision for the future of agriculture that will reduce back-breaking labor and empower farmers to use less chemicals on their crops.

I can imagine the technology being developed to the stage that organic fruits and vegetables will be produced inexpensively and at massive scale. And that would be fantastic for all.

SpaceX just made its first acquisition…

We’ll wrap up today with a curious move from SpaceX. It just acquired a satellite connectivity company called Swarm Technologies for an undisclosed amount. This is the first acquisition SpaceX has ever made in its nearly two-decade history.

Swarm is a Silicon Valley company that has a constellation of 120 satellites connected to a ground station network. The ground stations are in constant communication with the satellites. But these aren’t normal satellites. They are microsatellites about the size of an iPhone. 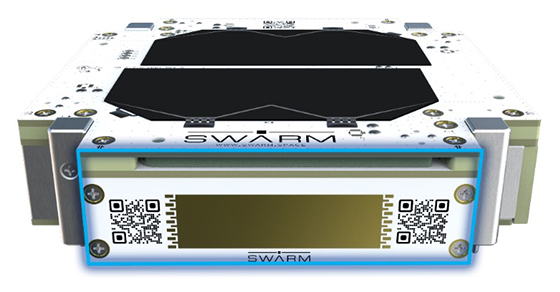 And Swarm has developed “Swarm Tiles” that can be embedded in items on Earth to connect them to the satellite network. These tiles can be used to track cargo around the world. They can be embedded in equipment, meters, and other devices to track system performance. 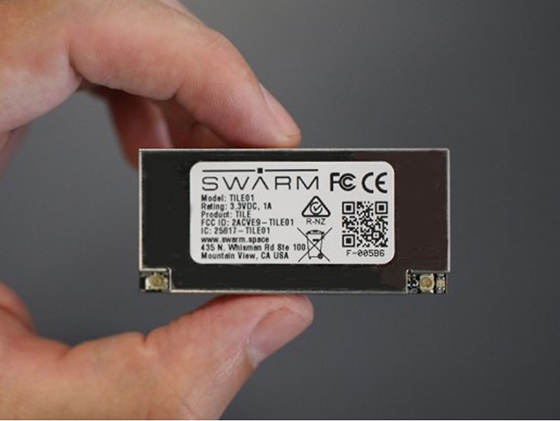 And that’s just scratching the surface. Swarm Technologies envisions all kinds of applications for this technology across the agriculture, energy, and transportation industries.

So we can see how SpaceX could incorporate this into its existing business. And I think there’s an even bigger motive driving this acquisition as well.

Swarm Technologies has already secured licenses around the world for its ground stations and satellites. These licenses could be tremendously valuable to SpaceX’s Starlink network.

Remember, SpaceX plans to make Starlink a global backhaul network for space. It will allow satellites to communicate with base stations on Earth 24 hours a day.

And Starlink’s goal is to blanket the Earth with a minimum of 12,000 satellites. This will require regulatory approval in many different jurisdictions. Having those licenses already in place could accelerate the deployment of the Starlink network.

So I think SpaceX sees this as an opportunity to both create a supplemental revenue stream and to speed up its plans for Starlink. And this comes as SpaceX is gearing up to spin out Starlink into its own standalone company. We’ve talked about that before.

I’m confident that Starlink is no more than 12–18 months away from its own initial public offering (IPO). This will be an exciting company.

It will likely be the first of its kind to be successful and profitable delivering a global broadband internet service capable of serving the entire planet. A Starlink spin-out and IPO will only make SpaceX that much more valuable.