I had the great pleasure of sitting on a panel with Doug Casey today at the Legacy Investment Summit.

If you don’t know Doug, he is an absolute legend in the industry and one of the most philosophically sound people you’ll ever meet… And he is also a lover of technology.

Jeff and Doug at the Summit 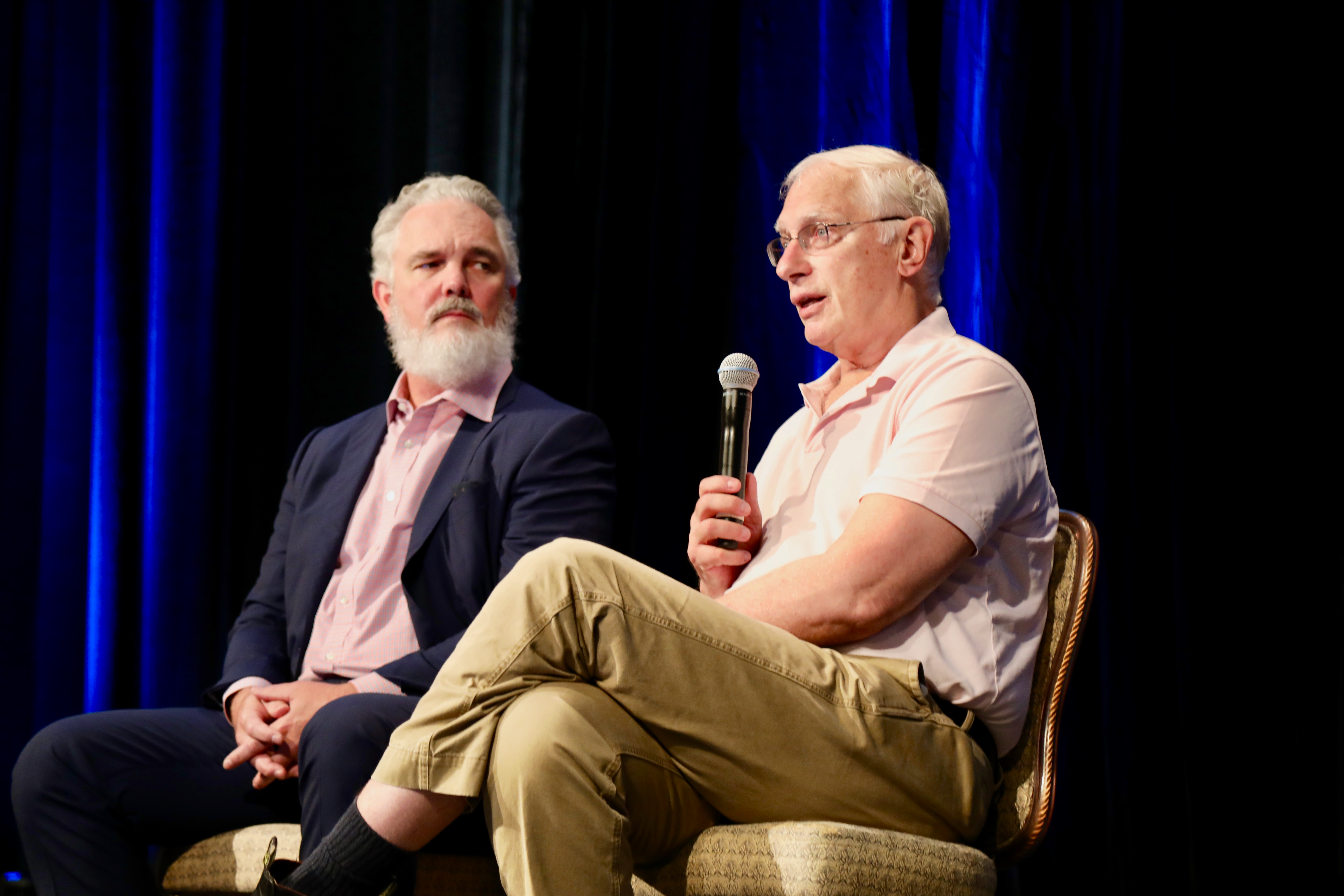 It’s hard not to have fun talking about science fiction, interstellar objects, genetic editing, extraterrestrial life, quantum computing, and radical improvements in life extension for the better part of an hour.

Friend and colleague Chris Lowe did a great job moderating the discussion.

And yesterday afternoon, we held a technology breakout session, which was more than well attended. It was standing room only, and the hotel insisted that we couldn’t let anyone else in. My sincere apologies to those at the conference who could not participate.

The engagement in the room was fantastic, and we covered a lot of ground in the hour we had to work with. Thank you again to all who attended the breakout.

It has been a great week already in Carlsbad, California, at the summit.

Now on to our insights…

The news is out that Facebook is acquiring early stage company CTRL-labs for as much as $1 billion. The actual terms of the deal haven’t been announced, but it is definitely a big number.

We talked about CTRL-labs back in June. The company developed a wristband that serves as a brain-computer interface. It’s amazing technology…

The wristband detects electric signals from the user’s brain as they pass through the wrist. When the wristband is paired with a computer, these signals can be used to control something on the computer without touching it.

I watched CTRL-labs present its wristband in person at the inaugural Amazon re:MARS conference. The tech works. And it is completely noninvasive. Users just slip the wristband on to use it… and slip it off when they are done.

So CTRL-labs is one of the most promising companies in this space. I was hoping that it would remain independent and eventually go public, but I can certainly understand why Facebook wanted to acquire the technology.

And this gives us insight into where Facebook is going…

We know Facebook has thrown its hat into the augmented reality (AR) ring. AR eyewear will be the next massive consumer electronics boom after the smartphone. A pair of AR glasses will eventually replace the smartphone in our pockets.

It is clear that Facebook plans to pair CTRL-labs’ technology with its AR glasses. That way, users can control the glasses without touching them or issuing any voice commands. You will simply issue commands with your mind or by moving your hands or fingers in the air.

This is an exciting development in brain-computer interface technology as well as a promising approach to how users will interact with augmented reality technology.

An early stage company called Unbabel just raised $60 million in its Series C venture capital round. This is a company that has developed a language translation platform powered by artificial intelligence (AI). And it’s gotten the attention of some big players…

Among the Series C backers were Point72 Ventures – Steven Cohen’s venture capital arm – Microsoft, Samsung, and Greycroft. The fact that so many big players are investing tells us the company is onto something…

Right now, Unbabel is doing work for both Microsoft and Facebook. It uses natural language processing to translate documents or text from one language to another… but it adds a human twist. Here’s how it works…

The AI goes through and does the entire translation in a matter of seconds. Then Unbabel has native speakers review the AI’s work to clean the text up and make nuanced changes. And the AI learns from the humans’ changes so it can do a better job the next time around.

At first, Unbabel hired professional translators to do these reviews. Today, the AI has improved to the point that it only needs nonprofessional reviewers. And it won’t be long before the AI won’t need human reviewers at all. It will be sufficiently trained to do a perfect job every time… in seconds.

When I was a corporate executive, this was a huge headache for me. Translating documents, agreements, marketing material, and product manuals from English into local languages was an expensive, time-consuming, and nearly impossible task. And companies don’t want to spend huge sums on document translation.

Unbabel is solving that problem. It will provide translation services far faster and much cheaper than any human translator ever could.

Becoming a translator is not a recommended career path today for students to pursue. This is certainly a job area where humans will quickly become nearly obsolete.

And what’s amazing is this wasn’t even possible just five years ago. The necessary AI technology and processing power just didn’t exist.

Kik is shutting down its messaging platform, but Kin lives on…

In a sad twist of fate, messaging service Kik is shutting down its platform due to its ongoing case with the Securities and Exchange Commission (SEC).

We talked about Kik versus the SEC back in June. As a reminder, the SEC sued Kik, saying the company violated securities laws with its roughly $100 million initial coin offering (ICO) for its cryptocurrency, Kin.

That ICO took place in 2017. And Kik became a champion for the blockchain industry when it vowed to fight back…

This is a landmark case for the blockchain technology industry. The outcome will provide clarity on the issuance of digital assets and raising capital in the space.

But it has taken a toll on the company…

Along with shutting down its messaging platform, Kik had to lay off 70 employees. All that’s left are 19 core developers. They are staying on to keep the cryptocurrency, Kin, alive. And that’s because a vibrant ecosystem has sprouted up around Kin.

Current reports show that Kin now has more than 2 million monthly active users. And it has 600,000 monthly active spenders. These are people who are using Kin to purchase goods or services every month.

Clearly, Kin has made a lot of progress since the ICO. And the blockchain industry is cheering it on.

So we’ll continue to track this story. The resolution – positive or negative – will be an important moment in the history of blockchain technology, and it could have a direct impact on future investment opportunities in this industry.