The conference kicked off yesterday and runs through today. It is one of the most important events in the VR industry each year. And this year is proving to be the best yet.

Please stay tuned for an update on Monday.

But for now, let’s turn to our insights…

Self-driving semitrailers take down another large round…

I have talked about one of my favorite companies in this space, Starsky Robotics, before. It has been developing self-driving trucks for several years and is even moving freight through Florida right now.

Embark is operating on the West Coast. It has 13 18-wheeler trucks delivering freight, mostly between Los Angeles and Arizona. These trucks are just about fully autonomous, though Embark keeps a safety driver in the cab.

So we have several companies making great progress in developing self-driving trucks. It will only be a matter of time before safety drivers in the cab won’t be necessary.

Embark is definitely a company to keep an eye on. We’ll add it to our watchlist. But here’s what really caught my eye about this raise…

The raise was led by Tiger Global Management – a hedge fund.

Hedge funds almost never lead early stage financing rounds of companies that barely have any revenue at all. This is the territory of VC firms.

That’s because VC firms make investments with a much longer time frame. They don’t expect to sell for many years.

In contrast, hedge funds usually have a much shorter time frame. They need to maintain liquidity in their portfolios, which is why they tend to invest in publicly traded assets. They want to move in and out of positions as they see fit.

Yet here’s a hedge fund investing in an early stage tech company, completely illiquid. Barring a sudden acquisition of Embark, it could be as long as 5–8 years before Tiger Global can exit its position. This is telling…

Clearly, Tiger Global sees early stage tech companies as the best place for investment returns today. It would not make this move otherwise.

And Tiger Global isn’t an isolated incident. I know through some of my contacts that hedge funds investing in illiquid, early stage technology companies has been on a rapid rise. This means that even more money will be moving into private technology companies. It will certainly drive up private valuations. And it will also continue to fuel the extraordinary technological developments that are happening every week.

Another tech giant just announced its own AI chip…

Chinese tech giant Alibaba just announced its first artificial intelligence (AI) chip. On the surface, this may seem like a surprise move…

Alibaba is one of the largest tech companies in the world. It has an enterprise value (EV) of $468 billion. That’s on par with Facebook, which has an EV of $473 billion.

But Alibaba is not a semiconductor company. It is a multinational conglomerate that got its start with e-commerce. Alibaba created a platform that enabled businesses to connect with manufacturers in mainland China. It became a massive conduit for foreign companies conducting business in China.

So we might ask… why is Alibaba making an AI chip?

And the answer is simple: strategic advantage. Alibaba doesn’t plan to sell its chips. It plans to use them for its own businesses. Here’s why…

Alibaba ran several computing tests internally. It found that using this AI chip reduced the time it took to complete these tasks from one hour to just five minutes. That’s a 92% improvement in productivity.

So this is a major productivity booster for the tech giant. And it follows an interesting trend we are seeing in the world of big tech… Many companies are creating their own AI chips.

We talked about Tesla’s new AI chip last month. Google, Facebook, and Apple have each created their own AI chips as well.

We can expect this trend to continue. Any tech companies that have the scale to invest in custom AI chipsets will do so. Custom, application-specific semiconductors like this give a competitive advantage over those companies using off-the-shelf chips that have been designed for more general-purpose processing.

The company that is revolutionizing a $55 trillion global business…

A robotics company called Civdrone just developed a drone for doing one of the most tedious tasks in the construction industry… land surveying. Here’s why this caught my eye…

I always check in on old industries that haven’t progressed much over time. Those tend to be the industries that are most ripe for disruptive innovation. And the construction industry is a great example.

Construction just hasn’t seen many technological advances in recent years. It’s still very manual and labor-intensive. And productivity has only grown about 1% per year over the last several years.

But that’s about to change…

A typical job site employs four land surveying crews daily. Each crew consists of two people. They survey the job site to make sure structures are built in the proper place. Their job is to avoid critical mistakes that could impact the foundation of the buildings.

To this end, a typical surveying crew can plant about 100 stakes in a day. These stakes mark boundaries.

Well, a single drone from Civdrone is more productive than four traditional surveying crews combined. The drone can mark 500 stakes in a day. And it can do this quicker and more precisely than its human counterparts.

And the stakes have QR (quick response) codes that contain important information for the construction crew. Workers can scan the QR code with their phones to get information about the location coordinates, elevation, and any other relevant material. 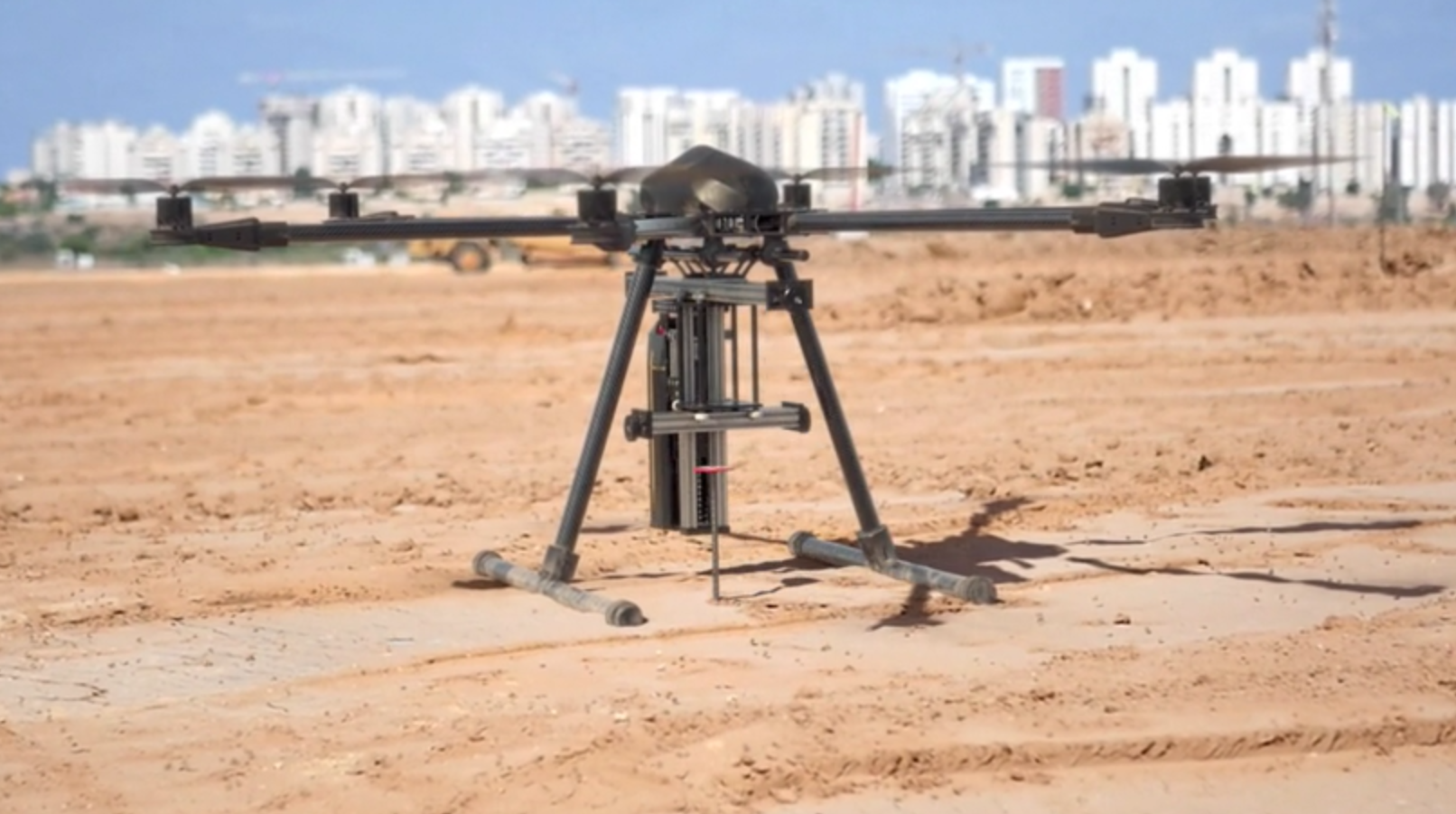 So Civdrone represents an exciting technological innovation in the construction industry. It may sound boring, but by 2030, construction will be a $55 trillion global business.

And that means we can expect more and more disruptive technology to target this industry over time. Let’s be sure to add Civdrone to our watchlist.

Editor’s Note: Jeff just returned from the second annual Legacy Investment Summit in Carlsbad, California. As a bonus for readers, here are some more photos from the event…

Jeff Presenting at the Summit

Jeff at the Breakout Session 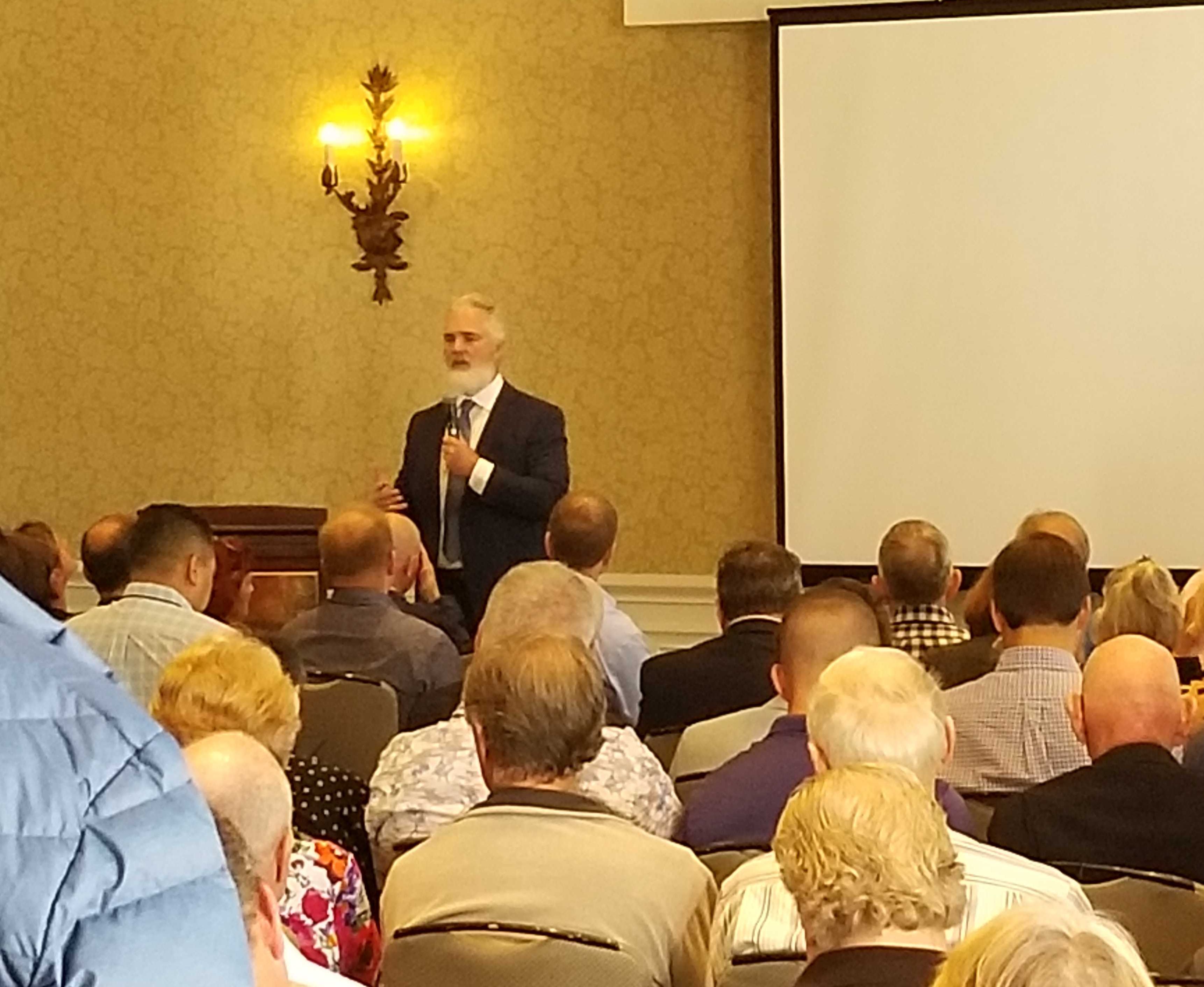