Last year proved to be a year of records and breakthroughs. I can’t remember a 12-month period in which so many incredible developments happened in the world of tech and biotech.

And these advancements happened irrespective of the pandemic and seemingly constant market volatility. The progress simply couldn’t be stopped.

That’s especially true of the aerospace industry. 2021 proved to be a record year for sending rockets into orbit. Perhaps things are better out in space…

There was a total of 144 orbital launches attempted last year, of which an impressive 133 were successful. It’s no easy task getting something into orbit, so those numbers aren’t bad at all.

What’s most incredible, though, is that the previous records were set a very long time ago:

2021 won out on both total launches and, more importantly, successful launches. It’s incredible to think that there was a 45-year gap between this year and the previous record. Technological advancement didn’t come to a standstill after all.

But there was a general lack of disruptive innovation and investment in the aerospace sector for decades… at least until SpaceX came along.

If it wasn’t for SpaceX, the 2021 record would have never happened. The aerospace giant launched an impressive 31 Falcon 9 rockets – 100% of which were successful. Crazy!

I remember when there were some who thought Musk was crazy and dangerous to be reusing rockets for launch. Now SpaceX is doing it at least once a month. And launch costs have dropped materially as a result.

And now SpaceX is in for an even bigger year.

The SpaceX Starship on Top of the Super Heavy Rocket

Towering at 394 feet (120 meters) with a diameter of 30 feet (9 meters), the combined spacecraft is a monster. And it’s ready for its first mission to orbit.

The Federal Aviation Administration (FAA) has been dragging its feet on the approval to allow SpaceX to launch the Starship to orbit for its first test flight. The decision was supposed to happen by December 31 last year, but it has now been pushed to February 28. That means a likely March launch for SpaceX.

The delay is unfortunate, but we’ll only need to wait two months. Musk and his team have an aggressive schedule to keep to, which is why the timing is so important. The Starship was designed to both launch large objects into orbit, as well as to put astronauts back on the Moon by 2024.

And with a payload to low-earth-orbit of 100+ tons, it can carry some serious cargo.

And, of course, the ultimate goal is to use the Starship to power the first manned mission to Mars, which is scheduled to happen in the second half of this decade.

That’s right around the corner. We won’t have to wait that long at all.

It’s important that SpaceX is successful. Not for its own sake, but for the sake of the entire industry.

With every astonishing success and record that this incredible company sets, it excites the rest of the industry to step up, invest, and do more.

And hopefully it will inspire the next generation of scientists, physicists, mathematicians, planetary scientists, and engineers to study hard, work hard, and make great contributions in their careers.

I remain optimistic… We have so much to look forward to.

Fast-casual restaurant chain Denny’s just deployed robot servers at two locations in Pennsylvania. This is a perfect example of how necessity drives invention. Here’s one in action:

A Denny’s Server Bot in Action

This is a robotic server developed by an early stage company called Bear Robotics. The kitchen simply places the plates on the robot when the food is ready and indicates which table it goes to. Then the robot does the rest.

As impressive as this is, the technology at work here is actually rather simple – at least as far as autonomous tech goes.

That’s because the restaurant’s environment is geofenced. It is preprogrammed so that the robot knows exactly where each table is… as well as where its docking station is near the kitchen. That makes it easy for the robot to deliver food to a specific table and immediately return to its station to await the next order.

So the robot doesn’t need to “think” in real-time the way that a self-driving Tesla does. This will make it much easier to quickly deploy to new locations. The new robots just need to be programmed for each restaurant’s floor layout.

That alone is an exciting thought. But let’s step back and look at the bigger picture here.

Some restaurants have already automated the ordering process through touch-screen tablets or a QR code and your own smartphone. Some tablets are also programmed to accept payments from each table.

That means restaurants could operate without order-takers or cashiers. We see this kind of technology now widely used in airports today.

We have also profiled robots like Miso Robotics’ Flippy. Robots like Flippy can help automate some of the cooking in the kitchen.

Then if I look out into the near future, companies like Google and its Everyday Robots are working on ambidextrous robots that can bus plates and clean tables.

If we put it all together, we are getting to the point where restaurants like Denny’s could run with far fewer human employees.

And here’s the thing – this isn’t based on an ambition to reduce human labor to improve profit. Popular chains like Denny’s were doing well even with a large staff.

It is out of necessity. The Bureau of Labor Statistics just reported a record high number of 4.5 million Americans quit their jobs in November. And the majority of those resignations happened in the hospitality and food service industries.

The reality is that there is a major lack of human capital available to meet the number of job openings.

It’s being referred to as the Great Resignation. And as I mentioned earlier, it’s a tremendous driver of innovation.

We are going to see the rapid adoption of automation and robotics in restaurants across the country in response. That’s great for early stage companies like Bear Robotics that can leverage the trend. This is something we’ll be tracking very closely in 2022.

And if you’d like to learn how to invest in the new age of automation that’s coming online, you can find out more by going right here.

Our driver’s license is going digital…

Big news from Apple. The company is about to enable a feature in the new version of its mobile operating system that will allow users to securely store their identification cards on their phones. For most people, this will be their driver’s license.

If we think about it, our driver’s license is the last thing that we absolutely need to have on our person when we leave home. We can store our credit card information in digital wallets on our smartphones, so we don’t really need to carry physical cards around anymore… But we still need our wallets for our IDs.

Well, that’s about to change.

That means we won’t need to pull out our driver’s license when going through airport security in these states anymore. And Apple said it expects retailers and venues to add support for the digital ID at a later date.

I think it’s inevitable that this spreads to the entire country in time. And this is just the beginning…

The technology now exists for us to combine our ID with personal biometrics to combat identity theft.

The idea is that we could require a facial recognition scan, a fingerprint, and even a voice recognition test to unlock our digital ID. We can think of this as three-factor biometric authentication. It would ensure that nobody else could use our identifying information.

And let’s take it one step further.

To illustrate why this is important, let’s think about someone going to a bar or nightclub. Today, that person would give the bouncer an ID to verify that they are 21 years old or older.

In this case, the bouncer only needs to see a birth date.

However, the person’s home address and driver’s license number are also right there in open view. This is sensitive information that could be used for nefarious purposes if it fell into the wrong hands.

If this individual’s digital ID was stored on the blockchain, though, they could authorize only their birth date to be released. The technology could even be used to answer a simple question without revealing the date of birth… Something like, “Is the person 21 years old or older?” It would keep the rest of their personal information private.

This is the direction that the Web 3.0 trend would like to take digital identification. It will take some time to get there, but I see this as the next generation of identity verification.

And the ability to keep a digital ID in a digital wallet on our smartphones is an important first step in that process.

Ripple is angling to become the U.S. CBDC…

Palau is a tiny island nation east of the Philippines, north of Indonesia, and pretty much directly south of Tokyo. It’s actually a place I know well, as I went there for fantastic scuba diving when I lived in Japan.

As a reminder, Ripple designed its digital asset XRP to be used for interbank cross-border transactions. It’s designed to enable banks to move money around the world cheaper and faster than they can using legacy systems. Ripple enables transactions to be settled for fractions of a penny in just a matter of seconds. 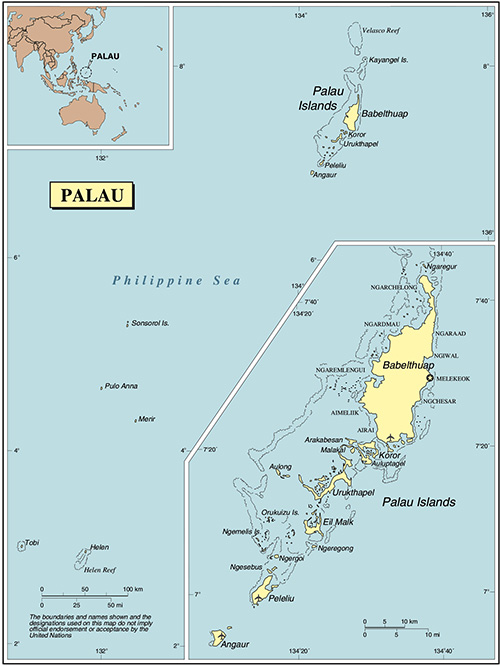 The island nation makes the perfect case study for Ripple to develop what could be a U.S. dollar CBDC. There are two reasons why…

First, it’s much easier for small countries with limited, centralized economies to deploy CBDCs. The systems can be implemented with far less disruption and bureaucracy.

And second, Palau uses the U.S. dollar (USD) as its native currency. Think about what that means…

If Ripple can successfully develop a U.S. dollar-backed CBDC for Palau, that same system could become the model for the larger rollout of a CBDC in the United States.

This might just be a trial run of sorts.

Ripple will get a USD-backed CBDC up and running in Palau, test it, and work out the kinks. At that point, it could market this system to the U.S. government. Given the lack of real world deployments of CBDCs, this would be a great proof point.

This could make Ripple a major candidate to power the inevitable launch of a CBDC in the U.S. And that would be a massive win for the company. That’s why this deal is so important.

I doubt the mainstream press will take any notice of this project in Palau. I doubt most even have any idea where Palau is, or even that it exists. But we’ll be watching it closely. The implications are much bigger than most realize.

In fact, the rise of CBDCs is just one piece of the great “reset” that’s happening in our financial systems. To learn more about the moves taking place behind the scenes, go right here for the full story.