On Monday, the Honorable Ralph J. Porzio – a judge appointed to the Supreme Court of the State of New York – ordered that the Petitioners’ equal rights had been violated.

He further ordered that:

This might not seem like a big deal. It certainly reads like a wrongful termination suit. But the Petitioners were former Department of Sanitation of New York employees who were fired from their work.

Did they do something wrong? Did they commit a crime? Did they fail to perform their duties?

No. None of the above.

The state of New York terminated those employees in February of 2022 for their “failure to comply with vaccine requirements.” The issue involved the COVID-19 “vaccines” and the subsequent vaccine mandates that were imposed upon public health workers and their families.

Sadly, this wasn’t just a New York “thing.” It happened in many other places across the country.

As we look back in the rearview mirror, these wrongful terminations were meaningless and violations of our equal rights. And that’s exactly what the judge concluded. He stated accurately that:

Being vaccinated does not prevent an individual from contracting or transmitting COVID-19. As of the day of this decision, CDC guidelines regarding quarantine and isolation are the same for vaccinated and unvaccinated individuals. The Petitioners should not have been terminated for choosing not to protect themselves.

Given what’s now proven, the act of taking a COVID-19 “vaccine” doesn’t protect others. It only provides some level of protection for those who take the shot, which is why any form of COVID-19 “vaccine” mandate is nonsensical. These shots are nothing more than experimental drugs with known side effects and are now proven to have limited efficacy.

Some will argue that the government and organizations didn’t know back then that the shots didn’t stop infection or transmission when they terminated employees because of their personal health decisions. That’s complete nonsense.

I even wrote about these topics in The Bleeding Edge more than two years ago, explaining that the mRNA shots would simply coax our bodies into producing an antibody that would provide some level of protection against the virus if we were exposed – not durable immunity to COVID-19.

It’s nothing like a real vaccine that exposes our bodies to an attenuated or inactive virus, which helps our bodies build sterilizing immunity to a virus or disease.

I knew these things because it was a basic scientific fact concerning how mRNA technology works. I wasn’t a genius. I just read a few scientific papers on mRNA technology and figured it out… which means a remarkable number of others in the scientific community knew it as well.

The reason why this ruling comes as such a surprise is because New York is one of the last remaining bastions of the Covidians. It’s still a place where many continue to insist on wearing masks, despite what we all now know.

In my humble opinion, all COVID-19 “vaccine” mandates should be removed.

Any corporation, non-profit, or government entity that wrongfully terminated employment because someone made a personal health choice not to take an experimental drug without any safety data to review should be offered their job back immediately, with full back pay from the date of termination. Period.

And while not necessary, an apology would go a long way.

Yesterday, we had a look at the developments at Stability AI, a major player in generative AI. Today, we’ll have a look at another generative AI company that’s also making big moves. It’s called Jasper.

Along the lines of Stability AI’s raise, Jasper just closed a $125 million Series A funding round. And the company is now valued at $1.5 billion.

Jasper’s AI is an incredibly powerful text generation AI. It was trained on roughly 10% of the entire internet. This enables Jasper to write social media content, blog posts, letters, marketing copy, and even emails.

And get this: Users simply need to type a paragraph-long description of what they want the AI to produce… and Jasper’s AI will then write it for them in a matter of seconds. It’s incredible how quickly this generative AI can create content.

In a world where it’s always a race to consistently produce new and original content, Jasper’s AI could be a game-changer. It could enable a single person to create tens, if not more than 100, original articles and posts every single day.

And with $125 million in its war chest, Jasper will be able to train its AI to become even more powerful and functional. As good as it is today, the AI will be multiple times better in 12 months.

So, Jasper is another generative AI company we should be tracking closely. In fact, it’s so useful, I’d bet that many Bleeding Edge readers would benefit from using this technology.

And what’s unique about Jasper is that it’s not just a research and development company. This is already a remarkably successful company despite how early stage it is. In fact, Jasper did about $45 million in revenue last year. And it’s on pace to hit $75 million this year.

That’s impressive for such a young company. And it foreshadows even bigger things to come…

“Self-driving cars are going nowhere?” Not a chance…

Big news on the self-driving front.

Waymo is launching a new autonomous ride-hailing service. This one is in Los Angeles, California.

As a reminder, Waymo is Google’s self-driving division. It currently has autonomous ride-hailing services running in both Phoenix and San Francisco.

I had the benefit of riding in a self-driving Waymo in Phoenix a while back. It was fantastic. Here’s a look:

As we can see, Waymo’s tech is now incredibly advanced. I never once worried about the car’s driving or my safety.

And if we remember, Waymo’s approach is different from Tesla’s. Tesla utilizes a neural network that enables its AI to learn to drive anywhere on the fly.

Waymo doesn’t do that. Instead, it spends a tremendous amount of time mapping out each city in which it wants to deploy. It very carefully trains its AI on every street, every stop light, and every curve.

Then Waymo defines a very specific area in which its cars will operate. They’re not able to travel outside of this geofenced area.

So Waymo has been quietly mapping out Los Angeles like this for months now. A few L.A. residents may even have seen one of its cars occasionally. Here’s one such sighting: 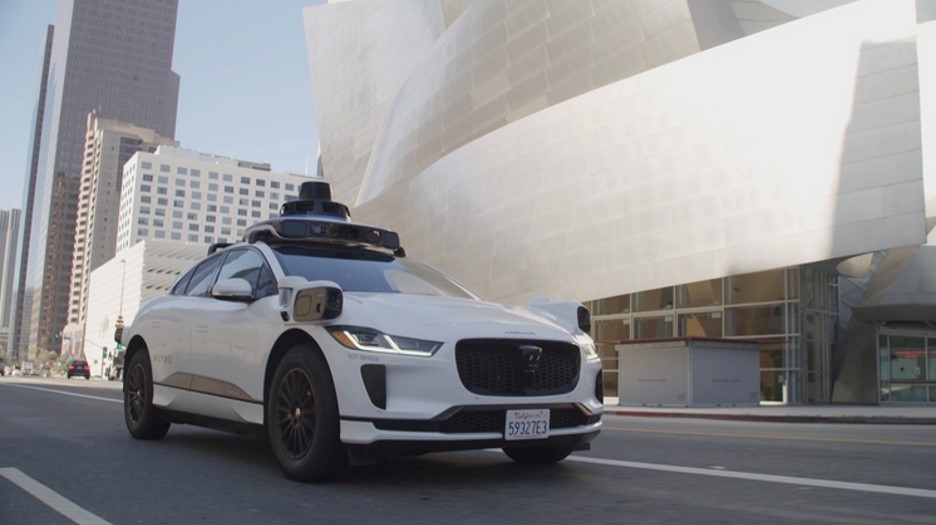 Here we can see a Waymo cruising down the streets of L.A. and driving past the Walt Disney Concert Hall, an architectural landmark designed by architect Frank Gehry.

And Waymo announced that its robotaxis will run 24 hours a day. They won’t be restricted to off-peak windows, as they are in San Francisco.

As for timing, Waymo said the first cars will deploy in L.A. within the next several months. So, we’re looking at the first quarter of 2023 at the very latest.

This is a big development. Especially as autonomous-driving naysayers continue to insist that self-driving technology is years away. It’s remarkable, really. Even publications like Bloomberg recently put out a hit piece earlier this month ignorantly claiming that: “Self-Driving Cars are Going Nowhere.”

We’ll wrap up today with an important update for U.S. taxpayers.

Last year, the Internal Revenue Service (IRS) only issued tax guidance for what it called “virtual currencies.” There wasn’t much clarity beyond that, but it was widely assumed to be a cryptocurrency.

Well, for this tax year, the IRS tried to expand its reach beyond just virtual currencies into other forms of digital assets. The IRS just issued 2022 tax guidance specifically for non-fungible tokens (NFTs).

As regular readers know, NFTs are the next generation of collectibles. In their simplest form, NFTs are digital art pieces. But they can also convey owners the right to physical products and special in-person events.

As such, we might think that the IRS would categorize NFTs as collectibles, as it does for a piece of art, a baseball card, or an antique. Not so.

The IRS will treat NFTs just like it treats stocks and cryptocurrencies, such as Bitcoin and Ethereum. And any NFTs received in exchange for any kind of service delivered will be considered earned income and taxed accordingly.

What’s more, when we exchange one NFT for another – or when we sell an NFT for a cryptocurrency like Ethereum – that constitutes a sale. And we will again be on the hook for capital gains taxes.

So, for those NFT owners out there: Please be sure to track your cost basis and any sales, as they’ll need to be reported on your annual tax filing. Anyone who sold NFTs this year will need to file their tax returns accordingly.