I hope that Bleeding Edge readers had a great summer weekend. It was a productive one for me with some very hard labor working on my property as well as a beautiful afternoon at a horse show with friends.

This is shaping up to be an exciting week for the stock markets. The Federal Reserve is widely expected to cut the federal funds rate by 25 basis points on Wednesday. While unemployment is at record lows, inflation has not been increasing, which is what usually happens. This is likely due to a weaker global economic environment in contrast to the U.S. economy, which is in tremendous health.

A decrease in the fed funds rate tends to be bullish for the stock market. And this will be the first cut since 2008. I’ve written before that a cut in the rate is smart as a bridge until the U.S.-China trade negotiations conclude. Speaking of… those trade negotiations are back on this week in Shanghai.

Now on to today’s Bleeding Edge…

Watch out for Libra fraud…

We have talked quite a bit about Facebook’s digital currency, Libra, in these pages. As you know, Libra’s official launch is set for next year… But the fraud has already begun.

It’s come out that a bunch of fake accounts on Facebook are selling Libra at a “discount”… even though it doesn’t exist yet. The fakes are directing people to a website that looks legit. It’s sharp. It’s modern. It looks like a legitimate operation. 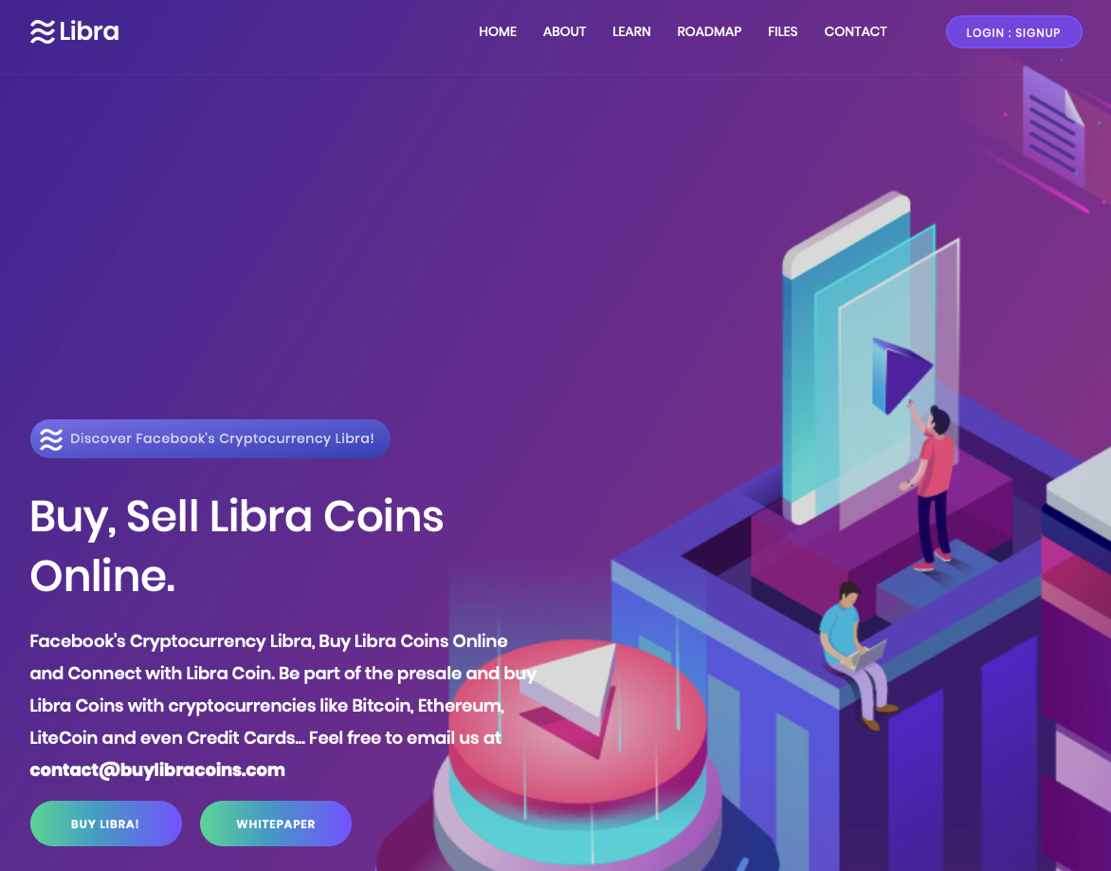 The site has the white paper up… a roadmap for the project… and several other documents. There are several supported payment methods. There’s a contact address for questions. There’s an FAQ. And it even has a counter ticking down the time to launch. According to the site, Libra launches in three days and three hours (at the time of this writing).

So it’s convincing… which makes it very dangerous. Please do not fall for these scams. Please don’t follow any posts on Facebook saying you can buy Libra. Please don’t click on any links to buy Libra. We can’t… It doesn’t exist yet.

In fact, the Libra Association doesn’t even exist yet. Word just came out that the 27-member governing body is not yet official. The companies Facebook advertised as its collaborators haven’t done anything but sign a nonbinding letter of intent. That’s it.

And that means Libra is, in fact, still controlled by a single entity. And that entity is Facebook…

Google Maps now covers more than 200 countries and territories. As you likely know, it started with Google sending Street View cars around to collect mapping data. These are cars with sophisticated cameras on top. 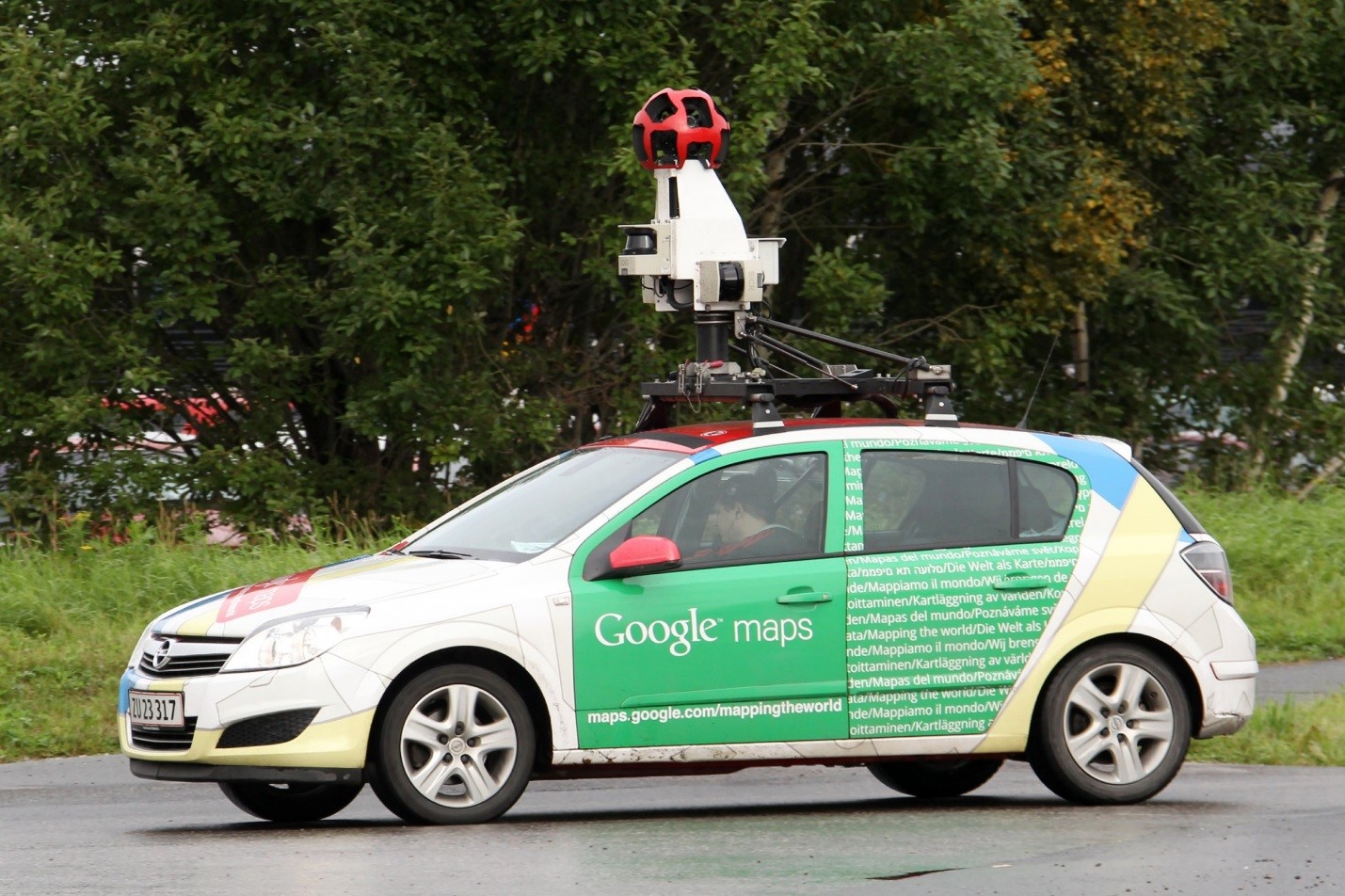 But it’s impossible to maintain accurate maps on this scale with just humans driving around in cars. That approach led to mistakes. And it couldn’t keep up with constant development around the world.

That’s why Google is turning to artificial intelligence (AI). It is using an AI to analyze satellite data and combine that with data from Street View cars. With that information, the AI can automatically update Google Maps in real time. No human input necessary.

This is a fantastic application of AI. It ensures Google Maps is always up to date. Google calls this “self-healing” maps.

Frankly, I’m surprised it took Google this long to do this. It has been using AI to target ads for a while now… Why not apply the tech to something useful like mapping?

Plus, Google bought the navigation app Waze for nearly $1.2 billion back in 2013. Waze is the most accurate navigation app because it collects real-time data from anybody with the app installed on their phone. Waze identifies traffic patterns just by monitoring how fast or slow users’ phones are moving. And it tracks the phones even when the app isn’t in use.

So it seems to me Google could have incorporated AI and Waze into Google Maps much sooner. After all, Waze has access to all of the roads that cars drive on – an AI could search for any discrepancies between its own maps and the data collected by Waze. A simple example would be when Waze drivers start driving on a road that does not exist on Google Maps – that would indicate that a new road opened up.

This is a great example of an application-specific use of artificial intelligence (i.e., for mapping). Investing in companies, both public and private, that are using AI to solve very specific problems is where I am finding the most exciting investment opportunities. The model portfolios in both The Near Future Report and Exponential Tech Investor are already benefiting from this megatrend.

I was reading the other week that a bunch of journalists said that Apple’s augmented reality (AR) initiatives were dead. They said Apple lost that race and had to give up. As usual, they are dead wrong…

Apple just published another interesting AR patent… And it’s quite novel. The patent envisions an AR headset or eyewear that can track the facial expressions of the user.

This is geared toward creating an avatar – a digital representation of the user. Your avatar could interact with others who are “online” and reflect your exact facial expressions. It’s a way to create an immersive virtual experience.

Imagine this: You give your friend a call through your AR eyewear. Your friend is also AR-enabled. In the lenses of the AR eyewear, you each see a digital avatar, a graphic face, of the other person.

As you have the conversation, the avatars reflect your facial expressions in real time. (After all, our AR-enabled eyewear will run over delay-free 5G wireless networks.)

The patent also envisions the eyewear mapping out real-world surroundings… putting parameters around things… and displaying a virtual version in the headset.

For example, you could walk into a room, and your eyewear would capture the dimensions and spacing of the furniture and the room. It then would display something that looks like an architectural drawing. From there, it’s easy to augment.

Imagine a map of Mount Everest being displayed virtually on top of the table you are sitting at… complete with the best route to the summit. Or imagine an assembly instruction manual displayed on the floor next to your Ikea purchase. Or imagine a digital character lounging on your living room couch.

The point is that AR will be used for practical purposes, workplace productivity, and entertainment.

And Apple will be a major player. The fact that it is now publishing application-specific patents tells me it is close to a major launch. I expect Apple’s AR eyewear to arrive sometime next year. I would bet on a soft launch in June 2020 with a big consumer rollout in Q3 and Q4. Much more on that as details come out…

P.S. We received great feedback from our Accelerated Profits Summit last week. I was blown away by the interest, and I am thankful for the turnout. This is the culmination of five years of extensive research, and I am excited to finally have the chance to bring it to you.

For those who couldn’t attend the event, I’ve asked my publisher to make an on-demand replay available to you. I have also pushed to extend our offer and our $151,740 guarantee through Wednesday, July 31.

So if you weren’t able to join us live, please check out the replay here. I promise it will be well worth your time.