It has been interesting to watch AT&T chase after Verizon with the same corporate strategy.

Just like Verizon grossly overpaid for media assets over the last decade and failed to monetize them, the time is right for AT&T to cut its own media assets loose, even if it means an embarrassing loss.

Which of AT&T’s crazy deals am I referring to?

AT&T’s debt is now more than $30 billion higher than the company’s annual revenues. Not good.

That’s why, while painful, spinning off both these assets is a smart move.

As painful as the losses might be for AT&T, the deal makes a lot of sense.

Netflix and Disney are streaming powerhouses right now, and this combination has enough weight to compete.

And AT&T really doesn’t need the distraction of media assets right now. It was never very good at managing them in the first place.

But there is something far more important to the company right now – 5G.

The fifth generation of wireless technology isn’t something that any wireless operator can just dip their toes into the water with. That simply won’t work. You’re either all in or you’re not.

Due to the fundamental changes to network architecture driven by higher radio frequencies that require at least five times more base stations for coverage, wireless operators have to commit.

If they don’t, they simply won’t be able to compete. And that’s when subscribers will migrate to the competition.

AT&T understands this. And it demonstrated that with its strong showing in the most recent C-band spectrum auctions. These auctions will become the “backbone” of 5G wireless networks for companies like Verizon and AT&T.

Both Verizon and AT&T have smartly cleaned their plates of unwanted assets to focus on the thing that will drive their businesses forward for the next decade. And we, the consumers, will all be better off for it.

This category-defining company is going public…

Longtime readers will be familiar with Ginkgo Bioworks. We first profiled this company back in September 2019. It’s a spectacular early stage company that I’ve been following for seven or eight years now.

And it’s not a stretch to say that Ginkgo Bioworks is a category-defining company in the synthetic biology space.

What makes this company so interesting is that it basically treats DNA like software code. Ginkgo designs genetic sequences that end up in consumer products.

The company got its start in 2015 by coding DNA to enhance flavors and fragrances. From there, Ginkgo did some work on industrial chemicals and agriculture. It began producing animal-free protein products for the food and nutrition industry.

And today, the company focuses heavily on biotechnology.

All told, Ginkgo Bioworks now has over 70 commercial programs across a wide range of industries. That’s impressive.

And this foundry isn’t exclusively for in-house products. Ginkgo Bioworks also makes synthetic biology products on behalf of its customers.

Oddly enough, this is very comparable to Taiwan Semiconductor Manufacturing Company (TSMC) in the semiconductor industry.

As we have discussed numerous times, technology companies like Apple and Amazon are starting to design their own application-specific semiconductors. Then they hire TSMC to make these custom chips in its foundry.

And get this – Ginkgo’s foundry is growing at a rate of 2–3x every year. That’s exponential growth. And the cost to manufacture synthetic biology products is dropping about 50% a year right now.

What we are seeing here are the exact same growth dynamics that we see in the semiconductor industry. It’s a remarkable analog, especially considering how different these two industries are.

So the future is very bright for Ginkgo Bioworks and the synthetic biology industry.

That said, I can’t recommend this company as an investment target right now.

The problem comes down to the pro forma enterprise value (EV) of the SPAC that’s taking Ginkgo Bioworks public. It’s just over $15 billion. Yet Ginkgo estimates it will have only $100 million in billable revenue this year.

That means Ginkgo Bioworks is hitting the public markets at an EV-to-sales (EV/sales) ratio of 150. Put another way, the company is currently valued at 150 times annual revenues. That’s an absurd valuation no matter how great the company is.

And if we look out to 2023, Ginkgo estimates revenues around $341 million. So our forward valuation is 44 times 2023 sales. That’s still incredibly overvalued.

Simply put, investors buying at these valuation levels are going to lose their shirts.

SPACs are a fantastic vehicle for taking private companies public. And there are many great companies going public via this route.

But it is absolutely critical that we analyze and understand valuation details in every SPAC deal before making an investment decision. That’s the key to success.

And while Ginkgo is far too expensive at these levels, I’ve found several other exciting biotech companies that are great additions to an investor’s portfolio right now.

If you’d like to learn more,go right here for the details.

Facebook provided an update on its digital currency initiative earlier this month. This is the project that started as “Libra” in 2019 but has since been rebranded “Diem.”

As a reminder, Libra was going to be a stablecoin backed by a basket of national fiat currencies. But the regulators didn’t like that idea, and Facebook had to pivot.

This year, it announced that Diem will be a stablecoin backed by just a single fiat currency. It was assumed that this would be the U.S. dollar.

When we checked in on Diem earlier this month, Facebook had just applied to become a Payment Service Provider (PSP) in Switzerland, which is where the project was headquartered.

Well, in a surprising twist, Facebook just withdrew that application. And the company is moving its Diem operations out of Switzerland and back to the United States. This is an odd move.

When it comes to regulatory policy, Switzerland is one of the friendliest countries for cryptocurrency and stablecoin projects. And the U.S., on the other hand, is one of the worst. Talk about a reversal…

And this story gets even more interesting. Facebook just announced that Diem will in fact be a U.S. dollar stablecoin.

And to that end, Facebook partnered with Silvergate, a digital asset-focused bank. Silvergate will hold the dollars in reserve needed to back Diem one-to-one.

Furthermore, Diem will be a highly centralized, permissioned network. This means that people must be authorized to use the network. It’s not an open system where anyone can participate like many other U.S. dollar stablecoins out there.

And that begs the question – what entity determines who has permission to use Diem? Facebook didn’t say.

This makes me wildly suspicious. The last-minute move from Switzerland to the U.S. is hard to explain. And the switch to a permissioned network is very unexpected.

I can’t help but wonder if Facebook is in discussions with the U.S. government regarding a collaboration. Could it be that the U.S. Treasury or the Federal Reserve will want to use Diem as the central bank digital currency (CBDC) in the U.S.?

After all, if the goal is wide distribution and rapid adoption, Facebook’s network of billions of daily active users is a no-brainer. No other platform comes close to Facebook’s scale.

And I should point out that this development is bad news for Tether (USDT). This is currently the most widely used U.S. dollar stablecoin.

We talked earlier this year about Tether’s failure to back its stablecoin one-to-one. That hasn’t hurt USDT adoption yet, but I wouldn’t be surprised to see Tether’s transaction volume fall rapidly once Diem launches.

And if one thing is for certain, with Facebook’s $64 billion in cash, it won’t have any problem ensuring that its U.S. dollar stablecoin will be backed one-to-one.

Checking back in on Axiom Space…

We’ll wrap up today with exciting news. Axiom Space just announced that its mission to the International Space Station (ISS) will happen as early as next January.

We are just seven or eight months away. This will be the first fully private human mission to the ISS.

It will start with a single habitable module that will dock to the ISS in 2024. That will be the world’s first “space hotel.”

From there, Axiom plans to build an entire station around this module. Then, when the ISS is decommissioned sometime around or before 2030, Axiom’s space station will detach and stand alone so that the U.S. won’t miss a beat in space. 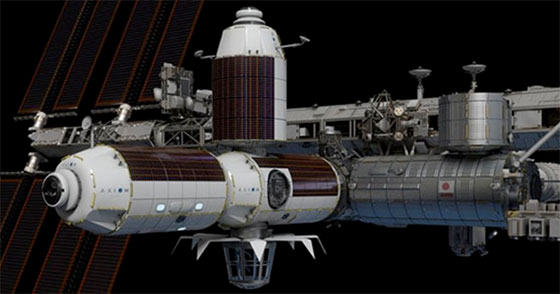 As for the first mission coming early next year, it will launch on a SpaceX Falcon 9 rocket with the Crew Dragon capsule on top.

That capsule will carry four astronauts up to the ISS. One is a former NASA astronaut. One is a former Israeli pilot. And the other two are investors who will help finance the $220 million mission. The crew began training this week.

Axiom’s station will support private space travel as well as industry-sponsored research. And it will become a critical part of our new spacefaring civilization.

P.S. Don’t forget to sign up for my Emergency Briefing next Wednesday, May 26 at 8 p.m. ET.

In short, government action has created fear, uncertainty, and doubt in one specific asset class in recent weeks. This is a widely misunderstood asset class. And now negative headlines are scaring investors away completely.

Because of this, the media is speculating that it’s “game over.” The jig is up. But I see a phenomenal investment opportunity.

It’s not often that the crowd gets an asset so wrong. But when it does, we can be sure that massive investment gains are likely to follow.

For example, think about bitcoin in 2015… back when it was wildly misunderstood. That’s when I wrote my first research paper on bitcoin. At the time, it was trading around $240.

Fast forward to today, and investors who acted on my bitcoin research had the opportunity to make over 26,000% on the digital asset. That’s enough to turn every $5,000 invested into a whopping $1.3 million.

Well, we have a similar opportunity staring us in the face today. Money is just lying in the corner right now. All we need to do is go pick it up.

So please mark your calendar for next Wednesday, May 26 at 8 p.m. I’ll explain what I’m seeing, and I’ll share with readers what we need to do to profit from this asset class.

The Emergency Briefing will be free to all readers of The Bleeding Edge. I just ask that you go right here to reserve your spot in advance.