Announced on May 15 of this year, Operation Warp Speed (OWS) has already been one of the most successful public-private partnerships in history. And it certainly has been the fastest to produce results.

The partnership was designed to do one simple thing: develop vaccines and therapies effective against COVID-19 as soon as is humanly possible, and most certainly before the end of this year.

Immediately following the election, we have already seen several major announcements of both Phase 3 clinical trial results as well as Food and Drug Administration (FDA) approvals for emergency use authorization (EUA).

And the last three days were no exception.

On Saturday, the FDA authorized Regeneron’s COVID-19 antibody therapy for treating mild to moderate cases of COVID-19 in patients 12 years of age or older. This authorization is especially useful for the most at-risk population of those older than 65 years.

Regeneron’s approach is different than the vaccines in that its antibodies attach to the COVID-19 virus and prevent it from replicating. They basically help our bodies shut down the virus before it can cause too much trouble.

And if that weren’t enough, early this morning AstraZeneca and the University of Oxford announced that their COVID-19 vaccine was as much as 90% effective in large clinical trials.

Equally important is that there were no serious safety events related to the vaccine in the trials. This news comes immediately on the back of Moderna’s announcement of 94.5% efficacy and Pfizer/BioNTech’s 95% efficacy.

That’s not one, not two, but three effective vaccines that will soon be available in the coming weeks. And it’s all the result of Operation Warp Speed.

So how did this all happen? Was it just luck? Absolutely not.

It was money, plain and simple. It was an explicit commitment of funds that backstopped the development and large-scale manufacturing of the vaccines and therapies.

This allowed the biotechnology and pharmaceutical companies to race ahead, at warp speed, without any risk of losing money.

Need proof? Here it is:

I remember reading so many negative articles and opinions about this public-private partnership and how so many “experts” told us that it would be years before we saw a vaccine.

They were dead wrong.

When the risk of bankruptcy was removed and all work was guaranteed, the industry didn’t have anything to lose. The normal “risk versus reward” business decisions were no longer necessary. There wasn’t any risk, and there was a lot of reward. And that’s why it happened so quickly.

Moving at this speed wouldn’t have been possible inside the bureaucracy of a government laboratory.

But in the labs of leading-edge biotechnology companies, this kind of fast innovation is not only possible but normal when there is funding available.

I hope you share my overwhelming sense of optimism.

Why? Because if we can develop vaccines and therapies within the span of six months, we can also start to tackle many of the world’s other diseases that are far more dangerous than COVID-19.

And we’re not going to have to wait a decade or two before the “cures” become available.

The first private space mission will launch next year…

Axiom Space just announced that its first private mission to space will launch next year. The mission will take four astronauts up to the International Space Station (ISS) in a SpaceX Crew Dragon module.

We last talked about Axiom Space back in January. This is the company that plans to build the first privately owned, self-sustaining space station.

It will start with a single habitable model that will dock to the ISS in 2024. That will be the world’s first space “hotel.” 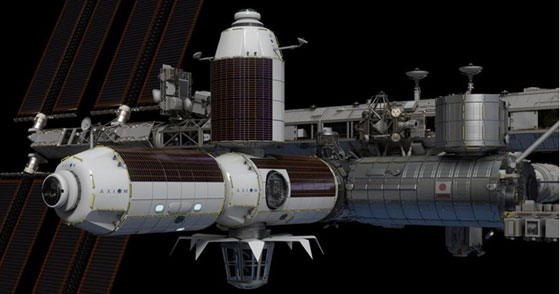 From there, Axiom plans to build an entire station around this module. Then, when the ISS is decommissioned within the next 10 years, Axiom’s space station will detach and stand alone so that we don’t miss a beat in space.

This is a defining moment for commercial space travel.

For a private company to launch a manned mission to space is historic. I believe this will be an event that we look back on as an inflection point for space exploration.

And here’s where it gets especially interesting…

Axiom Space has only named two of the four astronauts going up next year. The first is a former NASA astronaut. The second is a former Israeli fighter pilot.

As for the other two?

Rumors are that actor Tom Cruise and his director Doug Liman have claimed the other two seats. The two have been in talks with NASA to film a movie in space. Could it be that Axiom’s mission will enable that to happen?

I’m excited to find out.

Up to this point, Alexa’s AI has run on a cluster of NVIDIA’s graphic processing units (GPUs). GPUs are the workhorse of the AI and machine learning industry for general purpose computing.

But now Amazon has designed its own AI semiconductor. It’s called the Inferentia chip.

The Inferentia chip was designed specifically for Alexa. And it will run in the cloud through Amazon Web Services (AWS).

The custom-designed chip will allow Amazon to power Alexa at 30% of the cost. And it will improve end-to-end latency for consumers by 25%.

When we ask Alexa a question, Alexa takes our language and sends it to Amazon’s data center. That’s where our question is parsed and understood. Then the AI searches for the answer, assembles a response, and sends it back to our device for Alexa to communicate. This happens quickly, but it is not instant.

With its new chip, Amazon will make this process 25% faster. That will allow consumers to have more natural conversations with Alexa. And this will enable new features for Alexa in the near future. Alexa users will see some dramatic improvements.

Now, I should point out that Amazon won’t be manufacturing the Inferentia chip itself. Like so many others in the industry, Amazon will likely rely on Taiwan Semiconductor Manufacturing Company (TSMC) to make its chips. This is great news for this contract semiconductor manufacturer.

And this is another sign of the big shift from generic to custom semiconductors that we are seeing throughout the industry.

We talked about Apple’s new custom-designed M1 chip last week. This is a similar move.

And we can expect this trend to continue. Now that companies are getting strong performance gains using custom-designed silicon, everyone else will have to follow suit.

A COVID-19 test that actually works…

We talked about the Lucira COVID-19 test kit last week. It is the first at-home, rapid COVID-19 test to receive the Food and Drug Administration’s (FDA) emergency use authorization (EUA).

The problem is… it’s just not very accurate. It will lead to a stunning number of false positives. And that can lead to healthy people getting stuck in quarantine for absolutely no reason at all.

A team at Stanford University just developed a CRISPR-based test to detect COVID-19. This one is far more accurate than both Lucira’s kit and the polymerase chain reaction (PCR) tests we have been using.

A CRISPR guide RNA is designed to match up with a segment of the COVID-19 virus’s genetic code. When applied to a sample – say, from a nasal swab – the guide RNA seeks out this segment of genetic material, carrying the CRISPR enzyme with it.

When it finds the COVID-19 virus, the CRISPR-Cas12 enzyme acts like a pair of genetic scissors and cuts the segment of genetic code it was seeking. This, in turn, triggers a reaction that creates a fluorescent color on the test.

And here’s the best part – this test could be administered either at home or in a local clinic. If it receives FDA approval, it will be easily accessible to everyone.

I’m very excited about this one. Having an accurate, at-home or fast-clinic COVID-19 test that takes just 30 minutes on the market would be a game changer.

The combination of fast and accurate testing as well as widely available vaccines and therapies will allow us to put COVID-19 and all the associated fear and panic behind us.