In the past few days, I’ve been sharing some of my travel stories from over the years. If you’ve been wondering why, all will be made clear tomorrow. And, of course, we have our usual insights from the world of technology. But first, I have one more story to tell…

When we pulled up to the Scottish estate, there were at least 100 people moving around with purpose. We thought there must have been several groups going on outings that day.

In fact, they were all there for us.

There were 10 of us on the adventure… a day of traditional Scottish driven grouse hunting. We were way up in the Scottish Highlands in the heather moorlands, the habitat of the Scottish red grouse.

We were lined up across a vast stretch, each in our own “butts,” which were dug out of the moorland to reduce our profile. And we wore the colors of the land for the same reason… Only my gray hair stood out. 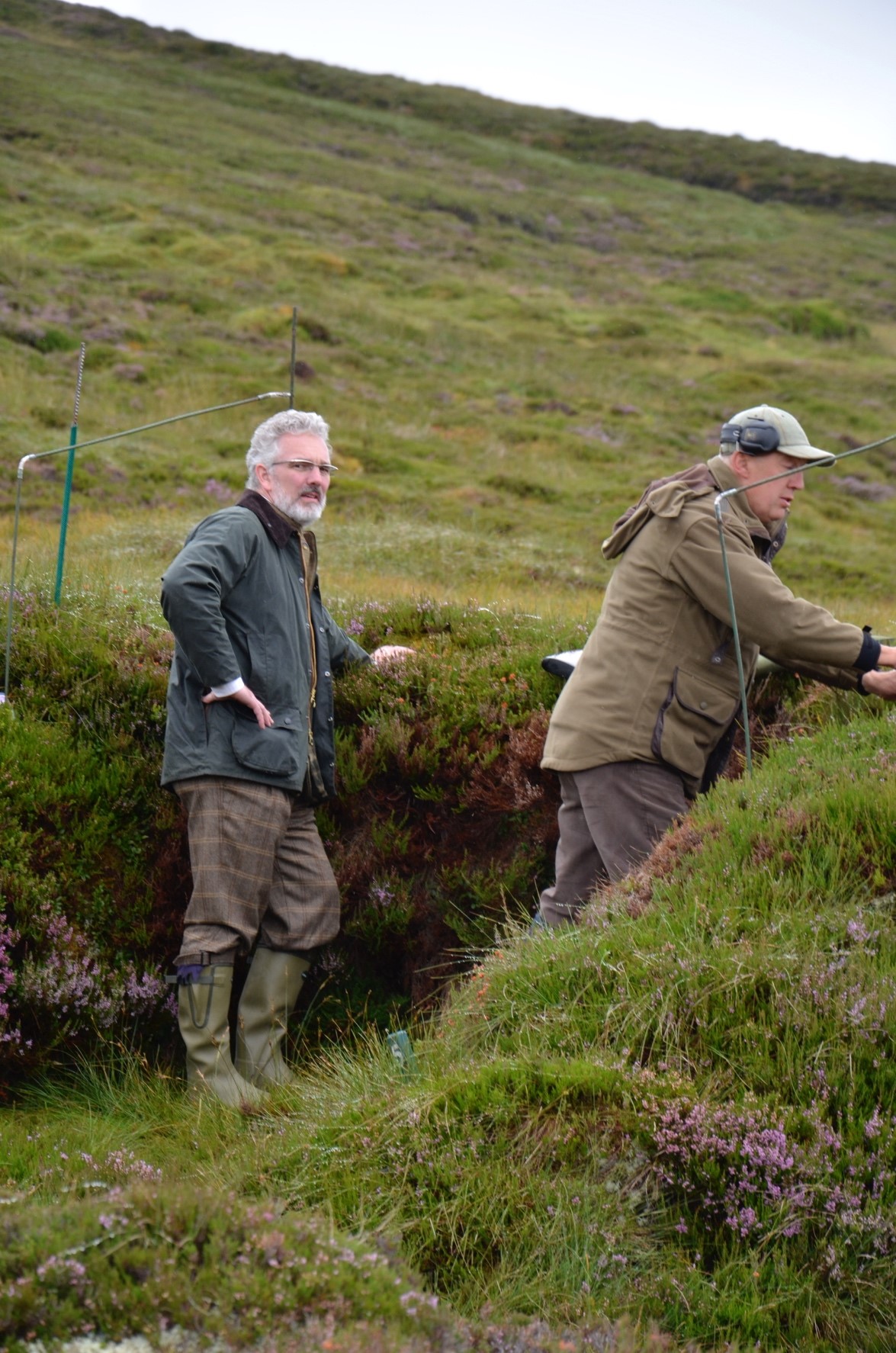 Roughly 70 “beaters” started several kilometers out, waving flags and driving the grouse toward the butts where we patiently awaited their arrival. We had five hunts throughout the day with breaks for food and drink in between each. 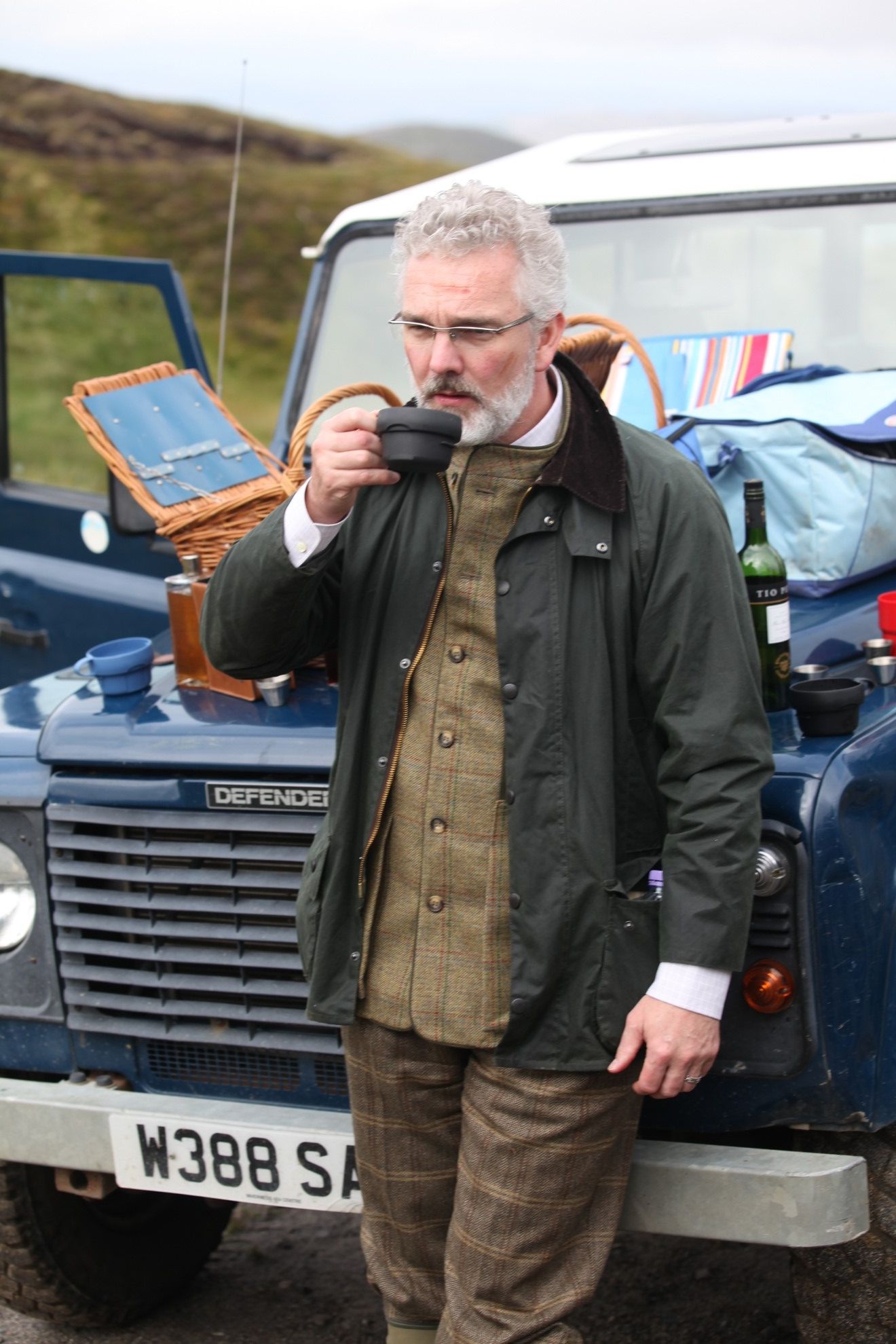 It was a gentlemen’s outing – and one that was devoid of cell phones and computers. Spending time with like-minded friends in a spectacular setting and without all the daily distractions made the trip such an extraordinary experience.

I’ll share some more details with you tomorrow. For now, let’s turn to our insights.

Tuesday was Apple’s annual September product launch event. And it was pretty uneventful, as expected.

At the event, Apple released the iPhone 11 and iPhone 11 Pro. These phones are a slight upgrade over the iPhone 10. Apple made its primary upgrade to the camera of the iPhone 11. This is the one area where Apple has historically been weak compared to other major smartphone manufacturers like Samsung.

The new iPhone 11 Pro has three cameras on the back of the phone. The third camera is an ultra-wide lens. It lets users zoom out to capture a bigger frame.

And Apple employed a camera technology called deep fusion. It uses cameras to take nine photos. Then it combines those photos into one super-high-resolution photo. The pictures will be amazing.

Apple also upgraded the iPhone’s CPU using the new A13 Bionic semiconductor. This will deliver about a 20% performance increase.

Apple also announced some lower-priced phones and iPads… as well as new colors offered for iPhones.

We know Apple is struggling with new features when one of the big announcements is about new colors. I almost didn’t want to write about it.

But here’s what the mainstream press won’t report: Apple’s big reveal was a warm-up, an appetizer of sorts.

These new iPhones have some nice features, but they aren’t dramatically better. To me, they are just a bridge to the iPhone 12. That will be Apple’s first 5G-enabled phone. We can expect the iPhone 12 by next September at the latest.

So for Apple users, here’s my advice. Don’t bother with the iPhone 11. Having a 5G-enabled phone will be a must-have for most consumers.

5G speeds and ultra-low latency will enable new applications and services that we haven’t seen before. The iPhone 11 just isn’t worth the upgrade… but a 5G-enabled iPhone absolutely will be.

Even though the tech exists today for Apple to launch a 5G-enabled phone, Apple’s move was intentional. It knows that the 5G networks are not fully built out around the world.

And it also knows that its customers wouldn’t really understand the difference between an iPhone’s performance and the patchy 5G network coverage that exists today. (Is the phone or the network causing the issue?)

Apple is fanatical about controlling the quality of its customer experience… so it makes sense for the company to wait to release its 5G phone until next summer or fall when 5G network coverage will be more ubiquitous.

(Apple isn’t the only smartphone maker launching a 5G-enabled phone. Every major consumer electronics company on the planet is launching its own 5G devices. And every single one of these devices – they will number in the billions – will depend on an essential component to connect to 5G. I’ve spotted the company that provides that component. This is a stock that investors will want to own. More details here.)

News is out that Facebook is partnering with Microsoft and a series of academics from MIT, Oxford, UC Berkeley, and Cornell to initiate the Deepfake Detection Challenge. The goal is to come up with ways to identify and potentially eliminate deepfake videos on Facebook.

As a reminder, deepfakes are altered media content. They are fake videos or fake speeches where artificial intelligence (AI) puts a different face or voice onto the speaker. This is done to manipulate public opinion, as we talked about back in June.

The timing of this initiative is not coincidental. Facebook continues to try to buy goodwill ahead of the 2020 elections. The company wants to show that it is being proactive on this issue.

After all, deepfakes could be used to produce fake videos of presidential candidates… which could be used to influence the election. And deepfake tech has gotten so good that it is very difficult for a viewer to recognize what is real and what is not.

This is a smart move by Facebook from a business perspective. It is smart to bring in tech giant Microsoft and the academic community. That makes this look like a consortium… a team effort… rather than Facebook acting alone.

And as I’ve said before, this is a critical issue.

We need a way to verify whether the content we consume is authentic. That will require some kind of standard protocol that will label media content as either verified or unverified. That way we will know if something may have been designed to manipulate us.

There is a fortune to be made by whoever can come up with the solution to the deepfake problem.

McDonald’s is about to automate the drive-through window…

McDonald’s just made a major acquisition in the world of AI… and it put a smile on my face.

The fast-food giant just announced the acquisition of early stage AI company Apprente. Apprente has been working on one thing… developing an AI to automate order taking – for example, at fast-food drive-through windows.

The technology that makes this possible is called natural language processing. It allows an AI to understand and respond to human language.

McDonald’s has been testing Apprente’s technology in multiple languages. Its goal is to automate the order-taking process at every single McDonald’s franchise in the world.

And clearly, the tech works. Otherwise, McDonald’s would not have made this move.

The terms of the deal haven’t been released yet. But the fact that McDonald’s acquired Apprente outright is telling…

McDonald’s could have simply licensed Apprente’s tech to automate its drive-throughs. But then other fast-food restaurants could also license the tech.

By acquiring Apprente outright, McDonald’s ensures its competitors can’t get access to the company’s technology. This shows us that it sees this as a major competitive advantage.

So this is an exciting development. Order taking is a clear, application-specific use for AI. It will increase profitability and make each McDonald’s store even more efficient than it is today.

And in full disclosure, I was a seed-round investor in Apprente. I invested alongside Greylock Partners and Point 72, which is Steven Cohen’s fund. It looks like we stand to make a strong return on our investment in just two years. We’ll know for sure once the acquisition terms are announced.

P.S. Apprente isn’t the only private company I’ve invested in. As an active angel investor, I’ve deployed capital in more than 100 early stage companies. I’ve only lost money on about 5% of my deals. And by my own estimates, I’m sitting on returns of 525%, 1,300%, and even a staggering 25,000%.

I’m not saying this to brag. I only mention it because I know how lucrative it can be to invest in early stage companies. That’s when the upside is highest. But I know not everybody can be an active angel investor like me. So I did something about it.

Over five years, I fine-tuned a system that lets everyday investors get in on early stage companies without being a Silicon Valley venture capitalist. You might be skeptical. But I’ll prove it right here.