A big announcement from Consensus 2019…

I am at the Consensus 2019 blockchain conference in New York City this week. Consensus is the largest and most important annual conference for the blockchain industry. I have attended each year since the conference’s founding in 2015.

This year is much less hype and far more discussion about real projects and real progress in the industry. This is exciting to see.

Interestingly… there are also a lot more suits and ties than hoodies this year as well. While the blockchain industry is still in its infancy, this is certainly a sign of an industry that is maturing. 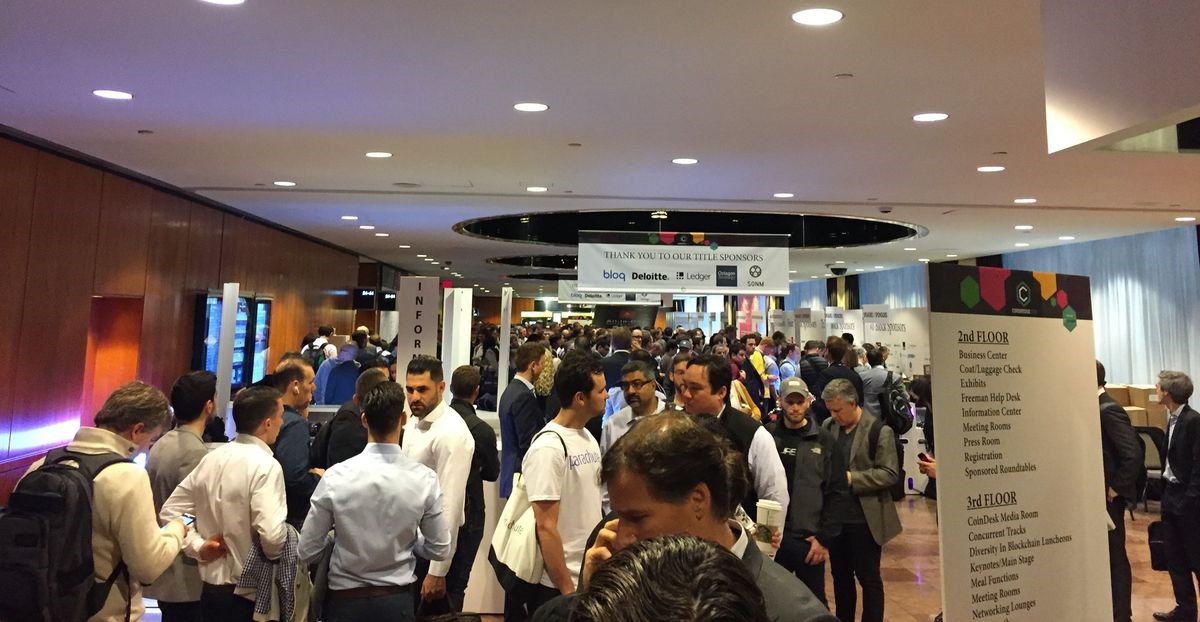 That’s not to say that the conference is boring. There are still exciting developments.

And an important one came out late Monday…

Polymath, a leader in the field of security tokenization, announced the development of a brand-new blockchain.

Security tokenization is the act of creating a digital representation of any asset and placing it on a blockchain. From there, the asset can trade, 24/7, on a fractional basis… Just like a cryptocurrency.

In other words, it’s combining the ownership rights of traditional assets with the liquidity of digital assets.

Security tokens are the future. Stocks… bonds… real estate… commodities… car collections… fine art… rare wine… Everything will eventually trade as a security token. And this will empower normal investors.

Well, security tokens will change that. They will blow open the doors.

That’s because we will be able to buy a fractional interest in property through security tokens. An investor could potentially buy .01% of Rockefeller Center, for example.

For the fractional ownership, they would receive payments for a proportional amount of cash flow that the property generated throughout the year.

That’s where Polymath’s new blockchain comes in. It will be the first blockchain designed specifically for security tokens… And it will have compliance and ownership rights in mind with the design on the new blockchain called Polymesh.

And of course, Polymesh and the Polymath security token protocol are designed to enable companies to be compliant with securities-focused regulatory bodies, like the Securities and Exchange Commission (SEC).

This is a big step forward because right now, Polymath’s ST-20 protocol operates on top of Ethereum’s blockchain… Which was not originally designed to handle security tokens.

And by the way, Polymath is partnering with Ethereum’s co-founder, Charles Hoskinson, on the project.

That tells me the industry knows that security tokens are the future… and that there is clearly a need for something more purpose-built to support the security token industry.

Something important to consider is how a successful implementation of Polymesh might impact Ethereum.

The majority of the Ethereum blockchain’s usage has been tied to raising capital via initial coin offerings (ICOs) and issuing ERC-20 tokens (cryptocurrencies). However, the industry is moving away from ERC-20 tokens as most ICOs are deemed to be a security in the U.S.

A shift away from using ERC-20 tokens for raising capital, and a shift to a new, security-token-focused blockchain like Polymesh, would likely result in lower utilization of the Ethereum blockchain. And Ethereum would become less important, and potentially less valuable, as a result.

Jeff Bezos is going to the moon…

Jeff Bezos is famously known as the founder of Amazon… But he also heads up a space exploration company called Blue Origin. And just a few days ago, Bezos unveiled the company’s new lunar lander – the Blue Moon. 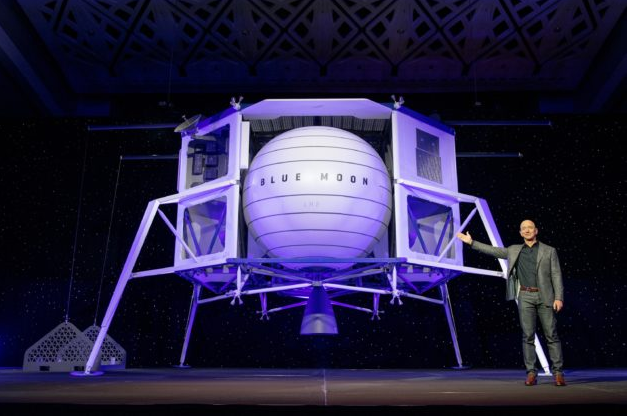 Blue Moon is powered by liquid hydrogen, and it is designed to carry rovers and deliver payloads to the moon. This will allow Blue Origin to move around and perform work on the moon’s surface.

This is exciting news… It will ultimately lead to a permanent manned presence on the moon… a real lunar base.

Bezos said the lander should be ready by 2024. That dovetails with Vice President Pence’s stated goal of returning astronauts to the moon by 2024.

Why bother returning to the moon at all?

The idea is to use the moon as a base of operations. It would be a jumping-off point for further space exploration and, eventually, colonization of other planets. Mars being the likely first stop.

This is amazing innovation coming out of a small, privately funded technology company.

Here we have a private company… Which Bezos has funded himself with $1 billion per year… That is making more progress in space technology than NASA and other long-time incumbents in the aerospace industry. That paves the way for massive development in the near future.

This is incredible news coming out of Blue Origin, which is already gearing up to offer the first suborbital commercial flights to space by the end of this year.

Their goal is to move away from the short-term obsessions on Wall Street. And to empower long-term focused companies and investors.

History shows that companies operating with a long-term mindset outperform their peers over time. But public companies are pressured to focus on short-term results.

So, quarterly earnings have become like a circus on Wall Street. All focus is on what’s happening now, and the future is often ignored.

And this leads companies to massage their numbers.

Take General Electric (GE), for example. GE was great at manipulating earnings to meet Wall Street’s expectations. But, it was just shifting money from one pocket to another each quarter. It wasn’t building a bulletproof business.

This went on for decades… And look at GE now. It’s a disaster of a company. And its stock is down 83% from its all-time high.

So, the LTSE will turn the model around. It will empower companies to move from short-term to long-term thinking.

How companies perform, relative to their five- and 10-year plans, will be more important than quarterly earnings. In fact, many Silicon Valley executives believe issuing financial reports twice per year is more than enough.

What’s more, the LTSE is looking at granting investors more voting power in a company based on how long they have been invested. That’s not set in stone yet, but the idea is to incentivize long-term holders.

So, the LTSE hopes to launch by the end of this year. And we will see bleeding-edge tech companies migrate to it, and away from the Nasdaq, over time.