Editor’s Note: Today, we’re sharing an insight from colleague and master trader Larry Benedict. Larry has been a professional trader for nearly four decades. And he’s learned a thing or two in that time. He knows how great traders thrive in tough markets… and how inexperienced ones can lose fast.

Today, Larry shares his top strategy for surviving and thriving during volatile markets like today.

And if you want to hear more about Larry’s strategy, we invite you to hear from the man himself. He’s live right now. Click right here to access Larry’s presentation.

Most traders want to make a specific amount of money… but want to get there in the fastest way possible.

So, they overleverage their positions, load up on risky bets, and get blown up.

That’s a fast way to become poor, not rich… especially in a year like 2022.

The smart trader… the one who’s in the vast minority… is taking small profits nearly every single day the markets are open.

And it’s truly possible. Some of my subscribers have made gains this year like…

None of these wins are enormous.

But if you continue taking small wins over and over again, you accumulate a larger base of capital and can afford higher levels of risk… which inevitably leads to bigger rewards.

Trading this way means your winners will outweigh your losers. You won’t be all-in on one high-risk idea – the harbinger of death in the trading world.

It seems obvious and easy to follow, but most new traders don’t think this way…

New traders often get attached to their losers.

They sit on a losing position, hoping it will eventually become profitable… and it usually doesn’t. That’s mistake number one.

And mistake number two is that they never take a profit unless it’s a grand slam. They’ll keep pressing on a winner, even when they’re losing money overall.

They think that’s the only way to be successful.

But that’s the wrong line of thinking… and it’s a pitfall new traders tend to fall into.

They don’t understand how to size their positions according to how they’re trading. They don’t earn their risk.

And understanding how to do that is the most important thing in trading.

That is why I like to tell people my cautionary tale…

Learn From My Experience 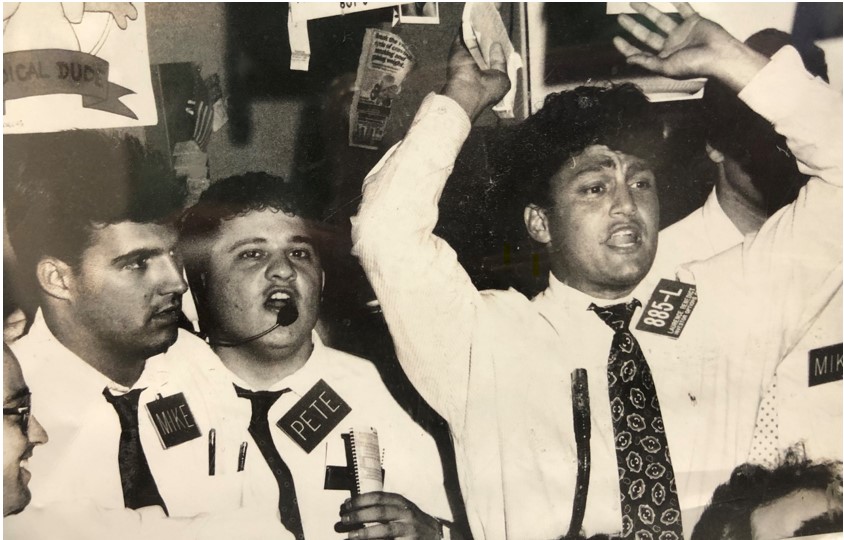 I would allot myself a sum of money to trade and grow. And I kept losing all of it.

But my buddy Andy was making money every day.

After some time, I finally identified the difference in our strategies: He was letting profits slowly trickle in.

He wasn’t going all-in on a risky trade idea. He was slowly but surely building a strong base of capital.

In other words, he was putting a “P” (profit) on the page, no matter what.

It took me a long time to grasp this concept.

I chewed through all my money probably two or three times by making silly mistakes. Things like being too impulsive, going for the home run, or holding onto losers too long…

All the basic “no-no’s” of trading.

But each time I chewed through my own capital, I learned something.

I got closer to learning how to let go of losers and avoid impulsive trades. Then, I got picked up by another firm and they gave me some money to trade and a shot.

And over time, I began to figure out proper money management.

Luckily, I made all my mistakes early on in my career and was willing and able to bounce back.

The reason I’m telling you all this is to inspire you. Anyone can start small and become a big-time trader… especially if I could.

And that’s why I’ve got something very special planned.

I’ve used this strategy to help my readers earn an average of $1,145 every 30 days. That was possible with a starting account of around $25,000.

And in this market, that’s not something many of us can afford to dismiss.

So, if you’re interested in learning more, I’d encourage you to tune in. You can see my entire presentation by going right here.