Years ago, I remember driving past the Theranos headquarters and thinking: That building is way too nice for an early stage start-up.

I had been following the company, and several of its competitors, for years. The promise of advanced health diagnostics from a single drop of blood was too attractive to ignore.

After all, being able to see and predict diseases or warning signs well in advance of symptom onset is the vision of predictive medicine.

But the problem for Theranos was that its tech didn’t work. And the even bigger problem was that Theranos’ CEO, Elizabeth Holmes, lied about it.

On Friday, judge Edward Davila – a San Jose, California federal judge who oversaw Holmes’ trial – summed up his sentencing regarding Holmes’ prosecution succinctly: “Failure is normal. But failure by fraud is not OK.”

One of the important mindsets in Silicon Valley has been to “fail fast.” It’s the concept that ideas should be tested quickly to see if they work or not, and then iterated, improved, and built upon.

Failure isn’t faulted in Silicon Valley. In fact, in many cases, it’s celebrated. Not taking on enough risk is akin to not swinging for the fences as an early stage tech company. I feel the same way as an angel investor.

But defrauding investors is something else entirely. And in the healthcare space, this kind of failure can result in the loss of life for patients.

Judge Davila sentenced Holmes to 11.25 years in prison and three years of supervised release after she was convicted of four counts of fraud. Interestingly, the jury found Holmes not guilty of defrauding patients, as all four counts were related to defrauding investors.

The judge’s own calculation relating to his decision accounted for $384 million in investor losses. It’s not clear how he came up with that number, as almost $1 billion had been invested in Theranos through 2015.

The Department of Justice asked for 15 years – plus three years of supervised release – and an $804 million payment for restitution.

The case surrounding Theranos is one of the most incredible frauds of the last 20 years. Similar to the FTX debacle that’s unfolded, it was backed by incredibly sophisticated investors.

For example, Tim Draper – one of Silicon Valley’s most well-known venture capitalists – invested in several rounds of funding.

Carlos Slim, a business magnate who’s built an empire – and who is also Mexico’s richest person, with a net worth north of $85 billion – fell for Holmes’ trap as well. And Rupert Murdoch was another well-known billion who wrote Theranos a nine-figure check.

The list of people on Theranos’ board was even more astonishing:

How could all of these accomplished investors, businessmen, and dignitaries get it all so wrong?

Each of the board members received $150,000 a year for very little work, in addition to 500,000 shares in Theranos. Maybe they just didn’t care? The money was good, and the upside was even higher, as Theranos reached a $10 billion valuation before its fall.

But one thing always stood out to me: There wasn’t a single scientist or biotech executive on Theranos’ board. Needless to say, that’s very odd considering the business that Theranos was in.

The investors and board members should have known better. There were red flags everywhere, so it’s hard to feel bad for them. But the patients who were adversely affected, and the potential for what might have happened if the fraud hadn’t been discovered, is hard to forgive.

As investors, this is a very valuable lesson that we can learn from.

Before investing our money, we should always ask the following questions:

If the answer is “No” to any of those questions, it’s probably best to move on.

And in the case of a company like FTX – which had no board of directors at all after raising $2 billion of investor funds – we should run, not walk, for the door…

From semiconductors to supercomputers in 3 days…

Cerebras, a company regular readers know well, just built its own supercomputer called Andromeda. And it happens to now be one of most powerful supercomputers in the world.

Andromeda can perform at over an exaflop of computing power. That equates to one quintillion (1,000,000,000,000,000,000) floating-point operations per second (FLOPS). This is the very definition of bleeding edge.

For the sake of new readers, Cerebras is a semiconductor company. Its claim to fame is in producing the world’s largest semiconductor. Here it is: 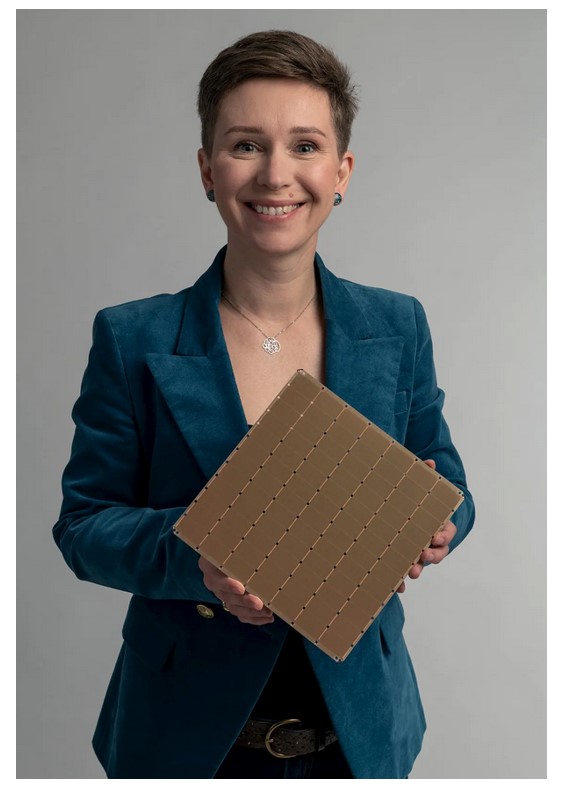 It seems fitting that this would be used in a supercomputer. And Cerebras incorporated over 18,000 of AMD’s central processing units (CPUs) in the supercomputer design as well.

But Cerebras took matters into its own hands with this. And here’s the thing: It built Andromeda in just three days. That’s it.

What’s more, the supercomputer only cost $30 million to build. That’s far cheaper than what supercomputers like Frontier at the Oak Ridge National Laboratory cost.

And Andromeda consists of just 16 racks of computing equipment. That’s not much. You could easily fit a system like that into most basements. And because the system is so compact, it’s far more efficient in terms of power consumption.

And because the capital requirements and operational expenses (like electricity) are low, a platform like this further democratizes the development of AI for just about any application.

With Andromeda, Cerebras can lease computing power to the private sector, or even to individual computer scientists. In fact, its technology is already available as a cloud-based service.

And that means this company has effectively democratized access to supercomputing. Anyone who wants to rent computing power from Andromeda could do so.

What’s more, any corporation could follow Cerebras’ model and create its own supercomputer. We could very well see an explosion of private, independent supercomputers in the years to come.

There are a lot of implications there. But the key is that this will result in the acceleration of training AIs around the world.

Cheap and openly available cloud-based services will transform the industry and result in major breakthroughs in the next couple of years.

The largest 3D-printed community in the world…

Lennar, one of the largest homebuilders in the U.S., is partnering with a tech company called ICON. The two are working to build an entire neighborhood of 3D-printed homes. This is just outside of Austin, Texas. 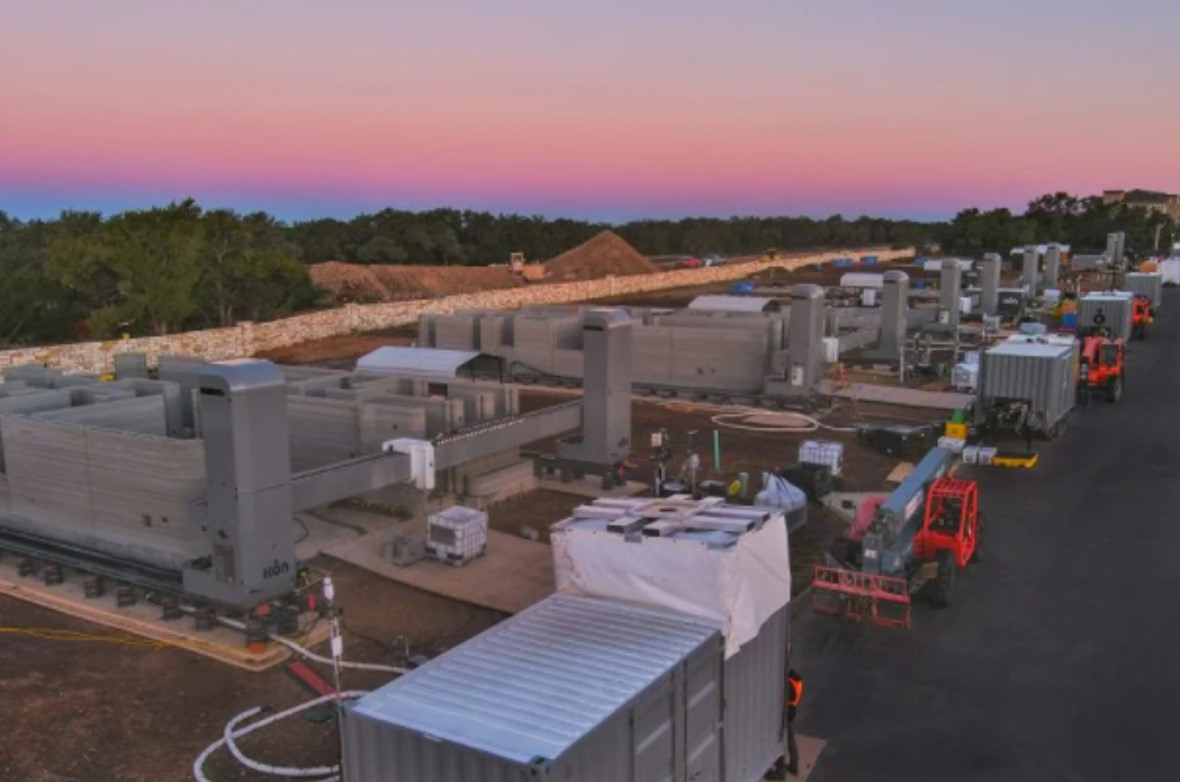 Here we can see the fleet of robotic systems working to 3D print each house. This is wild.

And the benefit here is that the foundation and the walls can be built up to three times faster compared to traditional building methods.

Plus, the building materials have properties that improve insulation. These homes will be more energy efficient. That’s especially important during the summer months in Texas.

These homes are each between 1,500 and 2,000 square feet. And they’re expected to sell for around $400,000 each. This is obviously targeting more of a traditional residential neighborhood market in a growing metropolitan area like Austin.

But this same technology can be used to develop smaller square-footage housing focused on affordability.

And with scale, the costs of manufacturing always decrease. This kind of additive manufacturing technology is a much-needed solution to metropolitan areas that have priced lower-income workers out of a market.

Odd timing for the X-37B to return to Earth…

Just a few days ago, Space Force’s X-37B space plane landed at the Kennedy Space Center in Florida. This was a record mission, returning to Earth after orbiting for 908 days.

But I have to say, the timing was odd.

The X-37B returned to Earth just two days before U.S. President Joe Biden and China President Xi Jinping were scheduled to meet at the G20 summit in Bali.

Regular readers may remember the X-37B. We last looked at the spacecraft about two years ago when the Space Force took responsibility for the X-37B program. Here’s a look: 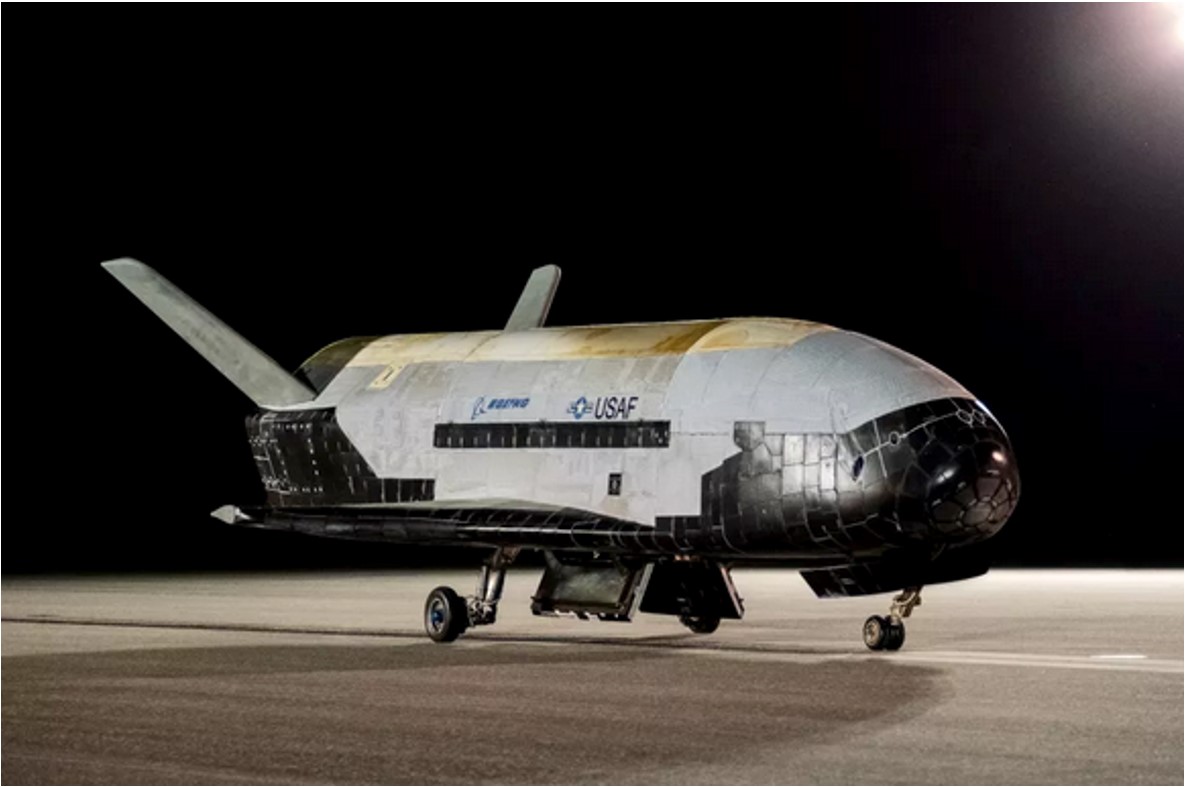 As we can see, this is an interesting spacecraft. It looks a lot like an old space shuttle – just a lot smaller and not designed to carry any astronauts. It has a sizable payload bay. However, that’s most likely used for experiments and surveillance.

What’s interesting is that the plane deploys its own solar panels when it’s in orbit. This enables the craft to power itself using solar energy. That conserves fuel and is important for extended missions.

All X-37B missions are classified, so we never know exactly what the spacecraft is being used for. But it’s widely understood that surveillance is one of its most valuable tasks. And there’s a reason for that.

Unlike most satellites, the X-37B has a propulsion system and enough room for fuel to alter its orbit. That means that the Space Force can relocate the X-37B and its surveillance capabilities in orbit at any time.

This is certainly a point of frustration for U.S. adversaries like China.

Unlike satellites that are easy to track – as they tend to be in the same place in orbit all the time and can even be jammed – the X-37B can be used to hop around and evade any tracking. China won’t know where it’s going to pop up next.

Given the increasing tensions between the two countries, it’s easy to understand why it probably made sense to return the X-37B prior to the meeting.

But there’s one thing I’m sure of: It won’t be long before the next X-37B is launched again.

It’s believed that Space Force and NASA have at least two of these experimental space craft. And I’m certain that their unique ability to reposition in orbit on demand is something that’s in high demand given the chaos in geopolitics we’re experiencing at the moment.