With the headlines consumed by election-related topics, new cases of COVID-19 and the “Armageddon” that we are told will come this winter, and, most recently, the developments toward approved vaccines and therapies, it is easy to overlook something else important to us all…

It is so easy to have a negative outlook given all of the reasons we’re told to be fearful each and every day. But I have great news – the economy is pumping.

The average daily number of job postings is now within 2% of pre-pandemic levels back in February.

We should remember that before COVID-19 hit the U.S., it was the best jobs market we had experienced in the last 50 years. We had record levels of unemployment across the board for every demographic. 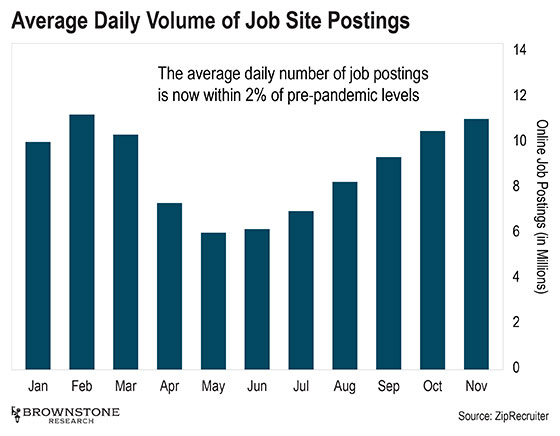 And it is coming back strong.

Just a few days ago, the October employment numbers were released for the U.S. The jobless rate fell a full percentage point down to 6.9%. In total, 12.1 million jobs have been recovered out of the 22 million that were lost this spring.

That leaves 9.9 million to go before the U.S. returns to record unemployment levels. And there are currently 10.8 million jobs listed online. That doesn’t even include jobs available but not posted on an online job site.

The work is there, and the demand for workers is strong. The U.S. economy continues to rebound with strength irrespective of what the headlines tell us.

With low interest rates, fiscal stimulus, a strong economic recovery, and a slew of approved vaccines and therapies on the way, it’s hard not to be optimistic about 2021.

The Hyperloop is coming…

We talked about Virgin Hyperloop last month. The company was founded in 2014 as Hyperloop Technologies, which was based on one of Elon Musk’s eccentric ideas.

Musk published a paper back in 2013 about an obscure technology that used aerodynamic aluminum capsules and magnetic levitation to transport passengers through a near-vacuum tube. They would be able to potentially travel at speeds as fast as airplanes with a fraction of the energy use.

He envisioned that this new method of transport would be in tubes raised off the ground or possibly in subterranean tunnels.

Of course, this sounded like just another one of Musk’s crazy ideas at the time.

But Virgin Hyperloop – then named Hyperloop Technologies – set out to make this crazy idea a reality. The company was renamed Virgin Hyperloop in 2017 when Virgin Galactic founder Richard Branson made a major investment in the company.

The test run took place at Virgin Hyperloop’s test facility outside Las Vegas. During the test, two people were transported in a capsule through a tube 500 meters long. The capsule hit top speeds at just over 100 miles per hour (mph). And then it came to safe a stop at the end of the tube. 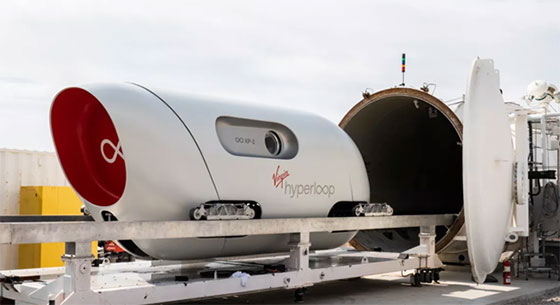 Not so crazy anymore.

And Virgin Hyperloop confirmed that the capsule could have gone much faster on a longer track. The only reason it kept it to 100 mph is that faster acceleration and deceleration on the 500 meter track would have been uncomfortable for the human passengers.

Of course, higher speeds wouldn’t be a problem in a hyperloop stretching hundreds of miles. In fact, this technology could achieve speeds of 600 mph or more.

That’s enough to make trips from Los Angeles to San Francisco (nearly 382 miles) in just half an hour or so.

What’s exciting to me is that this is now real. The technology works. Now it is only a matter of engineering to scale this up for longer runs. I can’t wait to see which cities have the foresight and discipline to start employing this new technology.

The world’s ground-based transportation systems, with the exception of Japan, are long overdue for a major upgrade.

We talked about the U.S. Air Force’s mysterious spacecraft called X-37B back in May.

The X-37B has been a secretive Air Force project for years. It has produced only two of these spacecraft thus far.

They are designed to stay up in Earth’s orbit for long periods. In fact, one of them orbited Earth for a full 780 days. And no one, outside of a small group with security clearance, knew what it was doing up there. 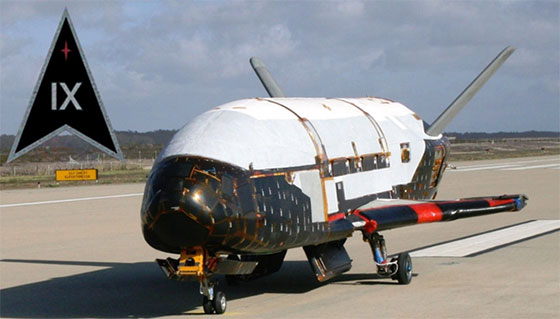 Well, it’s now official – the U.S. Space Force will take over responsibility for the X-37B. Its role is to help avoid space warfare.

This sounds a little strange. We wouldn’t expect much to be happening up in space in terms of warfare. Other than a bunch of satellites and the International Space Station, one would think there isn’t much else going on.

But apparently, it’s now well-known that both Russia and China have been working on anti-satellite technology. It seems that it has gotten to the point where this tech could destroy satellites from the ground – or from space.

And that’s where the X-37B comes in. Its job is to provide defensive capabilities in space and perhaps some reconnaissance as well.

After all, taking down the vital communications network of an adversary is certainly something that has been done before.

Clearly, there is some jockeying for position in space between the largest countries in the world. That’s not surprising given all the developments in satellite communications recently.

And the U.S.-based company SpaceX has been making incredible progress building out the largest satellite constellation in history… one that will eventually “blanket” the Earth..

Contrary to the freezing cold temperatures in orbit, things are heating up in space.

The rise and rise of Nuro…

We talked about Nuro back in February – just as the COVID-19 pandemic was kicking into gear.

Nuro is an early stage autonomous vehicle company founded by two ex-Google engineers. It has developed a small self-driving vehicle called the R2 for delivering packages and groceries.

To request a delivery from R2, customers use a smartphone app. The goods are loaded into the self-driving car at one location, and the R2 navigates to the customer.

The app then notifies the customer when the delivery is ready at the designated location, and it provides a code to access the goods. Once the customer enters the code on the touchscreen… boom. The delivery hatches pop open. 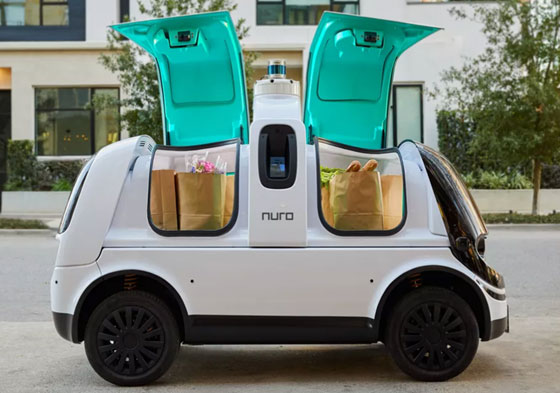 Fresh off a $940 million Series B venture capital (VC) round last year, Nuro just raised another $500 million in a Series C round. The company is now valued at $5 billion.

What’s telling here is that the company had plenty of cash on the books. It didn’t need to do another raise. But if we look at who invested in this new round, the picture becomes clearer.

Both T. Rowe Price and Fidelity were big investors in Nuro’s Series C round. Typically, we see these financial companies come in only when an early stage company is gearing up for an initial public offering (IPO).

Clearly, Nuro’s contactless delivery services are in high demand because of the COVID-19 pandemic. The company is leveraging this momentum to the fullest. And once people realize how convenient these kinds of services are, they won’t ever want to go back.

Nuro now has the capital it needs to commercially deploy its technology in multiple cities across the United States. We shouldn’t be surprised if we start to see these little R2 vehicles cruising around our neighborhoods in the next 12 months.

And I expect we’ll start to see Nuro ink some large strategic deals with grocery store chains. It’s the perfect post-pandemic offering. Nuro can provide a certain number of units to grocery stores, train the local staff, and set R2 loose around the country to deliver groceries.

This type of autonomous delivery service will be a big trend as we move into 2021 – as will self-driving cars in general. It’s going to be an exciting year.

And we can certainly look forward to Nuro’s upcoming IPO if it doesn’t get acquired sooner. I wouldn’t be surprised to see a company like Amazon step in and incorporate this kind of technology into its Whole Foods business for contactless delivery.