Over the last few weeks, it seems that each major pharmaceutical company is doing its best to one-up the others. While these companies are certainly acting in their own self-interest, it is still great to see the private sector at large making this kind of commitment.

Novartis stepped up to donate 20,000 doses of hydroxychloroquine, an antimalarial drug, to the University of Washington for a COVID-19 trial.

As a reminder, I wrote about recent research last week that indicated the combination of hydroxychloroquine and azithromycin (an antibiotic) can successfully combat COVID-19 in about five days. This is very encouraging, so we’ll be watching for trial results closely.

While azithromycin is generally widely available, chloroquine and hydroxychloroquine have been much harder to come by. Supplies are being tightly controlled.

Novartis has committed to donating up to 130 million doses for clinical studies and already started shipping 30 million doses to the U.S. Department of Health and Human Services.

In support of these efforts to conduct clinical trials with hydroxychloroquine, the U.S. Food and Drug Administration (FDA) issued an emergency authorization to use the drug for experimental COVID-19 treatments.

This was an extraordinary move by the FDA. The normal process typically takes years to get this approval.

What’s great about this development is that we’ll find out quickly, one way or another, if the drug is effective as a treatment for the virus.

Perhaps even better news is that Abbott released a new rapid test for COVID-19 that can deliver positive results in just five minutes. And negative results take only 13 minutes to determine. 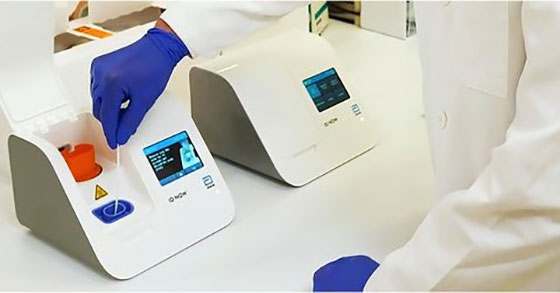 It’s a small table-top device that is simple to use. The design is for point-of-care facilities like doctors’ offices, emergency rooms, and urgent care clinics.

The FDA also provided emergency approval for Abbott’s device to be used for detecting COVID-19. Abbott will be able to deliver 50,000 of these tests per day starting this week.

This is on top of Abbott’s previous announcement that it plans to ship one million COVID-19 tests per week. These tests can be used in larger diagnostics systems for larger-scale health care facilities and testing laboratories. Abbott is on track to deliver millions of COVID-19 tests in April alone.

This is fantastic news, as it will lead to a flood of data. Now that the FDA has released its stranglehold on COVID-19 tests, there is an abundance of them.

I hope to see a trial that tests the general population so we can understand how many asymptomatic cases are out there.

Ford announced that it has purchased two pieces of real estate in downtown Austin, Texas, to support a self-driving car fleet. We can think of this as a driverless ride-hailing service.

One property will serve as the command center that monitors the fleet. And the other will be the service center that cleans and maintains the cars.

We wouldn’t think of Ford as being on the bleeding edge when it comes to self-driving cars. But Ford’s $1 billion investment in Argo AI back in February 2017 propelled the company in this direction.

Since then, Ford has been testing self-driving cars in Austin, Miami, and Washington, D.C. But unless we live in one of those cities and see one of these cars, we might not recognize the work that is being done.

If Ford didn’t think those tests were successful, I seriously doubt that it would be making these additional investments. Ford is obviously getting ready to scale up an official service.

This can’t be a decision that Ford is taking lightly. It is sitting on a crushing amount of debt – around $156 billion. And it will likely generate $500 million less free cash flow this year. This is not a healthy company.

Ford’s announced launch date may surprise us. The company said it will have the self-driving car fleet up and running in Austin next year. That’s not far away at all. Presumably, the company will expand into other cities from there.

So this is just more proof that self-driving cars will be here much faster than most of us think. To me, that’s incredibly exciting.

This is great news for riders and the technology companies powering the autonomous vehicle trend. But there will also be losers as the world transitions to self-driving cars.

One thing I have noticed is that car rental companies are getting left behind. Those companies would be perfectly suited to manage a self-driving fleet on behalf of companies like Ford.

But I haven’t seen any of them moving into the self-driving space. Why aren’t they cutting strategic deals with companies in the autonomous driving space?

Companies like Avis Budget Group (CAR) and Hertz (HTZ) could find themselves on the endangered species list if they don’t start restructuring themselves to accommodate self-driving cars and the new reality of reduced business travel.

These are not stocks we want to own in an age of self-driving cars unless they radically change their business strategy.

Google has had an amazing year already. We talked two weeks ago about its open-source release of Neural Tangents. That release made an advanced form of artificial intelligence (AI) called infinite-width neural networks available to anyone who wants to work with it.

And now, Google has released something called Seed RL. This is another form of AI called reinforcement learning. Seed RL is an open-source software framework that helps software engineers train AI models efficiently. It will further democratize access to advanced AI.

Up to this point, training a complex AI has been incredibly expensive. That’s because it requires tremendous amounts of computing power.

Companies would have to spend tens or even hundreds of thousands of dollars on cloud computing services to get the processing power they need.

And that has created a major barrier to entry. Big corporations can afford to train complex AIs. But most early stage companies cannot.

Using Google’s TensorFlow technology, which we talked about earlier this month, Seed RL distributes the AI training process across multiple high-speed computers. This allows the AIs to be trained 80 times faster. And it cuts the training cost by up to 80%.

This opens the door to early stage companies. Now any company in the world can develop AI using some of the best technology on the market today. That will rapidly accelerate breakthroughs in this space.

Of course, we may ask – why would Google do this? Why make such powerful AI technology open source and free to the world?

Here’s what it is really up to…

This is all about boosting its cloud computing business. Google was late to develop its cloud services business… putting it behind Amazon Web Services (AWS). And it is desperate to catch up.

Naturally, Seed RL is optimized to run on Google Cloud, which hosts Google’s TensorFlow. So any developer who wants to use it will need to buy cloud computing time through Google.

That’s the strategy behind Google’s series of releases this year of its AI software to the world. It is clear to me that it is making a big push to catch up.

The next biotech breakthrough is coming…

The Marine Biological Laboratory, which is affiliated with the University of Chicago, just made a big discovery in its RNA research. Researchers learned that squid can self-edit their RNA on a massive scale.

I’ll explain with a little background…

As I’m sure all readers know, DNA contains an organism’s genetic code. For its part, RNA controls how genes in the genetic code are expressed. This is a promising area of research in the biotechnology industry right now.

All organisms can self-edit their RNA to a small degree. That’s how we adapt to circumstances and environmental conditions. But for most organisms, RNA editing is minor. 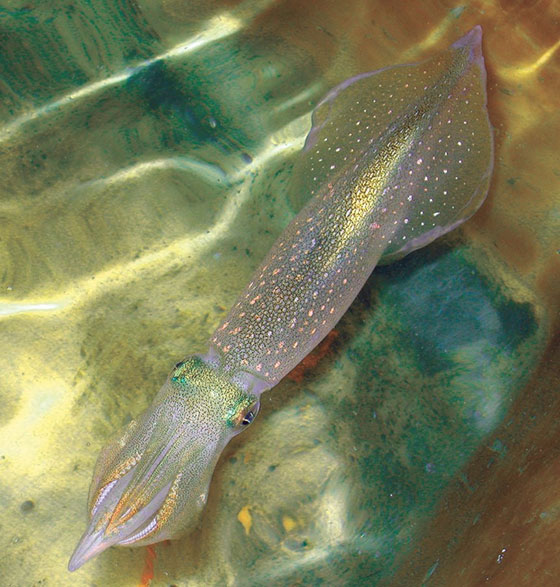 Squid are the exception. The Marine Biological Lab discovered that squid can self-edit about 60,000 brain cells. That’s compared to just a few hundred for humans.

And the squid can make these edits outside of a cell’s nucleus. This has interesting implications.

I know what we may be thinking. It’s a research paper on squid. Who cares? But this could have enormous implications for how we cure disease.

This will lead to an avalanche of new research into RNA editing. The biotech industry will jump all over this discovery. And that’s because RNA editing is actually safer than DNA editing.

With CRISPR genetic editing, we can edit the DNA inside a cell. But if we make a mistake, it is permanent. The only way to fix it is another edit.

On the other hand, RNA edits are temporary. The change will take place, and then the RNA therapy will dissipate. So if we don’t quite get the RNA editing therapy correct, it’s usually not a big deal. No permanent damage has been done. It will self-correct in a short time.

And the fact that the RNA editing takes place outside of the nucleus means that the therapeutic delivery can be made closer to the target area.

RNA editing holds the key to curing Lou Gehrig’s disease. In fact, the disease itself is a result of irregular RNA self-editing. So the more we learn about how that process works, the faster we’ll get on track for a cure.

And if we can learn how squid self-edit 60,000 brain cells, we may see all kinds of interesting therapies designed to optimize the human body for specific conditions or functions. It will be fascinating to see what comes from this.

Often the research that seems obscure at the surface provides the biggest breakthroughs in science.