With all of the chaos that is being fostered, fomented, and permitted here on Earth these days, it was easy to miss a pretty radical event in Earth’s orbit a couple of weeks ago.

Russia’s Nauka Module Docked to ISS (on the Left) 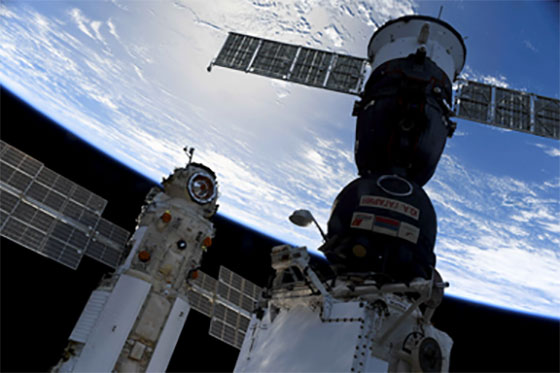 There was one major problem, however…

After the docking took place, thrusters on the Nauka started firing. And the astronauts couldn’t stop them. The ISS started spinning, literally.

Needless to say, this wasn’t a good thing. Considering the size and scale of the ISS – with all of its delicate life support systems and things like solar panels providing the power to keep those systems working properly – subjecting it to unplanned stresses was not desirable.

And the solution caused even more stress to the spacecraft. Since the astronauts couldn’t shut down the thrusters of Nauka, they had to fire other thrusters to offset the force and stop the ISS from spinning.

In all, the ISS spun 540 degrees, essentially tumbling through space while in orbit. While the spin wasn’t that fast or uncomfortable for the astronauts, things could have ended badly had they not been able to get the situation under control.

And that happened because Nauka basically ran out of propellant. Its thrusters continued to fire until they ran out of gas. When that happened, it was pretty straightforward to reorient the ISS and return the station to the correct altitude.

An event like this helps put things in perspective. If we think we’re having a bad day down here on Earth, imagine what it would feel like on the ISS when things go wrong.

Elon Musk is at it again, extending his reach. Only this time, I’m not referring to Tesla, SpaceX, or the Boring Company…

Instead, Neuralink, his company working on a brain-computer interface (BCI), has caught my eye once more. For newer readers, Neuralink’s BCI technology connects a computer to the user’s brain using a wireless interface.

Readers might remember the last time we mentioned Neuralink… It allowed a monkey to play the old tennis-like arcade game Pong with its mind. There were no wires attached to the monkey or the computer. It was a huge milestone for the technology and the company, which was last valued at half a billion dollars in 2019.

This time, Neuralink has made headlines with the announcement that it took in $205 million in its recent Series C investment round. It’s now valued at $2 billion – officially reaching unicorn status.

This is evidence of the incredible progress the company has made in such a short amount of time. The company has realized a 4x increase in its valuation.

What I like here is a lot of smart investors are taking part: DFJ Growth, Founders Fund, Fred Ehrsam (cofounder of Coinbase), Google Ventures, and Sam Altman of OpenAI and former president of YCombinator. These are all very smart investors with a keen interest in next-generation computing systems.

This is an indication Musk is on to something big.

Just six months prior to the monkey demonstration, we wrote about Neuralink showing how its technology could measure neuron activity in a pig’s brain. Yet despite Musk’s rapid iteration, the neuroscience community scoffed at these developments.

Ultimately, I think those comments will prove to be foolish.

Musk and Neuralink already expect to begin human trials this year to help those suffering from neurological conditions with the BCI.

This is an incredible pace of development in about 24 months. And Musk won’t stop there.

The goal is to enable quadriplegics to use a smartphone or computer with just their minds – and to do it faster than somebody using their fingers.

$205 million is a lot of capital to get there. It will be exciting to watch. And a recent precedent was set by Synchron, another biotech firm, which received a green light from the Food and Drug Administration (FDA) to do human trials with its own BCI this year. I expect Neuralink will be able to do the same.

I expect it to produce even more extraordinary results in the coming months. And we can be thankful that Musk doesn’t “stick to his knitting.”

As an outsider, he continues to break into industries with a radically different approach, resulting in extraordinary products. And this ultimately stimulates even more economic development and technological progress.

Last month, we wrote about NCR, which had just made a deal with NYDIG to enable crypto purchases and transactions for its members. And today we’re following up with another interesting development…

As a reminder, the 137-year-old company’s name stands for “National Cash Register,” and it provides financial services to credit unions and smaller banks with an estimated 24 million customers. It also provides point-of-sale terminals, ATMs, and other financial services.

And the latest news is that NCR just got its hands on bitcoin ATMs.

Early this month, the company signed an agreement to acquire LibertyX, a company operating over 10,000 bitcoin ATMs in the U.S., for an undisclosed amount. 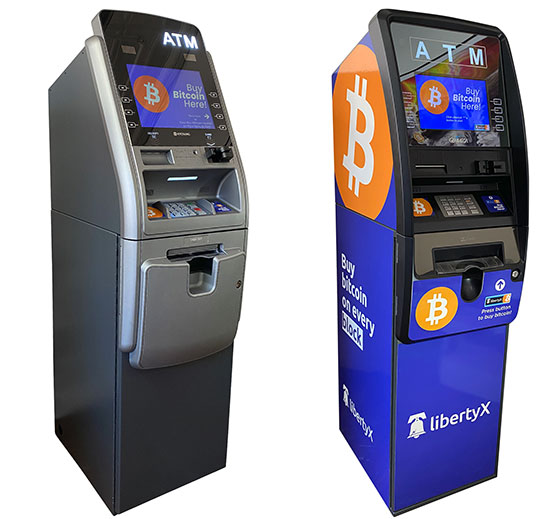 Obviously, the company is very bullish in the long run about cryptocurrencies. And it has a broader strategic play in mind when it comes to the industry.

And the market responded favorably, with the stock jumping about 10% on the news.

But I have some reservations here…

This is an unexpected deal for NCR. And it makes me wonder about the direction the company is going…

First, NCR allowed purchases of cryptocurrencies. It was an easy way to generate additional revenue and enable a new service for its banking customers. But now it’s focusing on hardware solutions (ATMs) through this acquisition.

Hardware items like ATMs represent a more expensive way to gain exposure to the cryptocurrency market.

And this requires up-front costs, rent payments, insurance for the machines, and regular maintenance… Not to mention much of the world uses software that runs on smartphones for cryptocurrency purchases. So for a nearly $6 billion company, it’s not adding much to the bottom line.

And NCR is a traditional company already operating on very tight margins. When I hear it’s gone out and bought a company in one of the hottest industries, it seems rather odd. So I’m curious to see how this plays out.

The company’s value and valuation have been driven up by the news, of course. They’re likely more than what was justified by the acquisition. Part of me expects to hear that NCR will take advantage of the boost in its valuation to restructure its debt.

Either way, I wouldn’t recommend NCR as a play on the crypto trend until we find out how much substance there is to the announcement and exactly what NCR’s strategy will be with regard to its newly acquired ATMs.

I’m going to be watching for strategy updates, raising and/or restructuring of debt, whether or not the company is breaking out its revenues and margins for the newly acquired businesses, and if it attempts to buy any other companies in the blockchain space.

Something doesn’t feel right here. These moves seem like an effort to distract the market from something else that is happening. But we’ll withhold judgement until we can have a more complete picture.

The electric vertical take-off and landing (eVTOL) space just experienced another milestone. This time it was Volocopter with a public flight demonstration.

To get readers up to speed, Volocopter is a well-funded, Germany-based company designing an aircraft that uses 18 different rotors. It has a wheel-like design to mount the blades above the craft. You can see for yourself in the video below.

We last spoke about Volocopter in March after the company announced it was going public via a special purpose acquisition corporation (SPAC).

Now it’s flying its design in public in the U.S.

The aircraft flew for about four minutes at 164 feet in the air, reaching speeds of 18 mph during an air show in Oshkosh, Wisconsin. The flight demonstrated how advanced the overall design was in terms of its readiness for air taxi service.

This is very exciting progress for a company I see as a close competitor to Joby. You might remember just last week we mentioned Joby’s aircraft flew 150 miles on a single charge.

And similar to Joby, Volocopter has strong financial backing. It has raised over $375 million to date from some large global firms like BlackRock, Continental, Tokyo Century, and DB Schenker.

The company will likely gain even more investors soon after such a major milestone. This next raise will likely be massive, as the company will use the funds to scale up for commercial services. It needs to gain all the appropriate licensing and regulatory approvals as well, which can be quite expensive.

One thing is certain. The way we define air travel will change soon. And we’ll continue to track this major technology trend – and the companies I see leading these new multibillion-dollar advances – closely in my research services.

P.S. If you have any interest in the crypto or blockchain space, then I have an announcement you won’t want to miss.

I’m on the cusp of releasing my very first research service dedicated to the growing opportunities in blockchain technology. This is so much bigger than just bitcoin… In fact, I expect one day soon that blockchain tech will influence almost every aspect of our lives.

It’s like the early days of the internet. We used to call people on the landline… shop exclusively at brick-and-mortar retail stores… and store our files in physical cabinets. But the arrival of the internet revolutionized all of those spaces… and created billions for those who invested early.

That’s exactly the opportunity in front of us today. And on August 25, at 8 p.m. ET, I’ll tell you all about it at my Click for Crypto event. This will be a night to remember, so I’d encourage everyone to go right here to RVSP for free.