Things are heating up again with the U.S.-China trade negotiations…

Even more relevant is the possible requirement for Chinese companies trading on U.S. stock exchanges to have stricter disclosure requirements.

The implications would likely be the delisting of the majority of the 156 Chinese firms trading in the U.S. Many of these are technology companies. As a result, we saw quite a bit of volatility late last week in technology stocks – and, in particular, the communications sector (stocks linked to networking and wireless technology).

Over the weekend, the Trump administration, through the U.S. Treasury, sought to calm the markets by informing the press that “the administration is not contemplating blocking Chinese companies from listing shares on U.S. stock exchanges at this time.”

Critics had a field day, but surprisingly the press didn’t figure out the most obvious motivation. The “leak” of the potential restrictions and the calming statements from the Treasury were planned and intentional. With U.S.-China trade talks scheduled for October 10 and 11, the U.S. administration is simply positioning to its advantage in advance of the talks.

A positive outcome will be bullish for the tech sector.

I’ll keep following this story. But for now, let’s turn to our insights…

An update on the SpaceX Starship program…

SpaceX provided us with an update on its Starship program on Saturday evening.

As a reminder, Starship is the new spacecraft SpaceX designed to get people and cargo to the Moon… and then to Mars. This is a massive spaceship that is 164 feet tall and 30 feet wide. 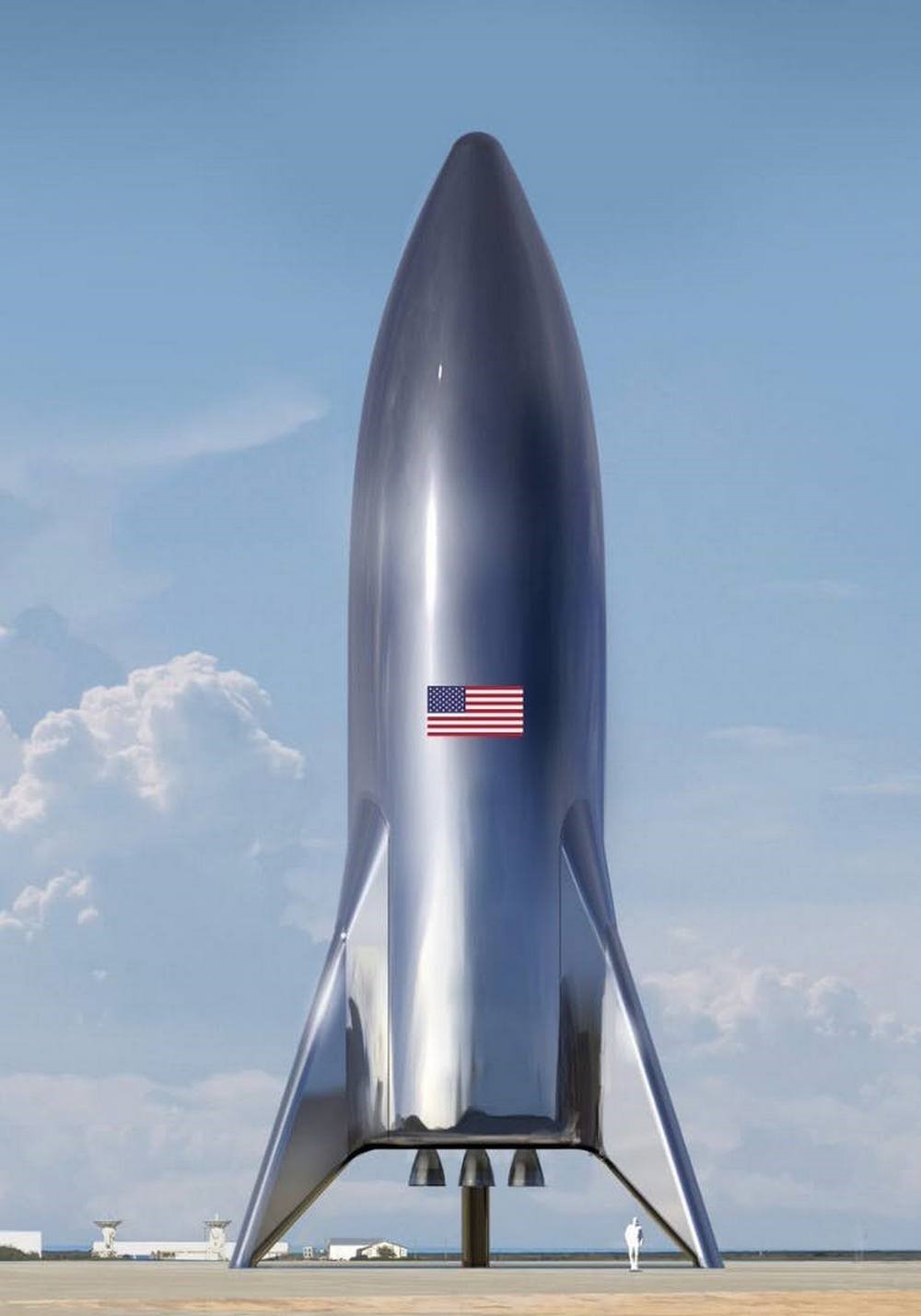 The advantage here is the cost. Stainless steel is effective, and it is cheaper than carbon fiber and ceramic tiles (which are what NASA used for a heat shield for its retired space shuttle program).

SpaceX also shared with us its creative idea for how to refuel the Starship in space. This is an important piece of the puzzle. After all, there aren’t many fuel stations between here and Mars.

To enable a trip to Mars, SpaceX plans to launch two Starships. The first Starship will carry people and cargo. The second will carry extra fuel as its cargo.

Once in orbit, the tail ends of each ship will dock with each other. Then the fuel ship will feed its extra propellant into the first Starship’s fuel tanks. This is a much simpler maneuver than docking with the International Space Station, which SpaceX has already mastered.

This method will provide enough fuel to get the Starship all the way to Mars. And that brings us to the last exciting item from SpaceX’s announcement…

SpaceX has a plan to get the first Starship into orbit within the next six months.

How incredible is that?

The technology appears to be ready. And from past tests, we know the heavy launch rocket is functional. We know the engine design is functional. SpaceX may very well put the first Starship in space in 2020.

This is an incredible feat for a private space company. Even if it takes 12 months instead of six, this is still an amazing story. What we are talking about here is a renaissance in space technology and space exploration in general.

Our mission with The Bleeding Edge is to keep readers on the front lines of technological progress. Whenever I spot a story like this that is on the cusp of changing our world in a meaningful way, I pass it along.

We’ll be watching this very closely over the coming months.

AI is coming to the medical field…

A systematic review of 82 articles detailing the application of artificial intelligence (AI) in medicine was just published. And the results are compelling…

When it comes to diagnosing patients, AI is slightly better than licensed physicians. In the cases studied, the AIs correctly identified diseases 87% of the time. The physicians got it right 86% of the time.

And when it came to identifying healthy medical images – X-rays and MRIs – the AI made the correct choice 93% of the time. Physicians got it right 91% of the time.

So the numbers are close… but they are clear. AIs are now slightly better than human doctors at diagnosis. And think about this…

It’s only 2019. The AIs are only going to get smarter and more accurate. Meanwhile, we humans will remain more or less the same.

Here’s what this means for us…

According to a 2015 study from the Institute of Medicine, most Americans will get an incorrect diagnosis from a human physician at least once in their lives. Obviously, this can lead to unnecessary pain or even death.

But by supplementing human physicians with AI, the quality of health care for everyone will get better.

That’s true for developed countries, and it is especially true in developing markets where licensed physicians are scarce.

And get this… The FDA has already approved more than 30 specific AI algorithms for use in health care. I find that surprising. This technology is already more widely used than most realize.

Thanks to AI, we may never have to seek a second opinion again.

As I mentioned last week, I had the privilege of sitting on a panel with Doug Casey at our second annual Legacy Investment Summit out in Carlsbad, California. One of the things Doug and I talked about was one of the best science fiction books of all time… Neal Stephenson’s The Diamond Age.

Jeff and Doug at the Summit 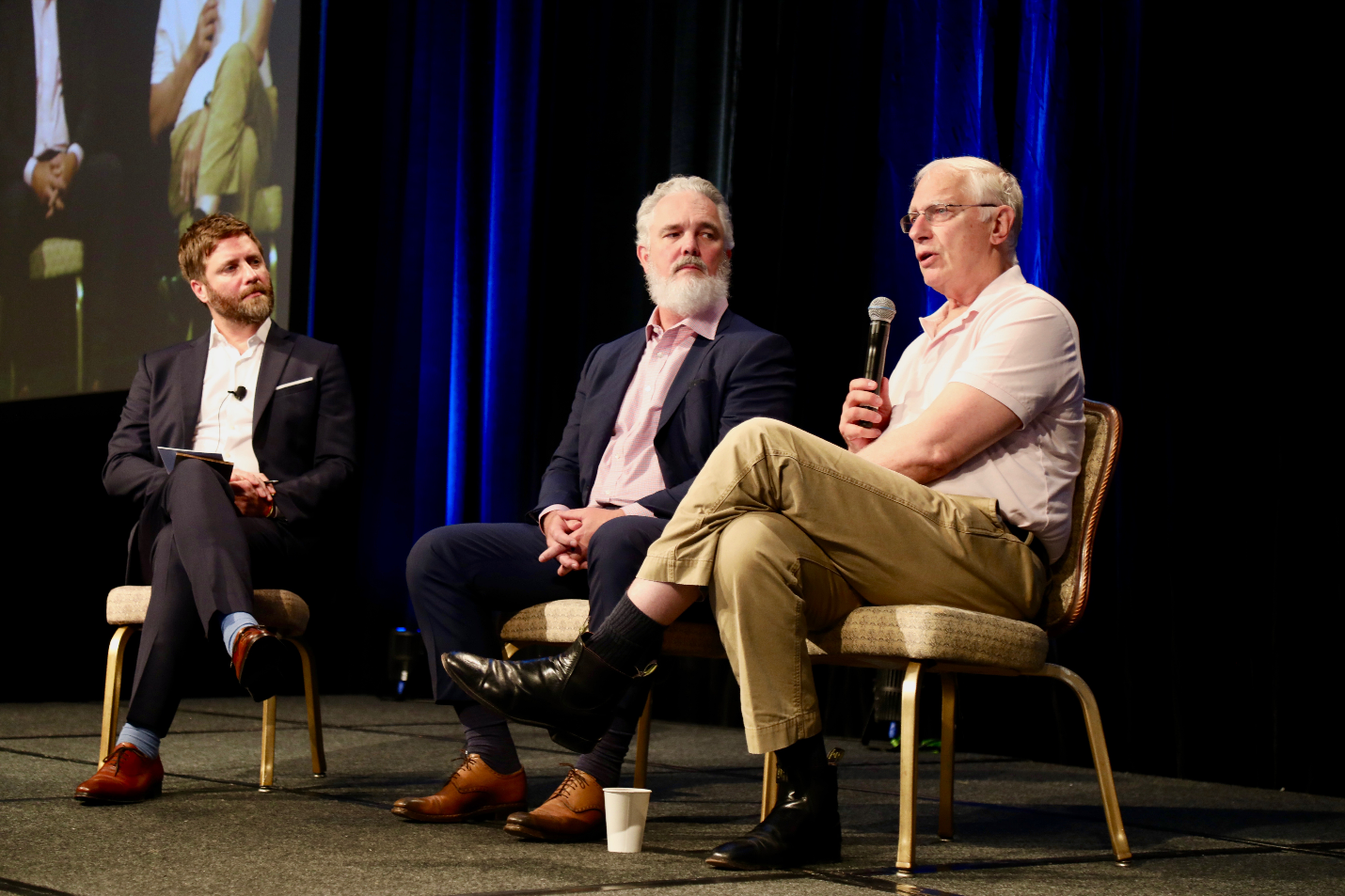 The book saw a future where nanotechnology had become pervasive throughout the world. And it also foresaw a societal change through the rise of “phyles.”

Phyles are groups of people with common interests banding together to form a decentralized network. They are similar to mutual aid networks, except they have a wider scope. Members contribute time and effort to the cause as they see fit. There is no central plan for what people are supposed to do.

Well, one of the points I made on the panel is that this is happening in the blockchain industry right now.

We’ve written about the term DAO before. It stands for “decentralized autonomous organization.” A DAO works like this…

A group of software developers collaborates on a blockchain project, and these developers receive digital tokens as payment for their work. Once the project goes live, anyone who wants to use it must buy the tokens first. And, of course, the more people who buy the product, the more valuable its digital tokens become. That’s how the workers are compensated.

So it’s a decentralized model that only works well if everybody is pulling in the same direction. And we are seeing more and more DAOs pop up in the blockchain space. They function very much like Stephenson’s phyles.

One example just popped up on my radar…

This is the future. In a digital world, where building products can be done through software, there doesn’t have to be a headquarters. It may feel uncomfortable to imagine an organization like this. It is certainly not traditional.

But it is a perfect example of rapid innovation through crowdsourcing the best and brightest that have common interests. We will see more and more DAOs, or phyles, popping up to deliver products and services based on software.

And eventually, we may even see this organizational structure creep into hardware and physical products as well. That would create a viable alternative to the top-down corporate structure we know today.

It may be hard to imagine a working world without bosses, board members, or CEOs. But for those of us who have experienced what that can be like… That might not be a bad thing at all.