A problem for bitcoin adoption?

What concerns me is the growth of the blockchain records (i.e., the storage space). At least with bitcoin, every file holding the transaction records at each mining node has all transactions from the very first famous one by Satoshi, and I presume each must be growing at a nearly exponential manner (or worse?). In a regular database, say even if Walmart wanted to keep its transaction records since its founding, it would not need to keep them all in a single file (so it could keep, say, everything beyond the last five years or so in tertiary or slower storage).

And this is still with a relatively small number of users. If blockchains become commonplace, exponential storage growth will only be exacerbated. Is this a problem, or am I mistaken?

Very logical question, Joe. This type of thinking is important when analyzing the potential adoption of new technology…

Fortunately, blockchain technology is very efficient – not only in performance but also in how much storage is required to run a full node (which stores the entire bitcoin blockchain).

As of July 4 this year, the entire bitcoin blockchain ledger was a mere 266.36 gigabytes (GB). That’s it. I just took a quick look on Amazon, and we can purchase a 500 GB hard drive for just $22. And that would give us about twice as much storage as the bitcoin blockchain requires.

Next up is another great question about one of my favorite private companies, SpaceX and a very interesting project it’s undertaking…

Jeff, how does Starlink (or other comparable low earth orbit satellite constellations) compare to 5G? Since SpaceX has now launched its first 60 satellites and if it keeps to schedule, won’t it be built out and available worldwide about the time 5G is more broadly available? Could you compare and contrast these two approaches to high-speed / low-latency internet?

For those of us who don’t know, Starlink is a project undertaken by SpaceX, Elon Musk’s space exploration company.

Back in May, SpaceX launched 60 internet communications satellites into orbit. The satellites are part of a project known as “Starlink.” The project hopes to “beam” high-speed internet service directly to consumers through these satellites.

This doesn’t come cheap. The estimated cost to build out the entire Starlink network could be as much as $30 billion. For comparison, SpaceX is currently generating about $3 billion in revenue (not profit) a year from its launch services.

Starlink Satellites Being Deployed From Orbit 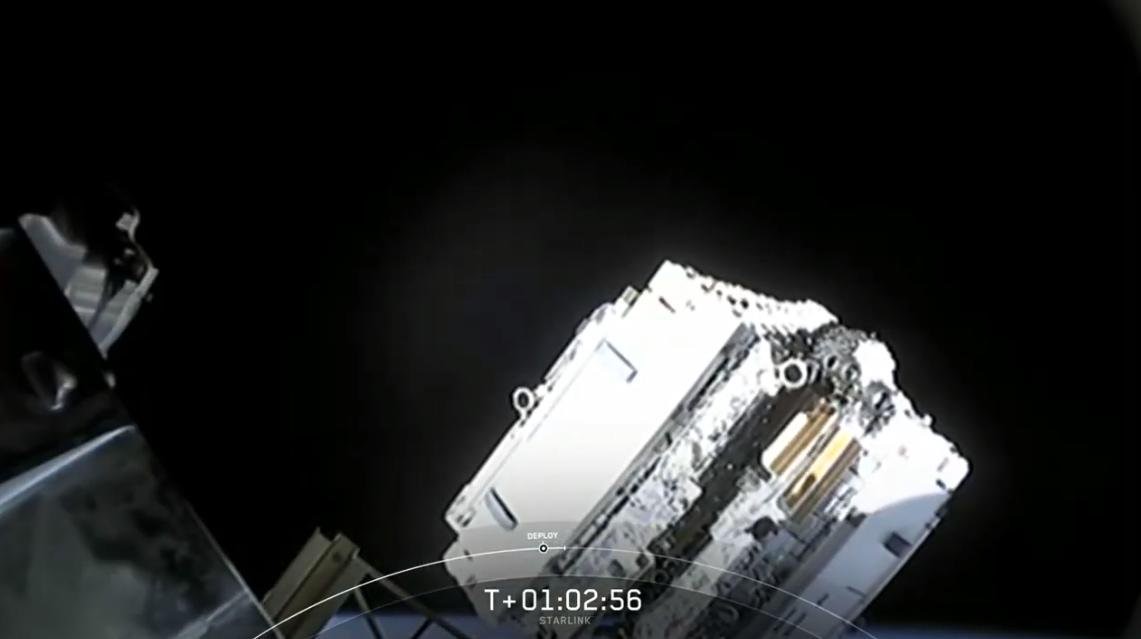 The problem isn’t with the technology but with the economics.

The consumer’s experience using a satellite internet service like Starlink will always be inferior to the experience accessing internet over 5G, through a CATV service provider, or over fiber through a telecommunications company like Verizon or AT&T.

When we use a satellite internet service, latency can be a half a second or more. It might not sound like much, but the delays can be significant. And consumers will never get 100 megabits per second to the home over a satellite service. Streaming video to a television, for example, would be quite difficult.

And with 5G wireless networks coming online, there will be additional high-speed broadband competition in the market for fixed internet service. This will make prices more competitive than they are today.

SpaceX’s Starlink is an interesting project. And I’ll be tracking it closely.

But SpaceX’s Starlink project won’t threaten the rollout of the 5G wireless networks. Nor will it cause internet subscribers to land-based services to switch to satellite internet. Anyone who has access to fiber, CATV, or 5G internet service providers will stay well “grounded.”

And lastly, a great question about a relatively new SEC regulation.

Jeff, I wanted to ask about the SEC’s new rule that allows small investors to put funds in private companies before going public. With your experience, would you entertain recommending some of these private companies?

Thanks for writing in, Jeff. Just for context, the SEC rule that lets nonaccredited investors invest in private deals can be found in the 2012 JOBS Act. Typically, the types of raises that accept everyday investors are “Reg A+” and “Reg CF” deals. “CF” stands for “crowdfunding.”

Capital formation around private tech companies has been an area of intense focus for me. I’ve published extensive research on it to readers of my investing service Exponential Tech Investor.

You see, how technology companies raise funding changed dramatically over the last 20 years. And hardly anybody has noticed it…

Early-stage technology companies have had nearly unlimited access to a flood of private capital. Take a look at the chart below, and you’ll see what I mean. 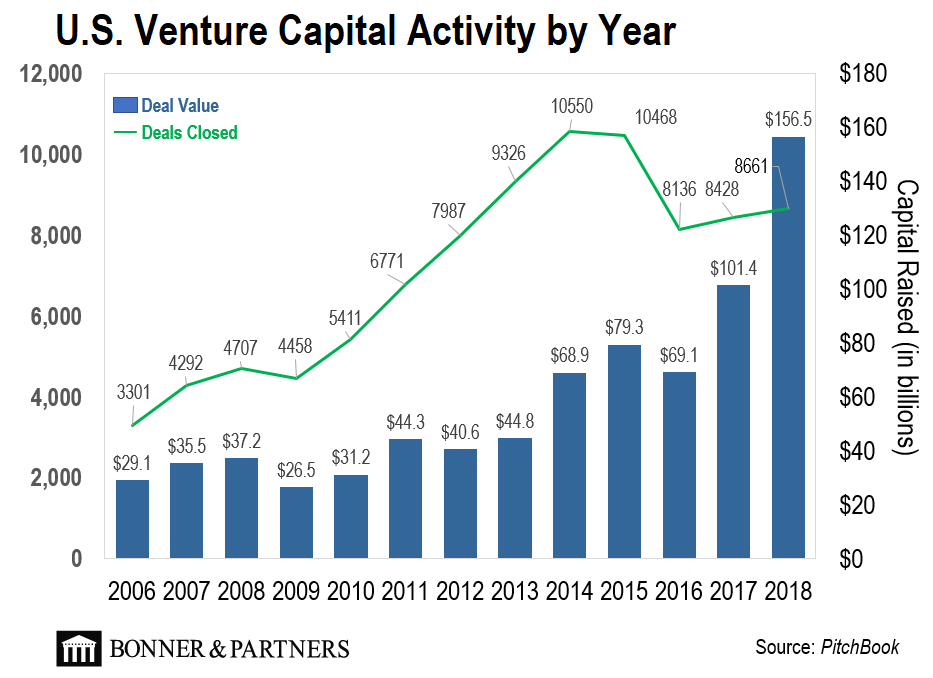 In the ’90s and 2000s, it was common to go public if a company was generating $50 million a year in revenue and breaking even on cash flow. But with this much private capital available, technology companies have chosen to remain private for as long as possible.

Reg A+ and CF raises are interesting. It’s true that they give nonaccredited investors access to early-stage companies. And while it is rare, there can sometimes be interesting investment opportunities with Reg A+ and CF deals.

But the truth is that most promising tech companies don’t need to raise money from nonaccredited investors. Like I said, the best early-stage tech companies have nearly unlimited access to venture capital. That’s why I typically avoid these types of deals.

The time frames are also very different; it can be 8–10 years before investors might see a return from an investment like this. On top of that, there just aren’t enough high-quality deals available to be able to produce consistent, high-quality investment research focused on Reg A+ and Reg CF investment opportunities. And to cap things off, a Reg CF deal has a maximum of $1.07 million available to raise in any 12 month period. That’s really not very much.

For nearly five years, I have been quietly working on a special project that I’ve been passionate about. Currently, the regulations in the U.S. do not permit unaccredited investors to invest in high-quality early-stage private companies. This is really a shame.

So I’ve been developing a way for normal investors to get exposure to high-tech companies that are basically pre-revenue and still have explosive growth in front of them. And I want them to have that opportunity without having to invest in Reg A+ deals or trying to get access to pre-IPO shares.

And I believe I’ve found it…

It wasn’t easy. Like I said, it took me about five years to develop this system. But for investors who want exposure to developmental-stage technology companies (when the investment potential is highest), this is it.

I’m holding a free investing summit on July 24 to give you all the details. I truly hope all the readers of The Bleeding Edge can attend. You can learn more here.