Google just got clearance from the Federal Aviation Administration (FAA) to deliver packages by drone.

These delivery drones are larger versions of what you might have seen kids, or even adults, playing around with in your local park – usually, a flying electronic device with four rotors that can be controlled with a joystick-like device.

Delivery drones have the ability to carry a package, and also fly autonomously to the delivery location, and return to its point of origin.

Google plans to begin drone deliveries in two rural Virginia communities this year and expand to other areas from there. This comes on the back of approval to operate a similar service in Australia and plans to also launch the service in parts of Europe, this year.

So what’s Google really up to here? Logistics? A delivery service?

If we asked Google, it would tell us that its delivery drones are powered by electricity, are therefore good for the environment, and will make the world a better place. But nothing could be further from the truth.

Google has a massive problem in search, now. More than half of all consumers go to Amazon first, when they are searching for a product. This is bad for Google’s advertising business.

When consumers go to Amazon to search and buy products, Google isn’t collecting data on them that it can sell to advertisers. Only Amazon benefits… Google doesn’t know what we buy from Amazon.

Google is developing this delivery service so it can insert itself into the purchasing and delivery process. If it is delivering packages, it will be able to collect behavioral data about the purchasers, which is what it needs to generate advertising revenues.

And Amazon knows what Google has been trying to do… which is why it, too, has been working on Amazon Prime Air, now Amazon Air. Amazon Air is Amazon’s version of Google’s service, and I expect Amazon will have FAA approval within this year, as well.

It is going to be a great service. Delivery times in less than an hour will be possible. Consumers will receive a message on their smartphones that a package has arrived. It will be waiting at their front door or in their backyard for them to pick up. Incredible convenience.

Big news came out of Tesla’s Autonomy Investor Day, last week… Its self-driving, ride-sharing network will be live by next year.

Tesla’s network will work exactly like Uber and Lyft – users press a button on their phone to hail a taxi. The difference is, Tesla’s network will be autonomous. A fleet of self-driving Teslas will pick users up when they request a ride. CEO Elon Musk referred to them as “robotaxis.”

This is huge news. 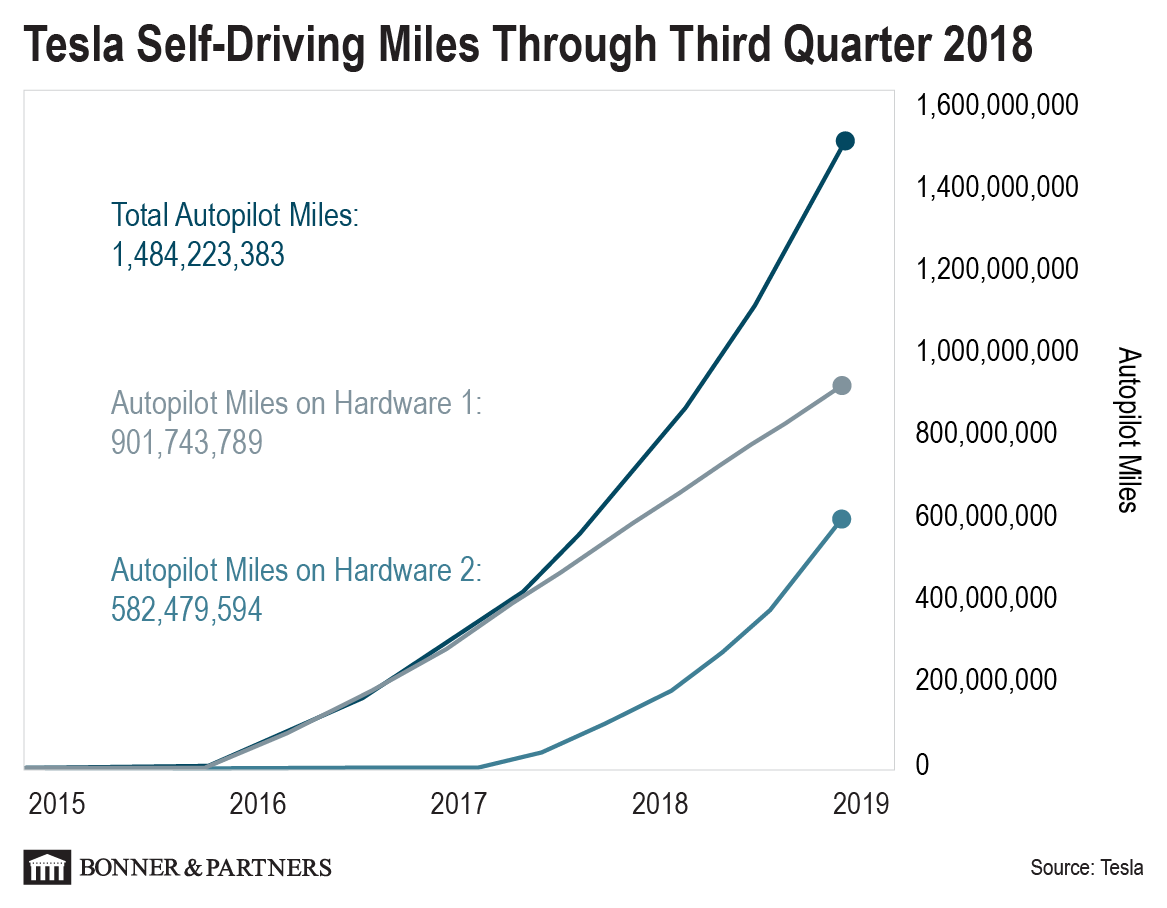 And what’s exciting about Tesla’s robotaxi network is that Tesla owners can opt in. When they aren’t using their car, it can join the fleet and make money by giving out rides. So, instead of sitting in a garage or parking lot, cars can generate revenue for their owners.

As the network grows, Tesla owners will be able to cover their car payments just by opting in to the fleet. And Tesla expects 1 million cars on the network by the end of next year.

This changes the whole concept of buying a car. If the choice is between a car that makes money and one that doesn’t, which do you think most people will choose?

Cryptocurrencies are about to go mainstream…

Brokerage firm TD Ameritrade just announced that it will enable customers to buy cryptocurrencies and cryptocurrency futures contracts on its platform.

TD will also provide custodial services, so investors won’t need to learn about digital wallets… They can buy cryptocurrencies just like they buy stocks.

Not to be outdone, E-Trade announced last Friday that it will launch cryptocurrency trading, as well. E-Trade will start with the top cryptocurrencies, Bitcoin (BTC) and Ethereum (ETH), and it will add more cryptocurrencies later.

This is a gigantic step towards mainstream adoption.

This tells me that legacy financial institutions are starting to realize that cryptocurrency, as an asset class, is not going away.

They are realizing that the migration to blockchain technology and digital assets is inevitable… And they don’t want to be left behind by cryptocurrency giants like Coinbase, Abra, and Robinhood.

Eventually, all online brokerages will offer cryptocurrency trading. While we have seen a bear market in digital assets for the last 16 months or so, the industry continues to make significant progress on bringing these investments mainstream.