Google wants in your car…

Google just unveiled its Android Automotive operating system (OS). And it announced that the 2020 Volvo Polestar 2 will be the first car to run the platform.

Android Automotive will look like an iPad on the dashboard. It is where drivers can access all the car’s features: heating and cooling… music… mapping… GPS directions… and more.

In other words, Android Automotive is the user interface for the car. It’s the same model Tesla pioneered.

But Google has an ulterior motive…

Android Automotive on a Car’s Dashboard 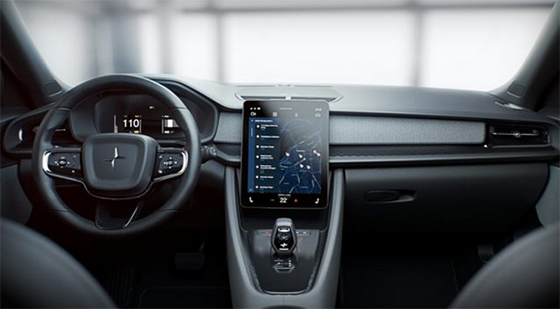 Google wants to change that… By getting in your car.

This behavioral data will help the company decide which digital ads to show you… And that’s the big picture for Android Automotive OS. This is really a precursor to Google’s self-driving initiatives.

When self-driving cars become prevalent in the next few years, people will have time to consume content in their car because they won’t be driving anymore. Google knows this… which is why it’s taking steps now to break into the automotive industry with the Android Automotive OS.

By engaging now, with this solution, it will put Google in a better position to sell its self-driving technology, which is currently under development at its Waymo subsidiary.

Rumors surrounding Facebook’s plan to launch its own cryptocurrency have been swirling for months now. But a new development just came out that tells me FacebookCoin is coming soon.

Last Thursday, it was announced that Facebook talked with Visa, Mastercard, and payment processor First Data about a potential partnership on FacebookCoin.

This tells me that Facebook has the technology for FacebookCoin ready for prime time. It would not approach these large financial institutions otherwise.

And this reveals part of Facebook’s strategy for its new cryptocurrency… It wants users to buy and sell FacebookCoin through traditional payment channels, rather than being limited to the normal cryptocurrency onramps like Coinbase or other popular exchanges.

That way, users won’t need to understand cryptocurrency technology or digital wallets. They can buy with their credit card… transact on Facebook, Instagram, or WhatsApp… and then cash out back to their bank account or, just simply, use a credit card.

As I’ve written in the past, Facebook is under immense regulatory scrutiny right now. The company knows it might have to make a major concession one day to prevent being broken up.

And what better way to appease regulators than to “share” the advertising profits with users. With a FacebookCoin, that task becomes as simple as depositing a few digital coins into users’ accounts.

That’s what this is about. This is how Facebook remains intact and stays one step ahead of the technologically illiterate lawmakers in Washington.

My prediction is that we’ll see Facebook’s digital currency launched within 2019.

Tesla (TSLA) is probably the most controversial stock on the market. I haven’t seen such a polarizing company in a long time… Probably since the dot-com days, 20 years ago.

Within my own publishing network, we have analysts who are split on Tesla. Some think the stock is doomed… And I think it’s going much higher. It’s also worth mentioning that I’m the only technologist in the group.

The topic of Tesla has even reached the Ivy League halls. I was on campus at Yale last week, for my continuing graduate studies, and many kept asking me about Tesla.

Specifically, they wanted to know why the stock jumped 9% in just two days.

My answer was simple: Tesla announced a $2.7 billion capital raise. According to Reuters, this is a record-setting raise.

The savvy executives pressed me on this. Typically, capital raises dilute existing shares and send the stock falling. That’s because, when companies issue new shares of stock, the existing shares become less valuable. Why was Tesla different?

The reasons are simple. Tesla didn’t need to raise any capital. It has $2 billion in cash, and it will generate free cash flow this year. It’s not hurting for money, but having some more, if there is demand, certainly won’t hurt.

What’s more, this was a mixed debt and equity offering. And the equity offering only makes up 41% of the total raise. That means the dilution will be less than expected.

Better yet, when we look at the bonds Tesla will issue, the interest rate will be between 1.5% and 2% annually. For comparison, the 10-year Treasury rate is around 2.5%.

Simply put, there’s no way Tesla could borrow money beneath the 10-year Treasury rate if investors did not see the company as a safe bet. If Tesla can raise debt on those terms, it would be foolish not to take the money right now.

Tesla originally planned to raise $2.3 billion but bumped it up to $2.7 billion because of overwhelming demand from investors. This was mostly unexpected, due to all of the irrational, negative press the company has been receiving. That would never have been possible if investors thought Tesla was in trouble.

The bottom line is this: Tesla is raising capital on favorable terms because of the company’s strength and expected growth. And shareholders will reap the benefits of this as Tesla continues to execute towards its vision.