Before I get to today’s issue of The Bleeding Edge, I want to share some exciting news with you. I’d like to invite you to be my guest for the second annual Legacy Investment Summit in Southern California, from September 23-25.

I truly enjoyed meeting subscribers in person last year, shaking your hands, and hearing how my research has helped you.

This year, you can look forward to a new presentation from me, plus a host of other analysts from Legacy Research.

And of course, there will be cocktail hours, meet and greets, and entertainment. I hope you can make it this year.

There is an early-bird discount running through May 31, so get the details right here.

Now, on to the issue…

Facebook is now taking pre-orders for its next-generation Oculus Rift S VR headset. This will pave the way to widescale adoption of VR technology. 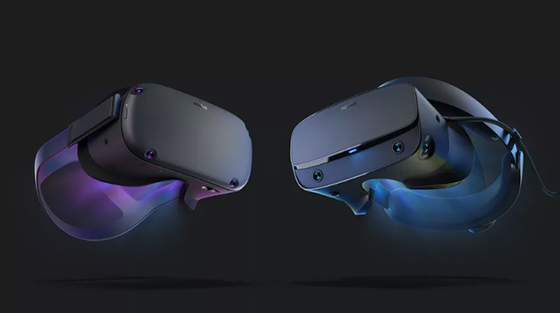 Facebook’s foray into VR started back in March 2014, when it bought Oculus VR for $2 billion. This was thought to be an insane price to pay for a VR gaming company at the time.

Now we are getting the next version, three years later. That’s a long time in the technology world.

But what’s exciting about the release of the new VR headset is that technology has advanced rapidly in that time. Semiconductors… graphics processing… lens technology… They have all improved greatly over the last three years.

That means the new Oculus will be much better. And consumers will get their first look at bleeding-edge virtual reality.

And it’s not just for gaming. There will be professional training applications… educational programs… and even medical applications on the platform.

What’s more, Facebook’s price point is great. The Oculus Rift S will sell for just under $400. That’s about what it costs to buy a new gaming console, like a PlayStation or Xbox.

So, the new Oculus will be affordable. And it will deliver a superior experience. That’s the recipe for widescale adoption.

Google just announced the next version of its artificial intelligence (AI) bot – Google Assistant. This is Google’s personal assistant that users access on their phone, laptop, or home speaker.

And the new version will do these things, and more, 10 times faster than the first.

Better yet, the new Google Assistant can run at the “edge” of the network. In other words, it doesn’t have to connect to Google’s network every time it gets a request. It can process requests itself.

AI will run independently on a device without needing to be connected to Google’s data centers in real time. AI will be able to process natural language, interpret, infer meaning, and take action. And because of this, digital assistants will be able to perform more complex tasks for you.

For example, Sunday is Mother’s Day. Imagine saying, “Google Assistant, please send flowers to my mother on Sunday. She likes roses. The budget is $70.” And then, the AI takes care of it… Just like that.

Or what if you can’t make your next dentist appointment?

“Google Assistant, please call the dentist and change my appointment to next week. Around noon is best.” And the AI takes care of it, placing an appointment on your phone’s calendar.

That’s where this is going. Personal AI assistants are going to perform all our tedious tasks for us…

Think of all the time and money you’ll save when your AI assistant can handle your insurance claims… file your taxes… and manage your calendar, all with a simple command.

Life is about to get much easier with AI…

Verve Therapeutics is a newly formed company that wants to use CRISPR genetic editing technology to cure heart disease.

As regular readers know, I have been excited about CRISPR technology for more than three years now. Simply put, CRISPR is used to “edit” genetic mutations that cause disease and replace them with healthy DNA. I’m not kidding when I say this technology will eradicate all human disease caused by genetic mutations.

Here’s what caught my eye about Verve Therapeutics: It’s backed by a famous cardiologist who identified the genes associated with heart disease. And the company thinks it can stop heart disease, before it happens, with one-time treatments.

To this end, Verve raised $58.5 million in venture capital (VC), in a deal that closed this week.

This is a great raise for an early-stage company. But what really caught my attention was who was leading the capital raise… It was Google Ventures, which is Google’s venture capital arm.

This is interesting because Google Ventures does not typically lead VC rounds… It usually follows leading VC firms.

Why the sudden interest in a genetic editing company?

As we know, Google wants to have as much data on consumers as possible… And what could be more insightful than genetic data?

Nothing impacts the human condition more than genetics. Google sees this as a major opportunity to boost revenues by advertising personalized health treatments.

Imagine Google goes and maps your genome and sees that you are susceptible to early-onset Alzheimer’s. It could then market specialized treatments directly to you. What about heart disease? Or cancer?

Some of us might not be comfortable with handing over our genetic makeup – our DNA blueprint – to a company like Google. I know it certainly gives me pause.

But make no mistake. This is Google’s true goal.

And it’s coming faster than most think.