This week, I’m going to share some striking data and research that may surprise readers.

For some, it might seem unbelievable. Some readers may even be angry or frustrated.

It will make all of us question what the heck is going on.

But we’ll be better informed for it.

A few days ago, a professor of medicine, epidemiology and population health, and biomedical data science at Stanford University School of Medicine – who is also codirector of the Meta-Research Innovation Center at Stanford (METRICS) – released some new preprint research.

The research focused on determining the actual infection fatality rate of COVID-19 by using the most recent seroprevalence data. As a reminder, seroprevalence identifies how many people have actually had COVID-19, including those with no symptoms.

The researcher narrowed down 36 separate peer-reviewed papers with data from around the world on the results of serological testing. Here is what he found.

Seroprevalence estimates ranged from 0.222% to 47%. These numbers mean that as much as 47% of a regional population could have already had the virus. It is a wide range. Areas like the New York City metropolitan area are perfect examples of where COVID-19 spread has been on the high end of the range.

Infection fatality rates ranged from 0.00% to 1.31%, with the median infection fatality rate at 0.24%. We should remember, these numbers are on a global basis. Developed countries with strong health care systems are toward the very low end of the range. And for comparison, a typical seasonal influenza fatality rate is around 0.1% in the U.S.

And among people younger than 70 years old, infection fatality rates ranged from 0.00% to 0.57% with a median value of 0.04%. Again, developed countries with strong health care will have rates lower than the median value.

To put things in perspective, I’ll share an interesting quote regarding the research. Dr. Scott Atlas, a senior fellow from Stanford, pretty much summed up the results perfectly:

… For younger, healthier people, there’s not a high risk from this disease at all.

To summarize another way, for those who are healthy and under 70, the research suggests we have a 99.96% survival rate and are likely more at risk of becoming severely ill from seasonal influenza.

I scoured the media for coverage of this research, and it was nowhere. It is remarkably good news based on actual test results from around the world. But nothing at all.

And what was on the front page of CNN this morning? A headline about experts saying the nation needs to shut down again.

This robot is the perfect lab assistant…

We are going to kick off the week by talking about robots again.

The University of Liverpool has developed a robot to act as a pharmaceutical lab assistant. The robot is not yet fully autonomous. It utilizes a robotic arm developed by German robotics company Kuka. 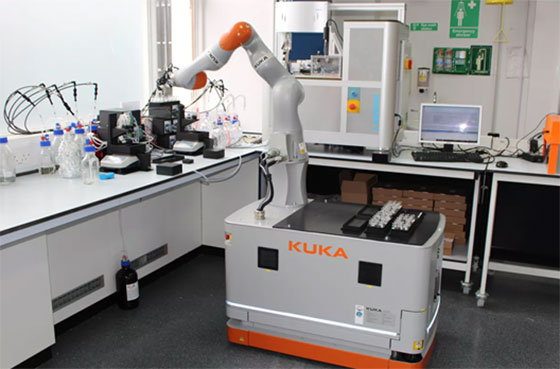 Scientists programmed the robot to do tedious lab work that human lab assistants have done for years. Except the robot can perform these tasks 1,000 times faster than humans.

The robot is also equipped with lidar, which allows the robot to “see” the objects around it. This is the same technology that some self-driving cars use to produce a 3D image of their surroundings.

Lidar allows the robot to work in the dark. Here it is in action:

The Robot Arm in Action

Now, I need to dispel a big misconception. Robots like this are not designed to replace humans. Instead, robots will “augment” human specialists. And more importantly, it will allow humans to pursue lines of research and analysis that otherwise wouldn’t be done.

Today, scientists have to choose a shortlist of projects to work on because time is limited. It is impossible for them to explore every possible option, compound, or reaction because it would simply take too much time. Technology like this solves that problem.

And that means these robot assistants are going to create opportunities, spur new inventions, and help us solve problems that we could not solve without them. They’ll help us discover things that we might have missed because we didn’t widen our scope enough.

Robots will help us discover new therapeutic approaches to cure disease, develop new vaccines, and perhaps even find a new way to produce hydrogen as fuel for our cars. I can’t wait to see what discoveries come from human, robot, and artificial intelligence collaborations.

And that means robots will ultimately create jobs and opportunities.

As I have said before, the future is much brighter than most people realize. I know that might be hard to believe today. But thanks in part to technology like this, I foresee a future of abundance, a new “golden age” of prosperity.

The world’s most complex semiconductor will power AI…

Back in May, NVIDIA unveiled its A100 artificial intelligence (AI) semiconductor. It boasts 54 billion transistors on a single chip and the ability to run at five petaflops. That means it can do five quadrillion operations per second. It was the world’s largest processor… at the time.

Early stage company Graphcore just one-upped the A100. Graphcore announced its Colossus Mk2, which is now the world’s most complex semiconductor.

The Mk2 has more than 59.4 billion transistors on a single chip, making it larger than NVIDIA’s A100. And the Mk2 can be scaled up to run at 16 exaflops. That means it can power systems that do 16 quintillion operations per second.

This isn’t the type of semiconductor we have in our laptops and smartphones. It’s designed specifically for very large machine-learning models that run on supercomputers. In that context, it’s a very compact processor.

Notice the trend here. The rate at which AI-focused hardware product releases are happening is picking up.

First, it was Cerebras’ AI chip last August. Then it was NVIDIA’s A100 chip in May. Now it’s Graphcore’s Colossus Mk2 just a few months later.

And remember, these chips are the engines that power advanced AI software. The world’s leading scientists, researchers, and entrepreneurs are just now getting their hands on these incredible semiconductors. That means big breakthroughs are going to follow in the months ahead.

So let’s add Graphcore to our early stage watchlist. The company has raised $490.6 million in venture capital (VC) since its founding in 2016. It’s now valued at $1.6 billion.

One of the reasons that I started tracking Graphcore early on was when I noticed that Demis Hassabis was an angel investor. Hassabis is the founder of DeepMind, the UK-based AI company that Google acquired back in 2014. He is one of the best AI researchers in the world.

It’s always worth noting when one of the world’s top experts deploys their capital into a company in their area of expertise. And we can bet that Hassabis is using Graphcore’s tech to aid DeepMind’s research at Google. This is absolutely a company we need to follow.

Let’s finish up today with a question: Would you buy this product on the left in the image below? 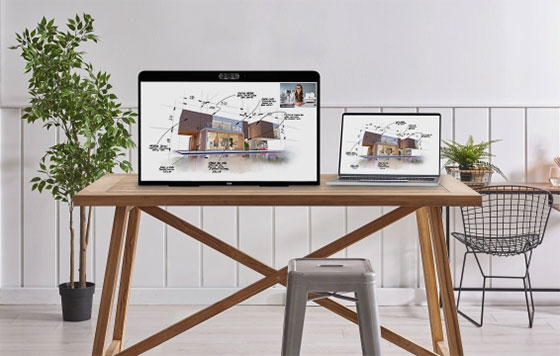 What we’re looking at is the newest product offering from Zoom Video Communications (ZM). It’s called “Zoom for Home.”

Zoom for Home is a standalone 27-inch screen equipped with three wide-angle cameras on the top and eight microphones. It looks like a large tablet. And, of course, it is preloaded with Zoom’s software platform for video communications. The company designed it to make Zoom calls as simple as touching the screen.

Zoom has seen an explosion of use on its platform since the outbreak of the COVID-19 pandemic. I’m sure many readers have participated in Zoom calls on their smartphone or home computer. And now Zoom is offering another way to do calls.

This is certainly a timely and ambitious product offering.

The idea of a video-enabled home device isn’t new. Facebook, Google, and Amazon have each designed similar and much smaller products the size of a small handheld tablet.

But consumers just haven’t been very interested in these kinds of devices up to this point. Adoption has been low. That’s largely because these products don’t do anything that people can’t already do on their smartphones, tablets, and laptops.

Of course, it’s a whole new ball game now. COVID-19 has resulted in far more people working from home than ever before. And I know that many of us are getting really tired of poor experiences on Zoom calls. Common complaints involve jittery video, audio delays, people talking over each other, bad lighting, and difficulty collaborating.

So I think it is smart for Zoom to give this product a shot. If something like this ever had a chance to work, it is now.

That said, I don’t think this will be successful.

For one, Zoom works well enough on smartphones, laptops, desktops, and tablets already. And consumers don’t need to shell out $599 to use it.

Plus, who has the extra countertop space for this thing?

And here’s the kicker – the three cameras and enhanced audio features will require even more bandwidth. Zoom calls already suffer from latency and bandwidth problems.

The problems that can make Zoom calls, or any other videoconferencing service, a miserable experience won’t be fixed by this device. They might even get a bit worse.

So I’m skeptical. But like I said, I think it is worth the shot. And Zoom was smart about how it went about developing this product.

Instead of trying to do it in-house, Zoom partnered with a company called DTEN. The terms of the agreement were not released, but I suspect DTEN paid for the bulk of the screen development costs in exchange for a big revenue split based on Zoom’s popularity.

That means Zoom probably doesn’t have much to lose with this launch. It will be interesting to see how it does.

Remote work is not going away. This trend will persist long after the pandemic is behind us. And the world is in desperate need of a product and service that will eliminate the quality problems that I outlined above.

But I’d be interested to hear what readers think. Would readers ever use a product like this? You can write to me with your answers here.

This is not a recommendation to buy Zoom Video Communications (ZM). The stock is trading at an absurd 82 enterprise value-to-sales ratio. Investing at these levels will only result in the loss of capital.

P.S. And if you haven’t already, I encourage you to go right here.
As readers of The Bleeding Edge know, we are entering a “golden age” for biotechnology. I’ll share more insights on that tomorrow.

That’s why I’m hosting my first-ever biotech master class on August 5 at 8 p.m. ET. During the event, I’ll take you to the biotech capital of the world and show you what’s in store for this sector. I’ll also give details of my No. 1 biotech stock to own today. Based on my analysis, 1,000% returns are on the table with this stock. Go right here to reserve your spot.