Before we get today’s issue, just one last reminder…

Tomorrow is your last chance to claim your early-bird ticket to the second annual Legacy Investment Summit.

Remember, this is a subscribers-only event in Southern California this September. This year, I’m presenting on a technology that is on the bleeding edge of progress. And it’s just now starting to hit the mainstream. That’s all I can say for now. I hope to see you there.

Tickets are still selling at a 23% discount. But not for much longer. Reserve your spot here.

One of the most interesting applications of CRISPR genetic editing technology was just demonstrated on the International Space Station. That’s right… while orbiting Earth.

Remember, CRISPR technology is like software programming for DNA. Basically, CRISPR allows scientists to “edit” a genetic mutation in our DNA and replace it with the “healthy” or “correct” version of itself without the mutation.

So the U.S. National Laboratory recently held a national competition for designing a genetic editing test in space. It called it the “Genes in Space” program.

Here’s the incredible part… A group of high school students from Minnesota won. They used CRISPR to edit a yeast’s genome so that scientists could analyze how the DNA would repair itself from mutations caused by radiation.

In space, the human body is exposed to radiation levels that are 30 times higher than those we experience on Earth. It breaks down human DNA. And that affects the nervous system… mental capacity… motor skills… and, of course, the risk of cancer.

Simply put, radiation is the biggest challenge that we are facing for human space exploration.

With more development, CRISPR has the potential to reverse the damage to DNA caused by radiation. That’s very exciting for the prospects of future space travel.

And there’s an even bigger picture here…

I mean, think about it – high school students figured out how to do this. They used CRISPR technology and a handheld genetic sequencer that’s off the shelf. They didn’t need a million-dollar lab.

With CRISPR, we have turned human DNA into software code. The tools are so cheap and easy to use that there are no barriers to entry. That’s a recipe for exponential growth.

The U.S. Postal Service (USPS) just began a two-week test of self-driving trucks. The trucks will deliver mail from Phoenix to Dallas in full self-driving mode. And they will have one human on board as a safety precaution.

This is impressive. It is not often that a government organization uses bleeding-edge technology before it goes mainstream.

But this is out of absolute necessity. The USPS lost $3.9 billion in 2018… its 12th year in a row of annual losses. It spends $4 billion a year on independent highway trucking services to supplement its own operations.

Worse yet, there is a lack of truck drivers to call on. Many are retiring, creating a big gap with demand. This has made the cost of trucking services increase.

This technology would help solve that problem as well as dramatically cut the cost of long-haul mail delivery… which could also save taxpayer dollars.

There are logistical benefits, too. Self-driving trucks could make their run throughout the night… reducing truck traffic during peak traffic hours. These are times that are more difficult for human drivers and increase the chance of accidents.

And there is an interesting twist to this story…

The USPS is using TuSimple’s technology to power the self-driving trucks. TuSimple is a Chinese start-up company. 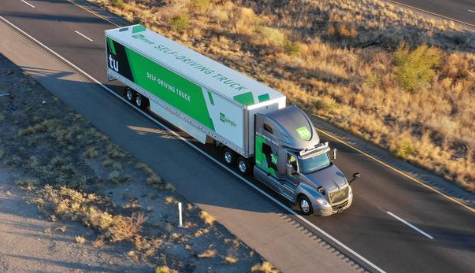 That is ironic given the current trade talks between the U.S. and China. Somehow, I doubt the Trump administration would be pleased with this… especially because there are U.S.-based alternatives.

Both Uber, through its acquisition of Otto, and a company called Starsky Robotics have advanced self-driving technology for the trucking industry that could be licensed.

Ultimately, I expect the trucking industry to be one of the first adopters of self-driving technology. The benefits of lower costs, safety, and reduced traffic are too big to ignore.

Get ready for brain implants…

Researchers at Brown University, with support from semiconductor giant Qualcomm, have developed tiny wireless brain implants called “neurograins.” These are 0.25 square millimeter implants that can rapidly communicate with external devices like a computer or a smartphone. 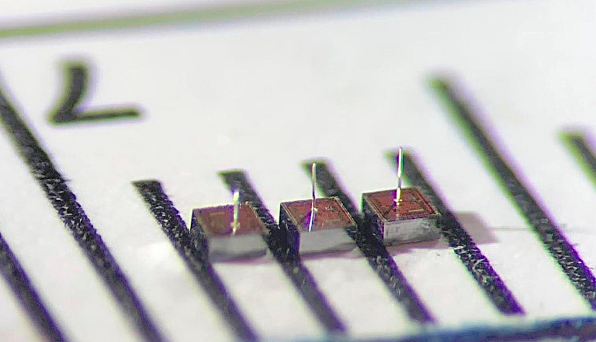 This is really bleeding-edge stuff…

This technology could allow you to control your computer and smartphone just by thinking about it… rather than moving a mouse or tapping a keypad.

What’s more, these implants can harvest energy from the brain’s electrical system. That means they do not need their own power source. And they can serve many purposes…

For paralysis or stroke victims, these implants could be paired with a smart wheelchair or prosthetic limbs to restore motor skills.

Thinking bigger, this technology could eventually give humans “superpowers.” The ability to communicate and control objects through thought is not that far off.

How we handle the ethical aspects of technology will be the biggest issue society will grapple with over the next 30 years.

In fact, I believe our ethical choices will lead to either a fantastic world of prosperity and abundance… or total chaos.

P.S. Do you have a question you’d like answered about today’s technology stories? Write me here. I’ll respond to you in our upcoming mailbag edition of The Bleeding Edge.